On your Adelboden ski holiday you’ll find this is one of the classic ski resorts of the Alps, a traditional mountain village in the Bernese Oberland which has been popular with British visitors for more than a century. The initial draw, before snow sports, was the spectacular scenery, and of course this is still a major attraction, with the Wildstrubel peak in particular towering thousands of metres above the resort. The accommodation on offer ranges from apartments to hotels such as the four star Cambrian.

Although only a mid-sized village, it punches above its weight for the size of its ski area – which with neighbouring Lenk and Frutigen is one of the largest in Switzerland – and also in terms of the long list of alternative activities on offer. There's everything from a fondue in an igloo to a visit to the new Tropical Centre at Frutigen, an amazing complex created when the new BASE rail tunnel from the north of the country cut travel times from Zurich by an hour or so. A by-product of the tunnel, which runs hundreds of metres below the mountain, is a constant flow of hot thermal water used by the Thermal Centre to cultivate tropical plants, with fruit used in local restaurants. In fact there’s so much to do here that guests tend to ski or board less and less. The village is a little spread out so you can expect to have to do some walking and it is predominantly German speaking, with few British voices to be heard.

The ski area stretches for more than six kilometres (four miles) as the crow flies and contains hundreds of kilometres of piste and a modern lift network. The region is most famous for its Chuenisbergli race course on which World Cup races are staged each January. It’s one of the few courses on the circuit that still sticks to its original route and is a major challenge for the best in the business. 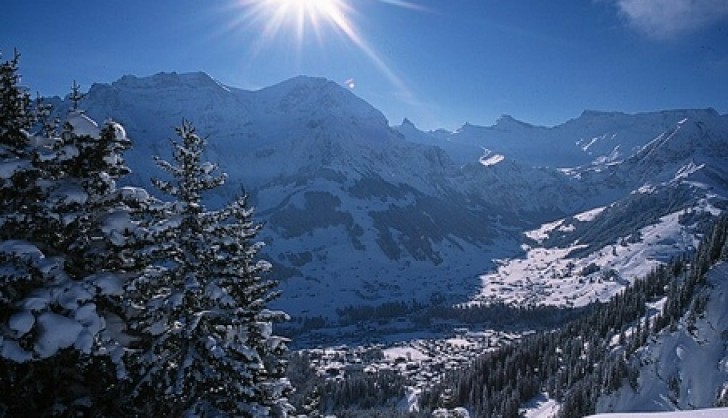