One of the world’s classic, and original, ski resorts, when you take a Grindelwald ski holiday you’ll be staying in the resort that has been welcoming winter guests for more than a century to its spectacular location in the Jungfrau mountains, with stunning views of the Eiger towering nearly 3,000 vertical metres above the village.

Grindelwald today is quite a large ski resort with as many as 50 hotels, most of them large and impressive three to five star establishments, providing much of the accommodation as well as the majority of the bars and restaurants. At its heart lies the railway station which is still a key route in, and indeed out above up to the ski slopes via Kleine Scheidegg and, if you like, on up to the highest rail station in Europe at Jungfraujoch (great for spectacular views and post-trip bragging, but unfortunately you can’t ski back down).

The resort is at one end of the Jungfrau ski region which takes in the Mannlichen area it shares with its neighbour Wengen, as well as its own separate ski area of First on the other side of the resort, and the more distant separate ski area of Murren which is a bit of a trek away.

If you are looking for acommodation in classic Grindelwald then have a look at our ski deals page. 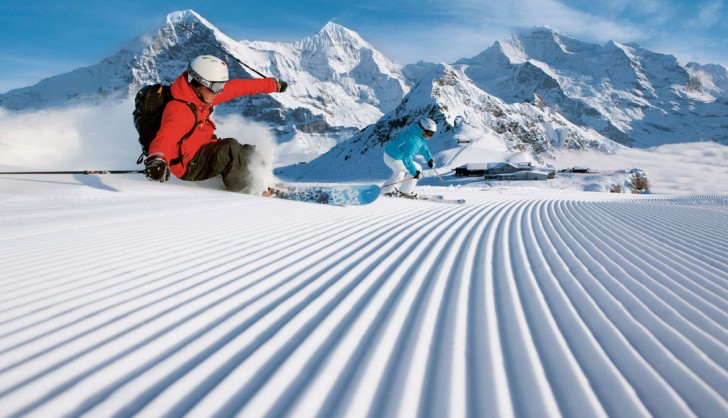