Distance to airports: 95km from Geneva

A classic in Swiss and world skiing, Gstaad has been famous for about a century when it first began to attract tourists thanks to the arrival of a railway line, which makes it one of the easiest resorts to reach from Geneva (in two hours) or Zurich (in three). Now it boasts a wide range of accommodation including several five star hotels.

Initially guests arrived just to enjoy the healthy climate but the village was one of the first to build a ski lift in the early 1930s and soon after realised that its new railway line could be used by skiers to reach ski hills above half a dozen neighbouring villages – you take a short walk to the station, hop on the train for 5 to 20 minutes depending on your choice, hop off the train and on to the lift, and another ski area awaits. That is still the basic skier’s day plan now but the ski slopes now cover more than 250km of partially lift-linked, but fully rail linked at its base, terrain. That’s with the exception of the mighty Glacier 3000 between Gstaad and the neighbouring village of Diablerets which is on the pass, but in its case you need to take a short bus ride to it.

Gstaad’s step up in to the elite of world skiing was also helped by the early creation of an exclusive Swiss finishing school which attracted the children of the world’s great and good from the 1920s and which in turn fuelled the need for a luxury hotel to house their visiting parents and early skiers. This was The Palace, a favourite of Sophia Loren among others, which remains one of the world’s best known and most opulent hotels to this day. 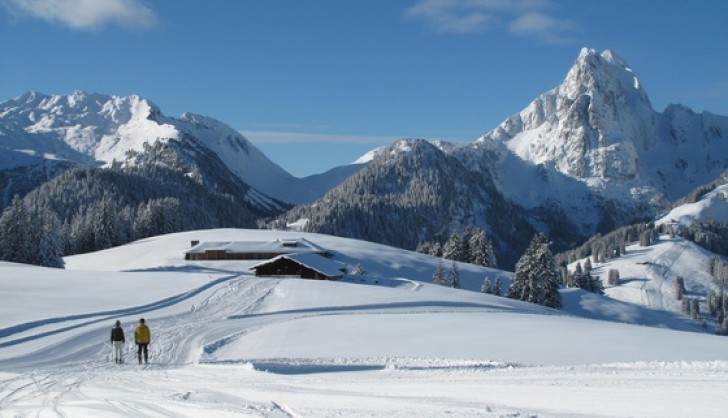