Distance to airports: 230 km to Geneva

A very special place, Mürren ski resort is world famous for all the right reasons. One of the most important resorts in world skiing – the first Alpine Skiing World championships were staged here more than 80 years ago, it has none-the-less maintained its modest size through the decades and remains almost completely unspoilt – a real slice of Alpine ski history still alive and well today.

Add to this the village’s stunning, high altitude location that help make it both snowsure and provide it with some of the most jaw-droppingly stunning views you’ll find anywhere of the mighty Jungfrau peaks around it, we’ve not seen better.

Now add to the mix a few final ingredients – one of the world’s biggest lift-served verticals, good resort facilities despite its size, a car-free village, some fantastic accommodation inlcuding the four star Hotel Eiger, a revolving restaurant that featured in and was financed by one of the classic James Bond movies and it’s hard to find a ski area with so many attractions and so few negatives, no surprise that it’s been popular with the Brits for more than a century.

No other small ski resort can offer as much as Mürren. There’s snow sure skiing from some of Europe’s highest slopes, an unspoilt village that has been welcoming British skiers for about a century and stunning views of some of the world’s most famous mountains including the Mönch and Eiger. 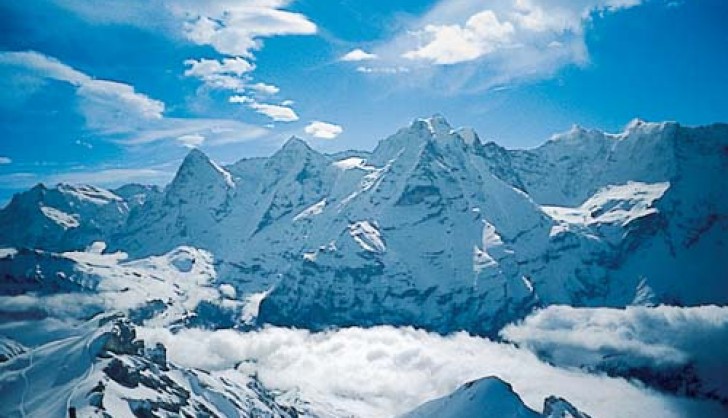