Chamonix is one of the most famous ski towns in the world and is high on the list of “must visit” destinations for any discerning skier or snowboarder. Each year people flock from far and wide to ski on its famous peaks and glaciers, enjoy the stunning scenery and soak up the cool vibe.

1. People have been skiing there for well over a hundred years

Skiing was first introduced to Chamonix at the end of the 19th century, and after hosting the first ever Winter Olympics in 1924, it quickly developed into one of the world’s first and best known ski resorts.

2. It sits at the foot of Mont Blanc

The mountains surrounding Chamonix are massive, and none more so than the majestic Mont Blanc which towers above them all. You’re constantly aware of its presence and it’s impossible not to look up with inordinate frequency to admire its sheer scale. 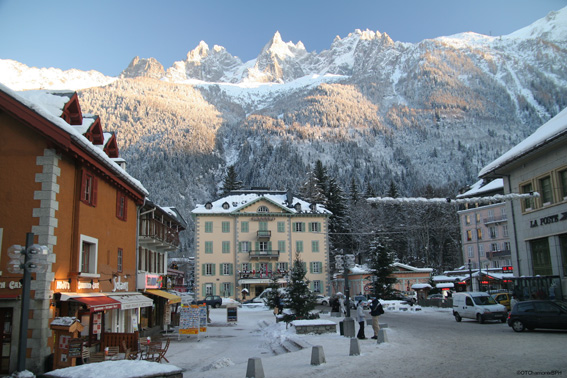 3. The scenery is overwhelming

Mont Blanc may be the highest of Chamonix’s landmarks, but there are many more equally stunning sights to behold. With jagged peaks in abundance and glaciers virtually spilling right into the town, you’ll never cease to be amazed by its beauty. 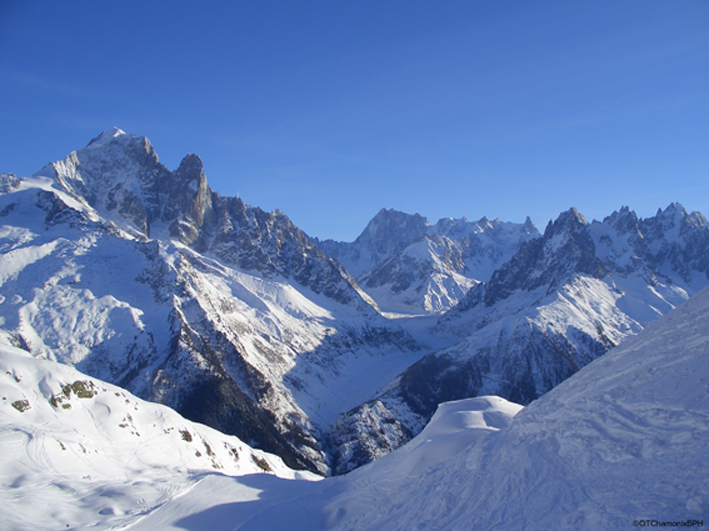 There can’t be many places in the world that have a glacier creeping into town, and Chamonix has more than one. As you drive into town you’ll pass the Bossons glacier, which looks like it’s about to devour the road, and the famous Mer de Glace snakes down the Vallée Blanche towards the other end of town where it can be accessed by the Montenvers railway.

Chamonix is synonymous with extreme sports and has some of the best backcountry skiing and snowboarding in the world. It regularly hosts stages of the Freeride World Tour and is a mecca not only for skiers and boarders but also for climbers, mountaineers, paragliders, base jumpers and wing suit fanatics. 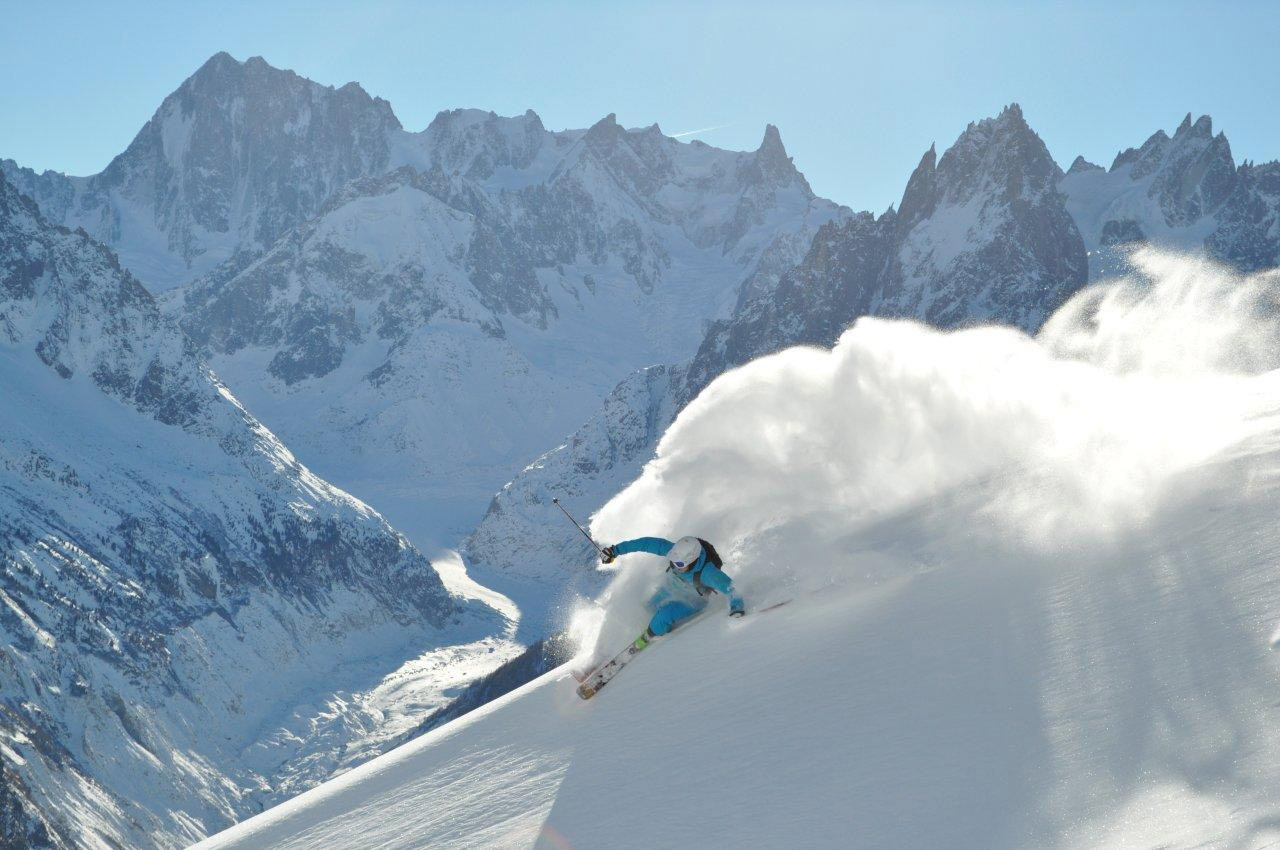 You don’t have to throw yourself down steep precipices to have a good time in Chamonix. With a wide range of cafes, bars and spas to choose from, extreme relaxing is also high on the agenda.

7. There are several different ski areas to choose from

Chamonix isn’t all about off piste skiing, and those who prefer to ski inbounds have several different ski areas to choose from. Le Brévent and Flégère are closest to the town centre and are linked by a cable car, while Les Grands Montets at Argentière, Le Tour, and Les Houches are a few kilometers out of town. All of the areas are connected by an efficient shuttle bus service or by train so you can easily ski more than one Chamonix ski area in a day. 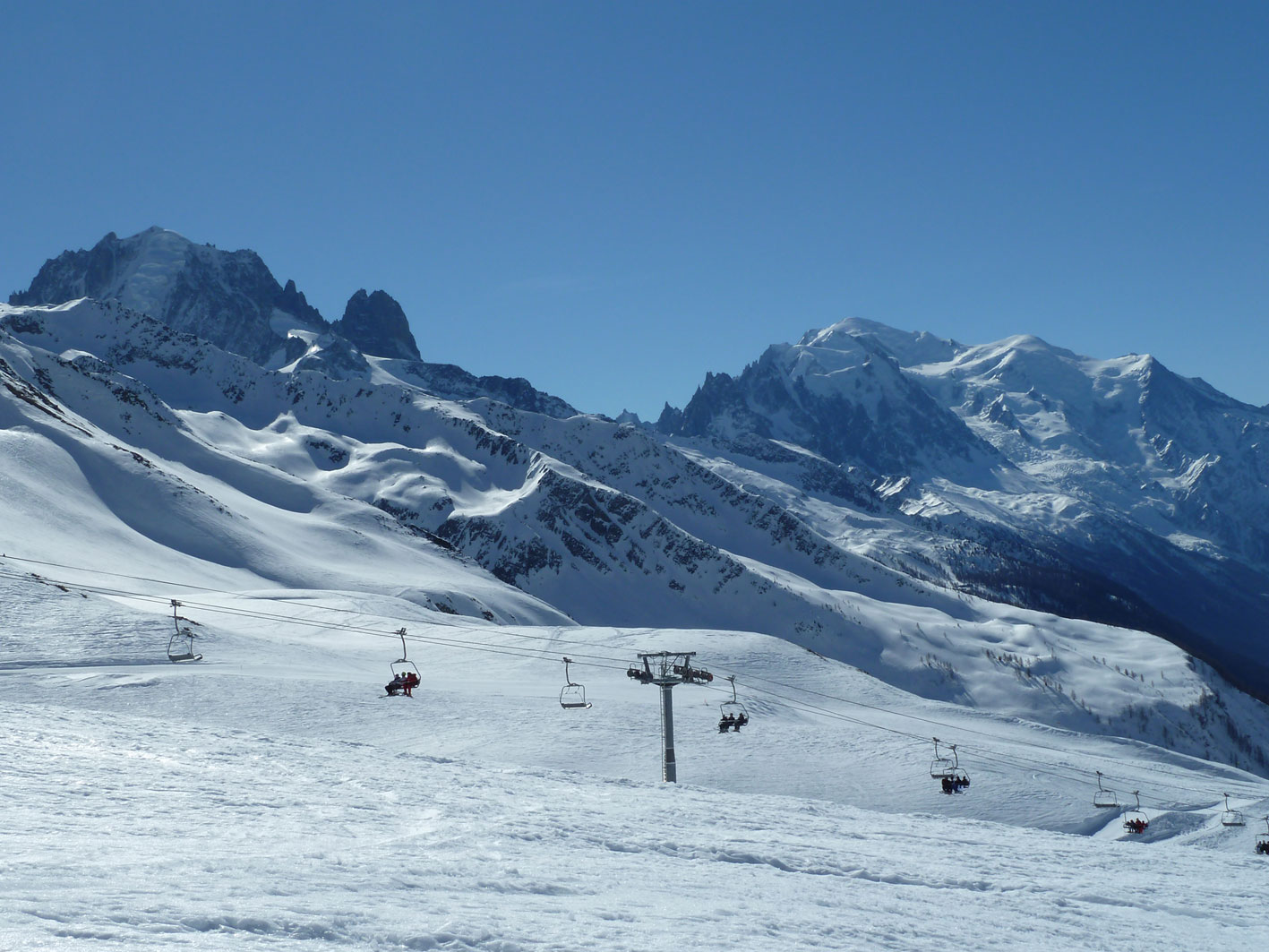 8. It has dedicated areas for beginners too

Contrary to popular belief, Chamonix isn’t just for experienced skiers. There are two dedicated beginners’ areas at Les Planards and Le Savoy where novices can make their first turns before graduating to the main ski areas.

9. It has one of the highest cable cars in the world

Even the cable cars in Chamonix are extreme. As long as you don’t suffer from vertigo, a ride up to the Aiguille du Midi is an absolute must. During a twenty-minute exhilarating journey, the cable car hoists you up to a height of 3777 metres, from where you can take a lift up to the needle itself at staggering 3842 metres. 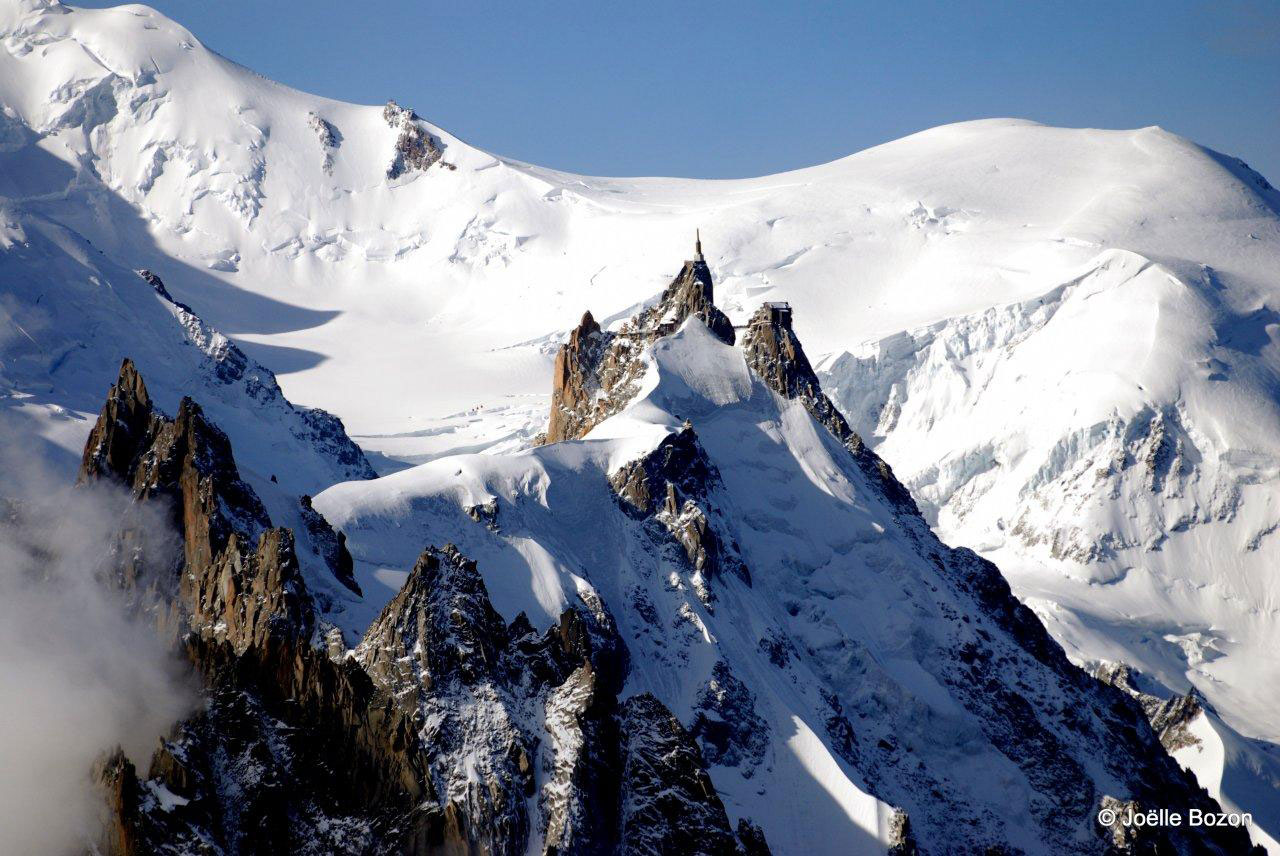 10. You can get up close and personal with Mont Blanc

When step out of the lift at the top of the Aiguille du Midi, it’s like entering another world. From the viewing platform you come face to face with Mont Blanc and can look down on the vast glaciers of the Vallee Blanche. Prepare to have your breath taken away, in more ways than one!

Not one for those with a fear of heights, the latest attraction at the Aiguille du Midi is a glass box jutting out from the top viewing platform, which gives the impression of being suspended in thin air above the expanse of rock, ice and snow far below.

12. …Then ski all the way back down again

You don’t just have to look at the glaciers from above. Those of an adventurous disposition can ski the 20km descent down the Vallée Blanche back to Chamonix. The most challenging part of this famous route is walking along the narrow ridge that accesses the glacier, which is definitely not for the faint hearted! The descent itself is suitable for most intermediate skiers and snowboarders but you’ll need guide to help you steer clear of the many crevasses! Those who’re not up for the challenge can just take the cable car back down.

There’s much more to Chamonix than just mountain sports. It’s also a really cool town with loads of great bars, restaurants and non-ski related activities to keep you entertained off the slopes.

14. It’s got great après and nightlife

You’re spoilt for choice for great bars and clubs in Chamonix, but one of the most popular haunts for après is Chambre Neuf, near the station, which has live music, DJs and people dancing on the tables most nights.

15. … and loads of great restaurants

There are so many excellent restaurants in Chamonix that you’ll be hard pressed to decide which one to go to. One that’s worth a mention is Moo, opposite Chambre Neuf, which does the most amazing gourmet burgers. And for the morning after the night before, the full English breakfast at Elevation will set you up for another great day on the slopes. 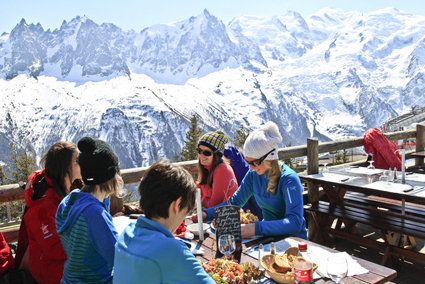 Chamonix is retail heaven, particularly if you’re shopping for ski, snowboard or outdoors equipment and clothing. All the big brands have shops here such as North Face, Volcom and Lib Tech/Roxy/Quicksilver, not to mention the countless other independent ski and snowboard shops. But it’s not all sports gear. There are also countless other shops ranging from gourmet chocolatiers to designer fashion boutiques, and there’s even a Chanel shop!

17. It has a fantastic sports and aquatic centre

If you want to partake in some non-snow related activities, head along to the Richard Bozon Sports Centre, a massive facility with aquatic centre, climbing wall, gym and Olympic sized ice rink. The aquatic centre is great for families and has a 25 metre pool, separate kid’s pool with waterfall, water jets and river rapids, and a 130 meter long water slide. It also has a solarium, hot tub, sauna and steam room, which is perfect for those looking to unwind after a day of extreme skiing, or shopping!