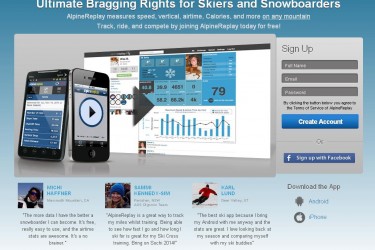 If you wanted to get access to any stats about your day skiing in the past you would either have to rent a GPS device for the day, or settle with the odd novelty speedometer placed next to the piste that measured your speed. At best you’d be provided with a piece of paper that that showed your top speed for the day and the vertical distance covered. If you were really lucky you’d get a laminated print that you could stick on the fridge when you got home. Although, in our experience the print-out just ends up getting stuffed into a suitcase and forgotten about.

We got chatting to David Lokshin, who has developed the new iPhone and Android App “AlpineReplay”, that does what all the old GPS devices did and much, much more. David gave us a run through of the App and introduced us to the team that developed it at their Headquarters in Huntington Beach, California.

Over to David to talk us through the App -

AlpineReplay gives skiers and snowboarders ultimate bragging rights. Using an iPhone or Android we measure your speed, airtime, vertical, calories, distance and more and allow you to compare and compete with your friends. You’ll be able to see a basic set of stats right on your phone and can log in from your PC at home to see more detailed stats, compare and compete against your friends, push your stats to Facebook and Twitter, and replay your runs in 3D. Check out the video embedded below to get a peak of what we’re all about. Did we mention this was all free?

The core team consists of five engineers who have been working on AlpineReplay for the better part of a year now. Our CEO is Anatole Lokshin who was formerly the CTO and VP of Magellan Navigation. Headquarters are Huntington Beach, California (the official Surf City, USA, by the way) but team members are spread out all over the globe.

Apart from the core team we have a designer from OOPM Creative who does some great work for us and is responsible for the overall look and feel of the site. Some part-time mobile work comes from Ann Arbor, MI. Taylor Horowitz, who started out as just an avid skier and AlpineReplay alpha tester, has joined the team to help with marketing and brand management out in Boulder (if you want some AR stickers. 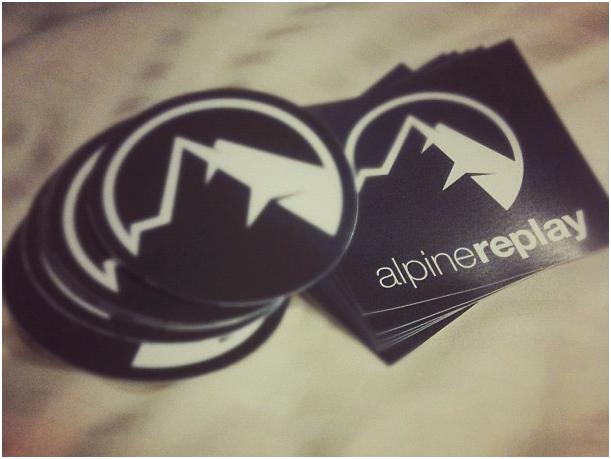 The nice part about having team members all over the world is we’ve gotten to hit some awesome snow. Home mountains include Mt. Baldy, Mammoth, Copper, Boyne, and a few slopes in Finland.

We love the snow. That’s why we created AlpineReplay. But that doesn’t mean that we spend a lot of time *playing* in the snow. Last year the team probably logged a cumulative 30 days skiing or snowboarding. We mostly watch data from other skiers and snowboarders roll in, day after day, as we write code, fix bugs, and release new features. There just aren’t that many opportunities to take the day off because we’re such a lean operation. Sounds cheeky, but seeing someone rave about AlpineReplay on a blog, Facebook, or adding new friends provides a similar sense of stoke that a really clean run in some fresh snow provides. Hopefully we’ll get more time on the snow now that the service is more mature; we’ve also agreed to a competition between us and the PowderBeds team, so we’ll have to make it up the mountain more!

If you have any questions about AlpineReplay, feel free to shoot one of our co-founders, David, an email at [email protected] We’d love to hear from you!