We’ve recently stumbled upon an interesting new design for a snow dome. It is still in the concept phase of development and is called Snowvolution. Based on the concept of a treadmill, it’s a giant slanted spinning disk. As it turns the ground and snow move uphill, allowing the skier to “ski” without actually moving.

It’s quite a bizarre concept and is fairly indescribable so we’ll let the video do the talking. Click here to see the video.

We’ve been chatting about the concept here at PowderBeds HQ and the general opinion was that the idea is certainly innovative, but a little bit crazy!

What’s wrong with ski lifts? Lifts are becoming better, more efficient, more comfortable and luxurious with heated seats, iPod docs and some are even fitted with saunas! 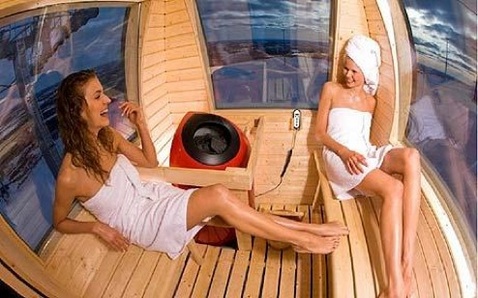 And what about the green concerns? Surely moving the ground instead of just skiers is massively energy inefficient? And finally, with the snowvolution concept you’re stationary all the time, you never move. Skiing is all about movement, the sensation of travel and the feeling of wind on your face and across your body.

But that’s just our opinion; we’d love to hear your thoughts on the Snowvolution Concept. Do you think it has the potential to take off, could it be the next big thing for indoor ski slopes? Or is it just another bad idea that would fall flat on its face in the dragons den?