Off piste skiing can either be one of the most exhilarating and amazing experiences you’ll ever have on the mountain, or potentially the worst. Which it is depends on how you approach it and your avalanche safety knowledge and preparation. Done safely and sensibly and you can reach some of the best terrain on the mountain and ski waste deep virgin powder, safe in the knowledge that the risk of an avalanche is low. 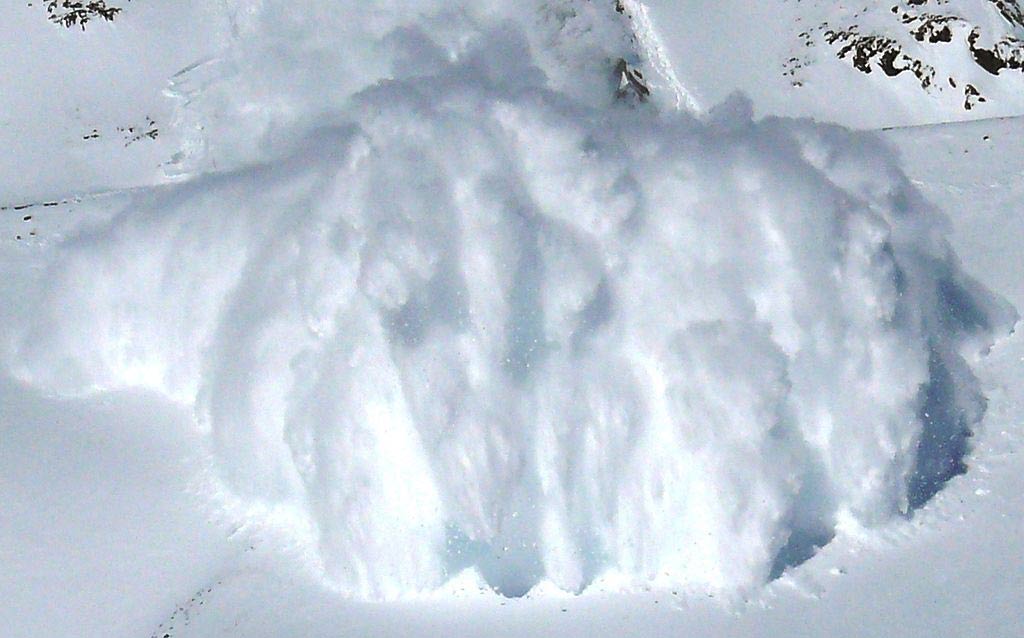 To venture off piste skiing without knowing what you’re doing or taking the necessary precautions could, and frequently does, end very badly.

We all know how dangerous the mountains can be and have heard numerous tragic tales of people falling victim to avalanches. It’s a hostile and unpredictable environment, and it takes a thorough knowledge of an area to be able to approach the backcountry safely. It not only involves navigation, but an in depth understanding of weather patterns and the snowpack. There are loads of guides out there who not only live and breathe the surrounding mountains, but are fully trained and experienced in mountain safety and avalanche awareness. Guides are readily available in all areas where there’s off piste terrain to explore and they’re not hugely expensive, especially for a group. Even with a guide, it’s not without risk, but you’ll be in much safer hands with an expert and you’ll get a lot more out of it. 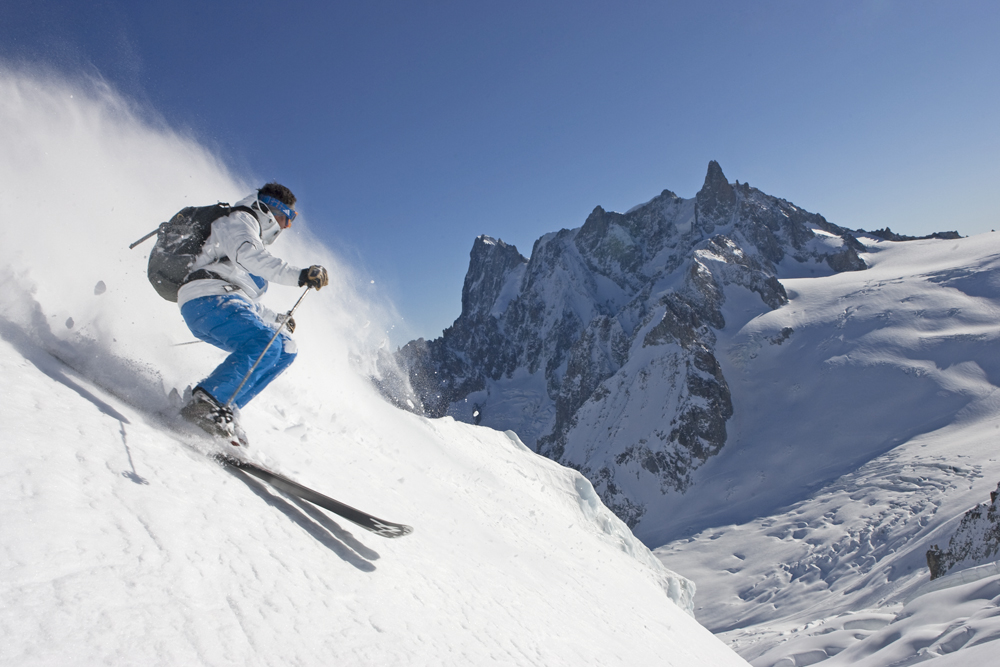 Even if you have a guide, it is a good idea to do a mountain safety and avalanche awareness course before venturing off piste skiing. After all, it’s all very well to have a guide to lead you, but if anything goes wrong, ultimately your life is in your own hands. There are plenty of courses, both in the UK and abroad, and it’s even possible to get tutorials online. Henry’s Avalanche Talk (http://www.henrysavalanchetalk.com) holds avalanche safety courses throughout the country and offers online tutorials to subscribers. There really is no substitute for a hands-on course though and Glenmore Lodge in Aviemore runs an excellent range of these. Check their website for details http://www.glenmorelodge.org.uk/index.asp.

If you’re heading skiing off piste it’s essential to be properly equipped. Hopefully you will never have to use most of the equipment, but in the event of an avalanche it could save your life or that of others in your group. Must have items include the following:

Transceiver – A device worn on the body which either transmits or receives an electromagnetic signal. In the event of an avalanche, those not buried can use their transceivers to locate others who are, thanks to the signal emitted by their devices.

Probe – Long retractable pole used to locate someone who has been buried by an avalanche.

Shovel – For digging for the buried victim once you’ve located them using your transceiver and probe.

ABS pack – Not so much an essential, but it will certainly increase your chances of survival if caught in an avalanche. When activated, the pack releases an airbag which helps to prevent you becoming buried by the avalanche and keeps you closer to the surface.

It goes without saying that there is no point carrying the equipment without knowing how to use it, so ensure that you do. This is a fundamental part of avalanche safety courses.

Always carry out a trailhead transmitter test at the beginning of every powder day to check that each member of your group’s transceiver is functioning correctly. Check that both the 'transmit' and 'search' mode of your transceivers are working properly and that each member has sufficient battery strength for the day ahead. Here’s a video that explains how to carry out this test:

Be aware of weather conditions and avalanche risk

There’s plenty of information on weather, snow conditions and avalanche risk in ski resorts, so make sure you check them before planning a trip into the backcountry. You’ll find up-to-date avalanche safety information and reports on off piste conditions at http://www.henrysavalanchetalk.com/ and http://pistehors.com/, but if you don’t have access to the internet the ski patrol will have comprehensive information on the off piste conditions and current avalanche risk. It’s also a good idea to speak to locals to find out where and where not to go, or better still, hire a guide!

Weather conditions have a massive impact on the stability of the snowpack, for example, heavy snowfall after a warm spell leads to a high avalanche risk. Avalanche risk is always clearly marked around resort, so pay attention to it. If it’s high, don’t even consider venturing off piste skiing. Here are a few factors to be aware of when skiing off piste:

Wind Direction - Accumulations of windblown snow are particularly vulnerable to slides and so having a clear understanding of the direction of the wind will allow you to identify severely wind loaded slopes that can trigger huge slab avalanches.

Direction of the Sun - Slopes that have been exposed to the sun for extended periods of time are much more likely to slide.

Temperature - rising and falling ambient temperature can significantly affect avalanche risk by creating heavy layers of snow that are more susceptible to sliding. Be aware recent avalanche activity and note which slope altitudes and aspects have been prone to avalanches.

Many insurance policies will cover you to go off piste skiing, but there are ones that don’t, so make sure you read the small print to ensure that you’re covered to do whatever you intend to do. Policies vary a lot and while some will cover you fully off piste, others will only cover you if you’re with a guide.

Mountain rescue and medical assistance is an expensive business, so you don’t want to risk having to foot the bill yourself, or worse still, leaving it to your nearest and dearest.

Test yourself by hiding a friend’s beacon and timing how long it takes for you to find it. You’ll be really surprised how hard it is so it’s well worth spending a bit of time getting well acquainted with your transceiver. Remember, avalanche survival rates dramatically drop after 15 minutes so this gives you a good idea of how quick you need to be.

Most of the don’ts are the opposite of the dos, and this one goes without saying, but it’s amazing how many people head off piste skiing in dangerous, avalanche prone areas without the appropriate equipment, and in adverse conditions. The golden rule of off piste skiing is, if in doubt, don’t do it. It’s not worth the risk.

Don’t go off piste skiing on your own

Another cardinal rule is never go off piste skiing on your own. When you think about it, it’s pretty obvious: if something happens, who’s there to help? Who knows where you are? And who even knows anything has happened? As with all activities which involve an element of risk, such as mountaineering and scuba diving, the old adage of ‘safety in numbers’ applies. A group of between three and five is optimal – any smaller and there is too much pressure on one person if you’re buddy gets caught in an avalanche; any larger and there’s a risk that the group will split up and fragment.

Obviously, by it’s very nature, off piste skiing or out of bounds skiing involves venturing beyond the limits that have been put in place by an area’s ski patrol. However, there’s a big difference between a sign that reads “Off piste, unpatrolled area. Ski at your own risk” and “High avalanche risk. Do not enter”. Be sensible and pay attention to warning signs. 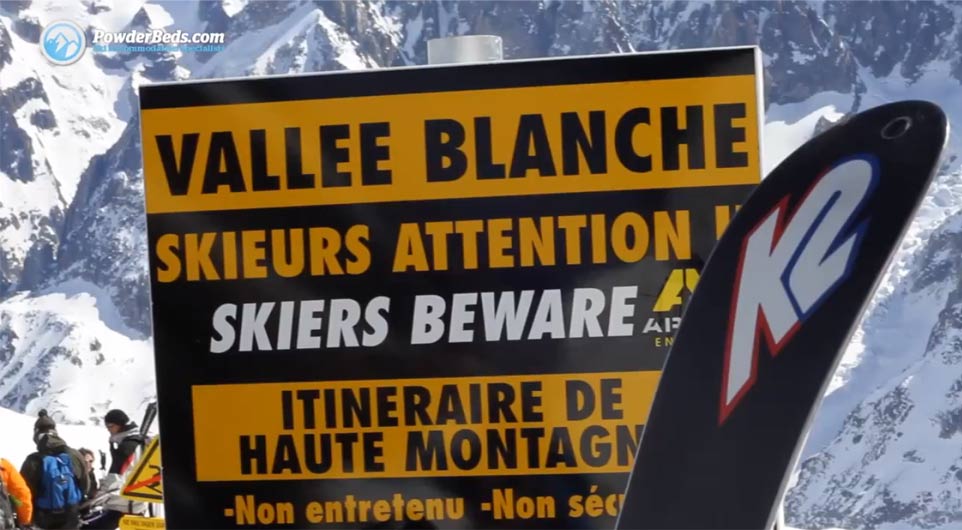 If you can see previous avalanche activity near or on the slope you’re about to ski, the chances are it’s unstable and very likely to slide. In this case choose another route or turn around and climb out. You’ll find at certain points throughout the winter particular slope aspects, altitudes and steepness will be have a much higher avalanche risk than others so take this into account when planning your powder day.

Don’t ski terrain that is particularly vulnerable to avalanches

Understand the terrain and its effect on avalanche safety when off piste skiing. There are a few terrain features and characteristics to be aware of that can significantly increase the risk of avalanches. It’s worth familiarising yourself with these as it will make it much easier to spot questionable or dangerous off piste routes in the heat of the moment:

Cornices - avalanches are often triggered by these breaking off and so unstable or large cornices should be avoided wherever possible.

Slope angle - the steeper the angle of the slope the more likely it is to slide. Slopes under 25 degrees won't slide so if you're at all worried about avalanche risk stick to routes that don't exceed this.

Ridges – ridges and mountain crests are usually well protected from avalanches so stay on ridges or buttresses if you can whilst skiing and climbing.

Lee slopes - slopes in the lee of the wind (the sheltered side of the wind) will accumulate more snow and so will be more likely to avalanche. You'll also usually find cornice build up over these slopes which will increase the risk of an avalanche being triggered.

The surface beneath the snow – smooth and flat surfaces below the snow are much more likely to slide than uneven or rocky ground.

If it feels dangerous or unsafe in any way, it probably is – always trust your gut feel.

Have we missed anything here? Are there any other essential avalanche safety tips that should be included in this blog? If so, leave a comment below; we’d love to hear your thoughts.