PowderBeds' own Rosie was worried that a broken fibula at New Year's meant no sking this season - disaster for any keen skier! However, less then three months later she was cruising perfect pistes in sunny Alpe d'Huez. Read on to find out how she made it happen.

After breaking my fibula a few months prior to my skiing holiday, I was so disappointed. I had a holiday to Alpe d’Huez planned with a group of friends, and I couldn’t bear the idea of missing out. However, after only 11 weeks, I managed to get back in my boots and spent a week carving up some beautiful corduroy in the sunshine. These are my top tips for getting back on the slopes after an injury.

Listen to your doctor

I was lucky - I had a simple spiral fracture of the fibula just above my ankle with no displacement of the bone, and I was relatively fit and healthy. My doctor told me right at the beginning that technically my bone would be healed and strong enough to ski 11 weeks from injury, with a phlegmatic, ‘You’ll just have to see how much it hurts.’ In some ways, great news! I would be okay to ski. On the other hand, I wish I’d paid a bit more attention to that little part about the pain… 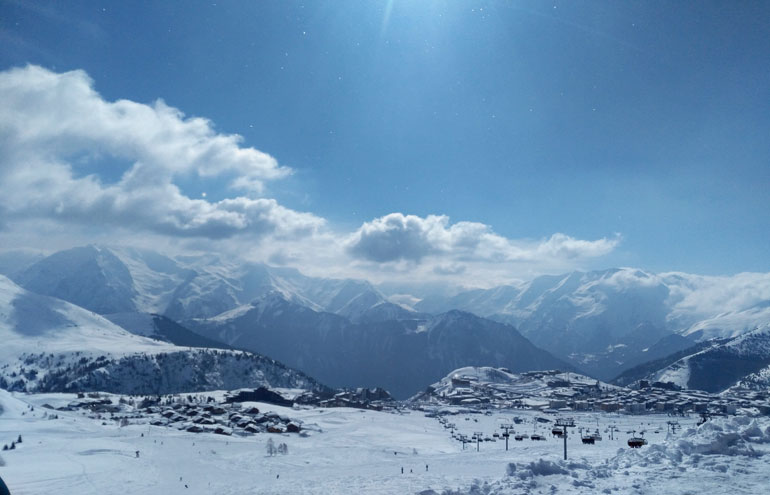 My physiotherapist agreed with the doctor that I would be able to ski, and gave me loads of exercises to do in preparation. While I’d been doing basic physio pretty much since I was injured, I got rid of my elbow crutch less than a month before my trip. I spent the intervening weeks furiously side-skipping around the living room to improve my lateral movement and wobbling one-legged on stacks of cushions to improve my balance on uneven surfaces. I also took up swimming, to exercise both my ankle and the rest of my body. It was a great way to get back a bit of overall fitness while being therapeutic for my leg. Having said that, everybody’s different and anybody recovering from an injury should take the advice of your own doctor or physio before doing any pre-ski exercises.

Overall the physio paid off. I was able to ski, although I learnt pretty quickly to avoid moguls and off-piste. However, it still hurt, and I wished that I’d managed my expectations better. I had definitely equated being able to ski with being able to ski pain-free. I ended up icing my ankle every night to bring down swelling and taking over-the-counter painkillers throughout, which impacted the rest of my holiday as they shouldn’t be mixed with alcohol – less than ideal for the afternoon and evening après sessions! 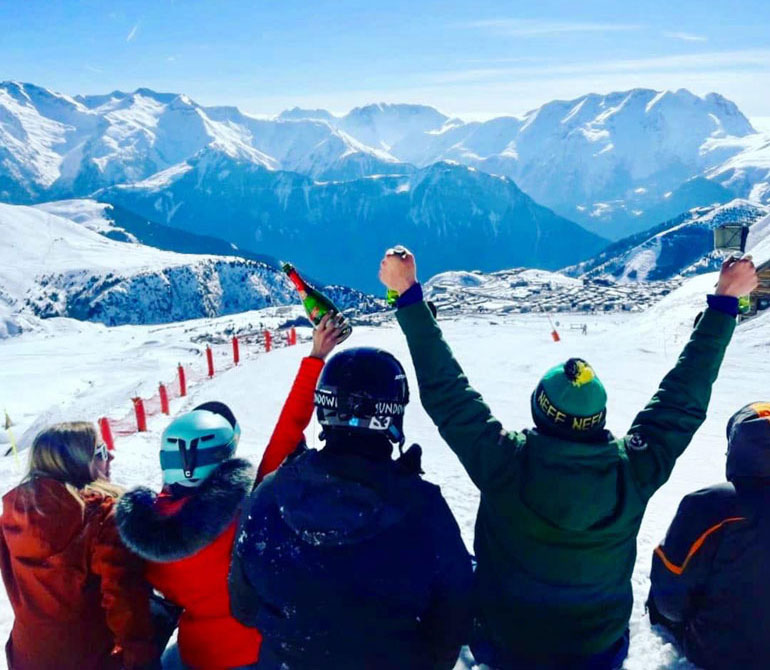 Since I was going skiing with a group of mixed level skiers with a few total beginners, when I booked I was lured in by Alpe d’Huez’s reputation for sunny south-facing pistes with lots of well-groomed greens and blues. As it turns out, this is also a good combination for those recovering from injury! With low temperatures and bluebird sunshine every day, the piste conditions stayed nearly perfect despite no fresh snow, and there were plenty of sunny terrasses for leisurely lunches. My favourite was L’Hermine, at the foot of the Font Froide piste in the underrated Auris area of the Grande Domaine, which did delicious crepes and hot chocolates at a better price than most mountain restaurants. 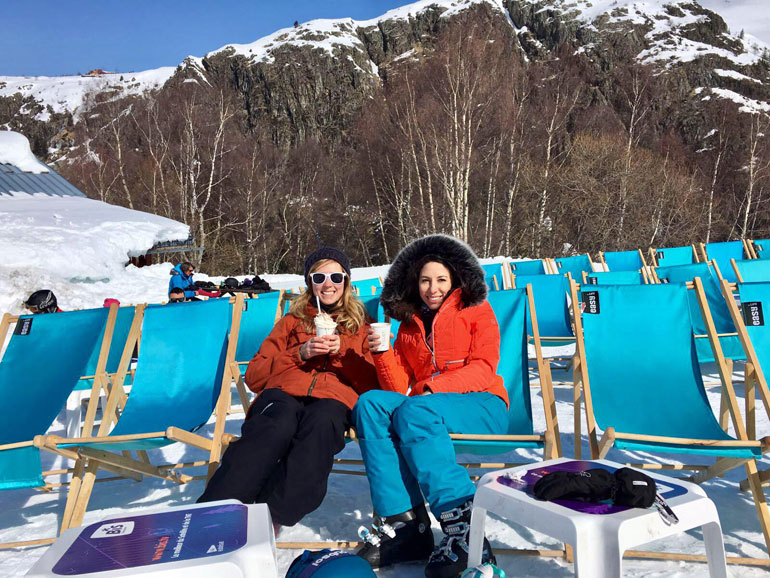 While I managed to get in some good hours on the mountain, I did take a few afternoons off to give my leg a rest. I’m normally a first-lifts-last-lifts keen bean but it turned out to be delightful to take a leisurely swim in the outdoor pool and lounge about in the sauna of my residence Les Bergers before the hordes came off the mountain. Furthermore, although in the end I didn’t have time, it was in my mind to book a session with a sit-ski. Traditionally thought of as skiing for the disabled, sit-skiing is now becoming a discipline in its own right like telemarking or snow biking. Having done it previously with the fantastic New Generation ski school I can vouch for how much fun it is!

Overall, don’t let an injury automatically spell the end of your holiday – just manage your expectations, be prepared to take it a bit easier than usual, and perhaps allocate a higher than normal budget for chocolat chaud! 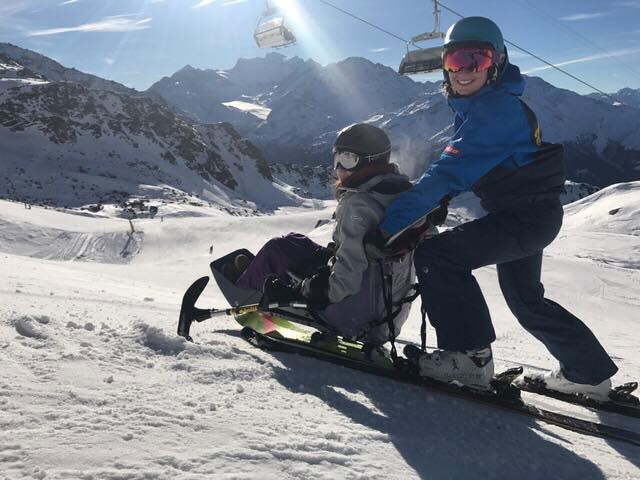