We're hugely excited about the Sochi Winter Olympics kicking off; especially given number of medal hopefuls we have in the GB team! The British team haven’t won a medal on snow in 90 years and we have at least 5 or 6 genuine skiing and snowboarding medal potentials to cheer for. With not long to go until the games kick off, here’s the lowdown on what our favourite ski and snowboard events are all about, where and when you can catch it on TV and who to cheer for from Team GB!

Slopestyle is the newest event to be added to the Winter Olympics roster. It also happens to be team GB’s best chance of a medal in Sochi with James Woods (Woodsy) and Katie Summerhayes tackling the course on their skis and a stellar line up of Jenny Jones, Aimee Fuller and Billy Morgan representing in snowboarding. Although it is new to the Olympic line up – slopestyle has been around at competitions such as the X Games for years and us Brits have been pretty successful at it; Jenny Jones has no less than 3 X Games Gold Medals to her name and Woodsy has bagged an X Games Bronze, along with the FIS Crystal Globe for best being best in his discipline for the 2012/13 season. 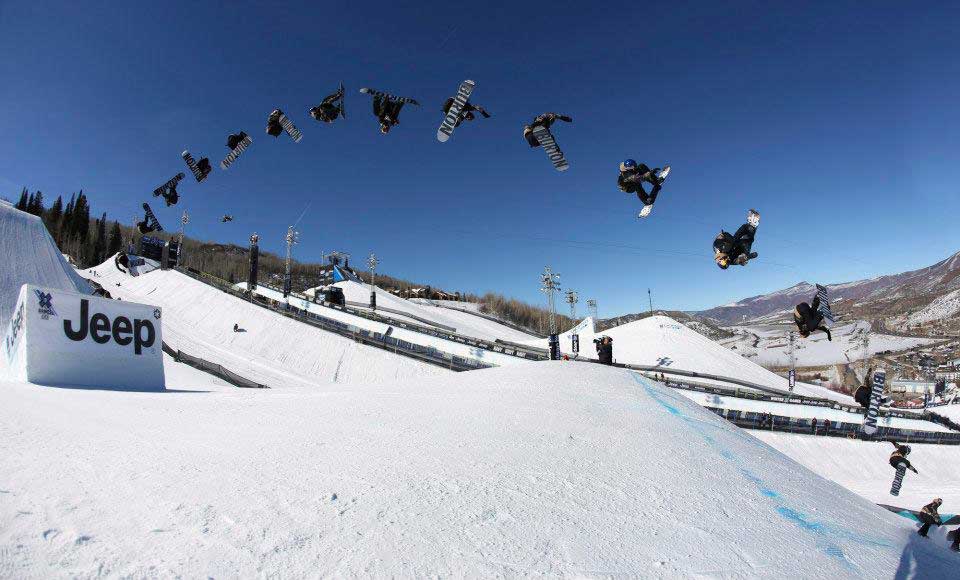 The course is set down 635m with a vertical drop of 151m there are 3 rail features followed by 3 kickers which get progressively larger, allowing the athletes to build up to their biggest tricks. The event is marked by a panel of judges who are looking for technically difficult tricks, big air time and a smooth execution and landing.

These are the Brits to cheer for: 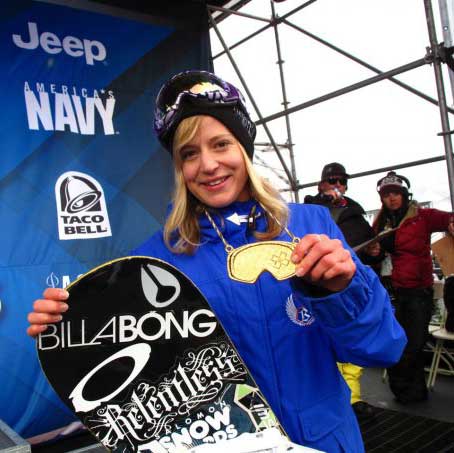 Keep your eyes peeled for Jenny Jones in the Women's Snowboarding Slopestyle. Jenny has been dominating this event for years, she more than deserves an Olympic medal to add to her already impressive X Games collection. 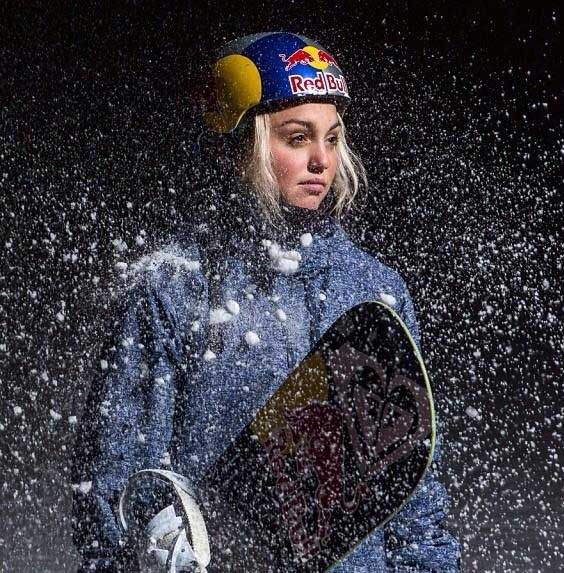 Aimee is another strong contender in Women’s Snowboarding event, she has one of the most impressive backflips on the tour – better than most of the boys! This will be her first Olympics and she’s been leading the pack recently, so definitely keep an eye on her in Sochi. 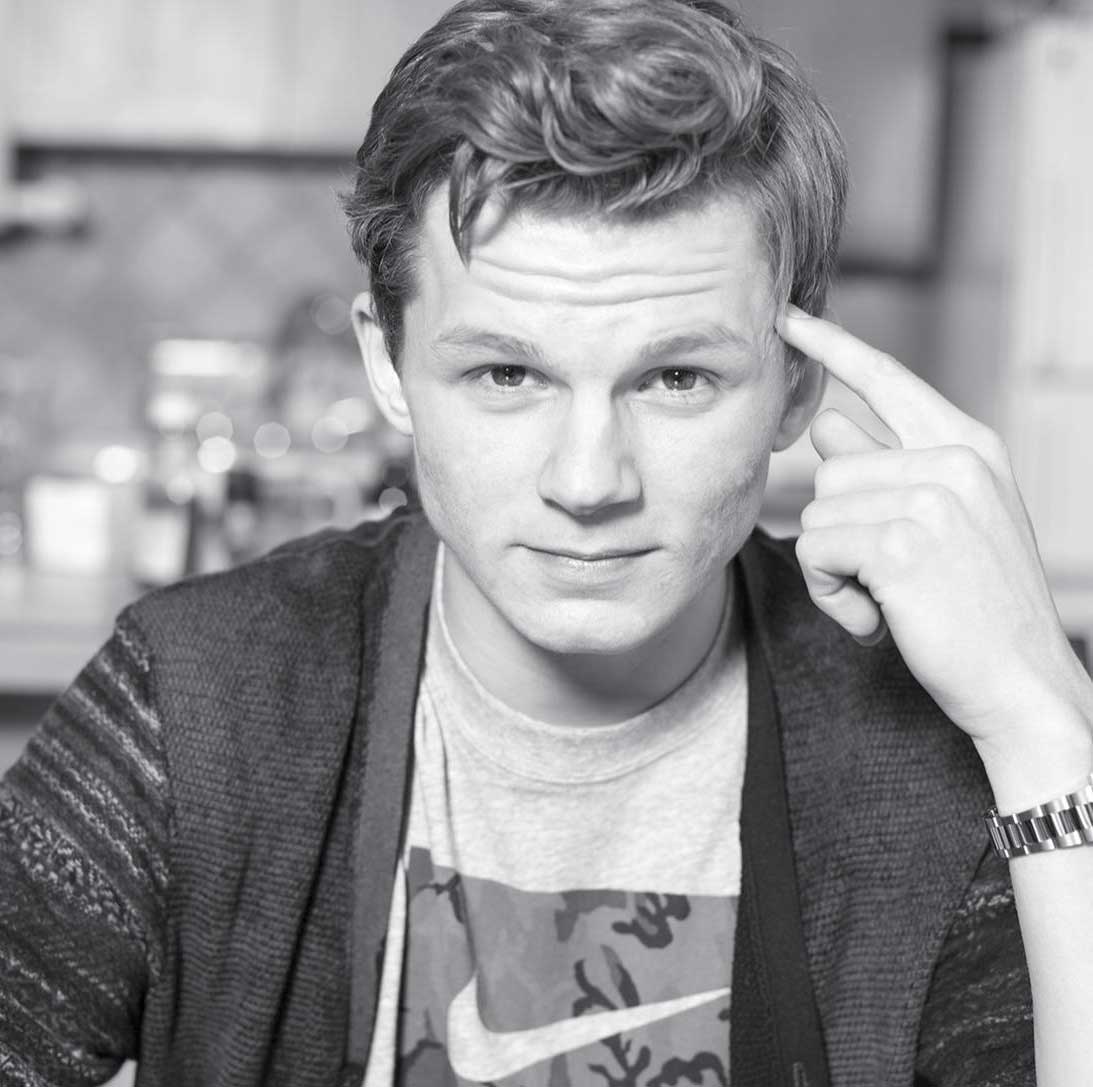 Jamie was pulling bigger tricks on his snowboard than you or I could dream of before he even left primary school! By the time he was 13, he was already considered one of the UK’s best riders. Having cut his teeth on competitions up and down the UK, before heading out to the Brits to really make a name for himself, Jamie has a wealth of competition experience which will stand him in good stead for his first Olympics in Sochi. 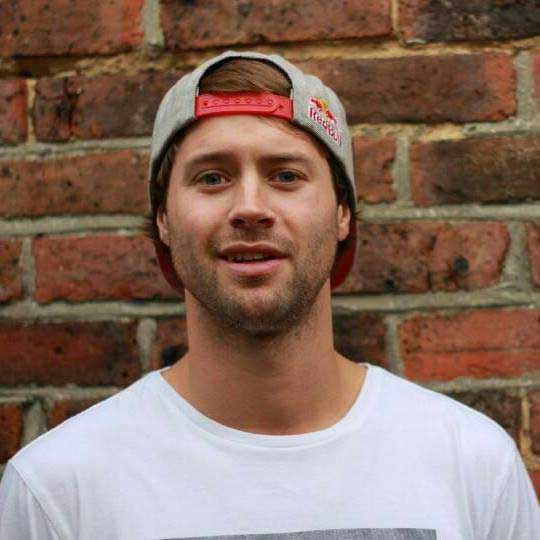 Billy is one the UK's biggest names in Snowboarding, and the world for that matter, Billy finished last season ranked 2nd on the FIS table. He first learnt to snowboard on a dryslope in Southampton, before he combined his gymnastic and snowboarding talents to land the world’s first triple rodeo in 2011 -  2 years before Shaun White managed to lay one down! 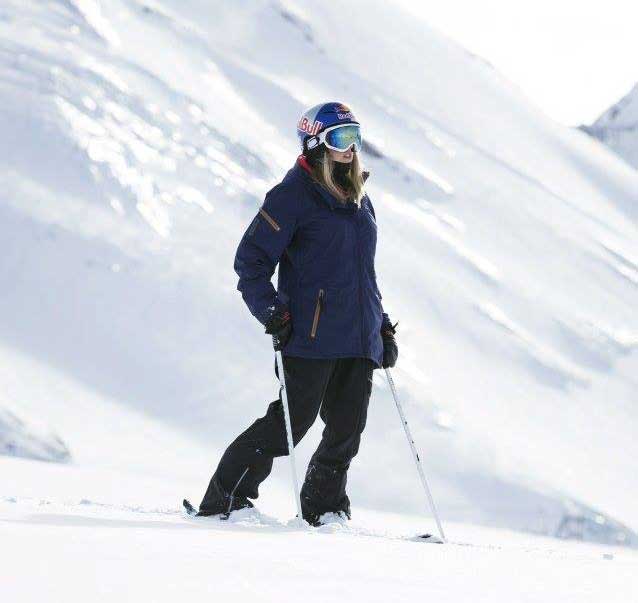 Although Katie is still a teenager, she has done much to impress us so far in her skiing career, excelling in both slopestyle and halfpipe events. Katie goes into Sochi on a high having just bagged a Silver medal in a Slopestyle World Cup event in Gstaad last week. 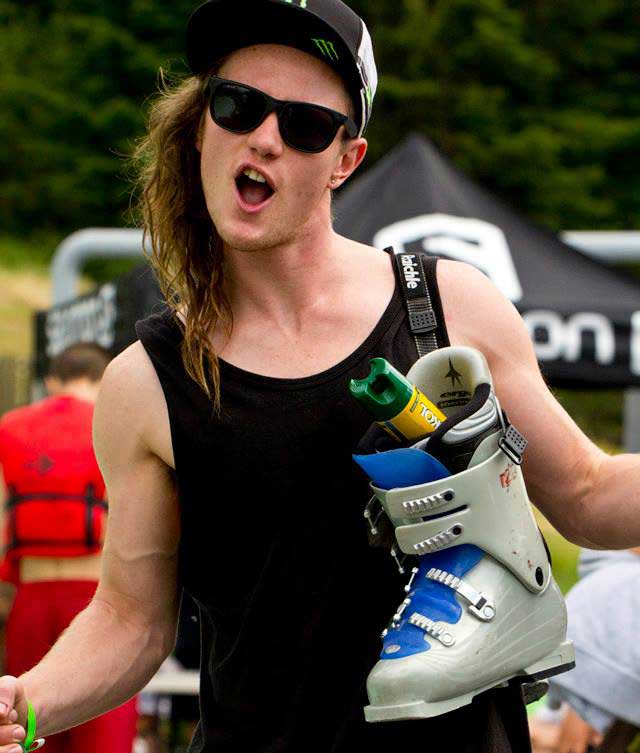 Otherwise known as Woodsy, James has been the face (and hair!) of freestyle skiing in the UK for a while now. He certainly can handle big competition having bagged a bronze medal at the X Games and the FIS Crystal Globe last year. It all started for Woodsy at Sheffield ski village, the birthplace of many a British freestyler and since he hit the snow he hasn't looked back. Woodsy is currently ranked No.1 in the world as he goes into the Olympics so we have high hopes for seeing this young man on the podium!

The halfpipe has been an Olympic event since 1998, and we have seen progression in the sport move quickly with athletes such as Shaun White pushing the boundaries of new tricks. The run is carved into a halfpipe shape and the riders use the sides of the pipe to gain speed to elevate them out of the top, where they can use the air time to perform tricks before landing back in the pipe and continuing down the run. 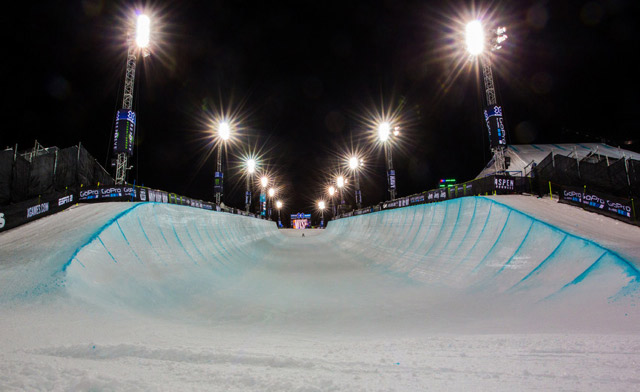 The event is judged by a panel using simiilar criteria as slopestyle; style, technichal difficulty and execution all play a part in the scoring system. This event attracts both skiers and snowboards and Team GB is particularly strong in this field, entering 2 snowboarders and 4 skiers! 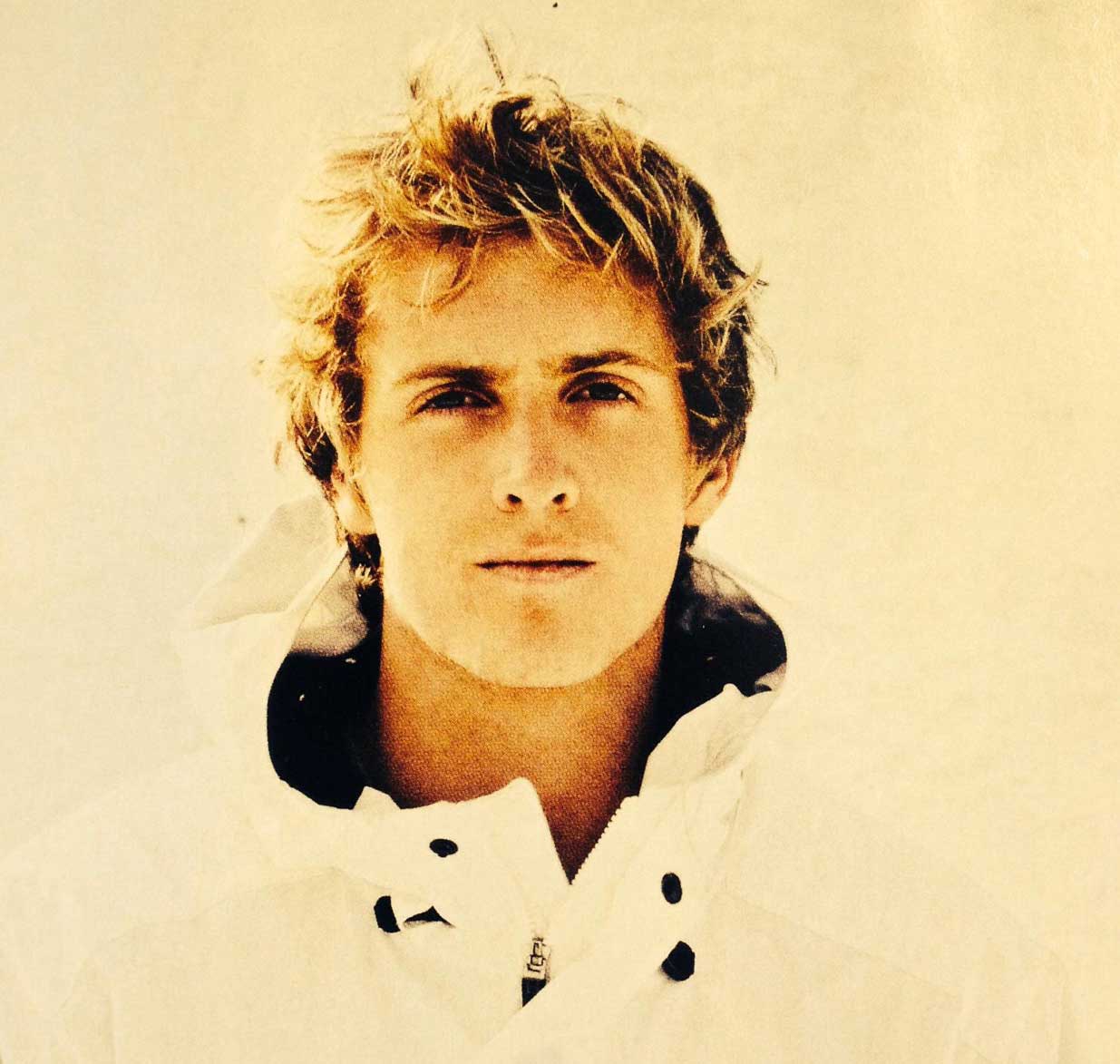 Having made his Olympic debut in Vancouver in 2010, Ben is one of the most experienced GB athletes heading to the games. Having made it to the semi-finals, narrowly missing out on the top 12, Ben is well placed to use this experience as he enters Sochi both mentally and physically stronger. 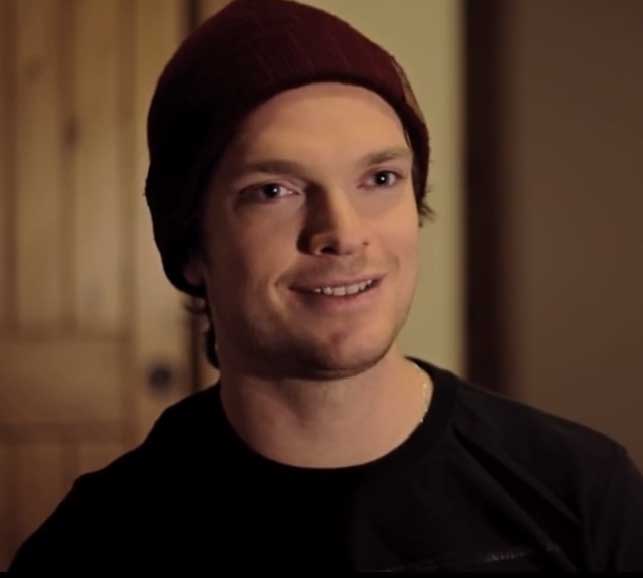 After a family ski holiday gave him a taste for it, Dom started out his snowboarding career at Sheffiled ski village, which conveniently had the world’s only dryslope halfpipe. So, before he even hit the snow, Dom could already land a 540... a pretty good start for his career! Dom now regularly competes at Europa and World Cup events and is looking forward to his first taste of the Olympics in Sochi. 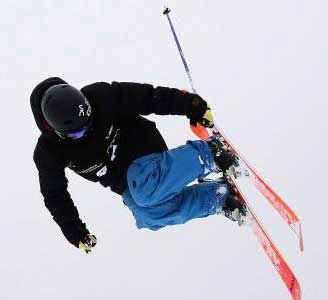 We are delighted to see Murray make it to the Olympics in Sochi, as a local Edinburgh lad we are thrilled to see him progress so far and take his skiing onto the world stage. Murray first started skiing at Hillend, his local dryslope and found a promising junior career in all four freestyle disciplines; slopestyle, big air, ski x and halfpipe. After entering into adult competition, Murray found his niche in the halfpipe and has been concentrating on this ever since. We can't wait to see what Murray brings to the pipe in Sochi! 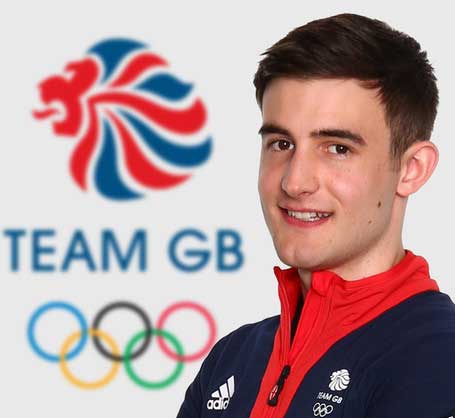 James first took to the halfpipe after learning to ski at the Sheffield Ski Village, along with several other members of Team GB. Since 2009, James has set a record by winning the British Halfpipe Championships an amazing 4 consecutive years! With that record behind him James is well placed to put in a strong performance in Sochi. 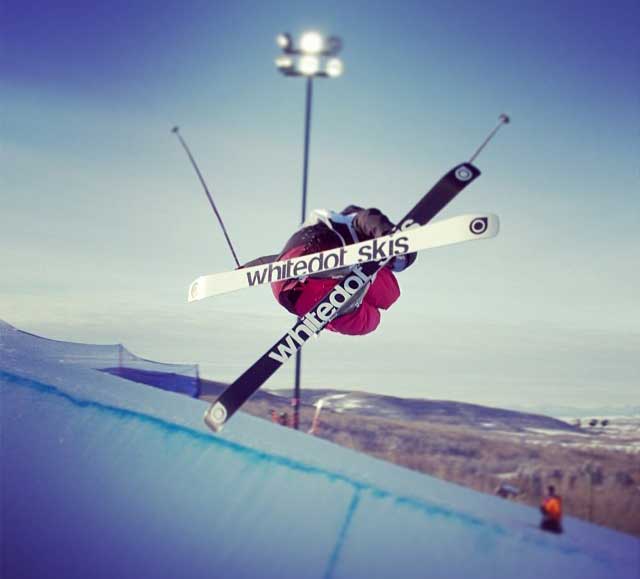 Emma is very experienced in ski competition having raced on the Alpine circuit for 16 years before moving her focus across to freestyle and more specifically, the halfpipe. Emma has found more success in this discipline and we hope it continues in Sochi! 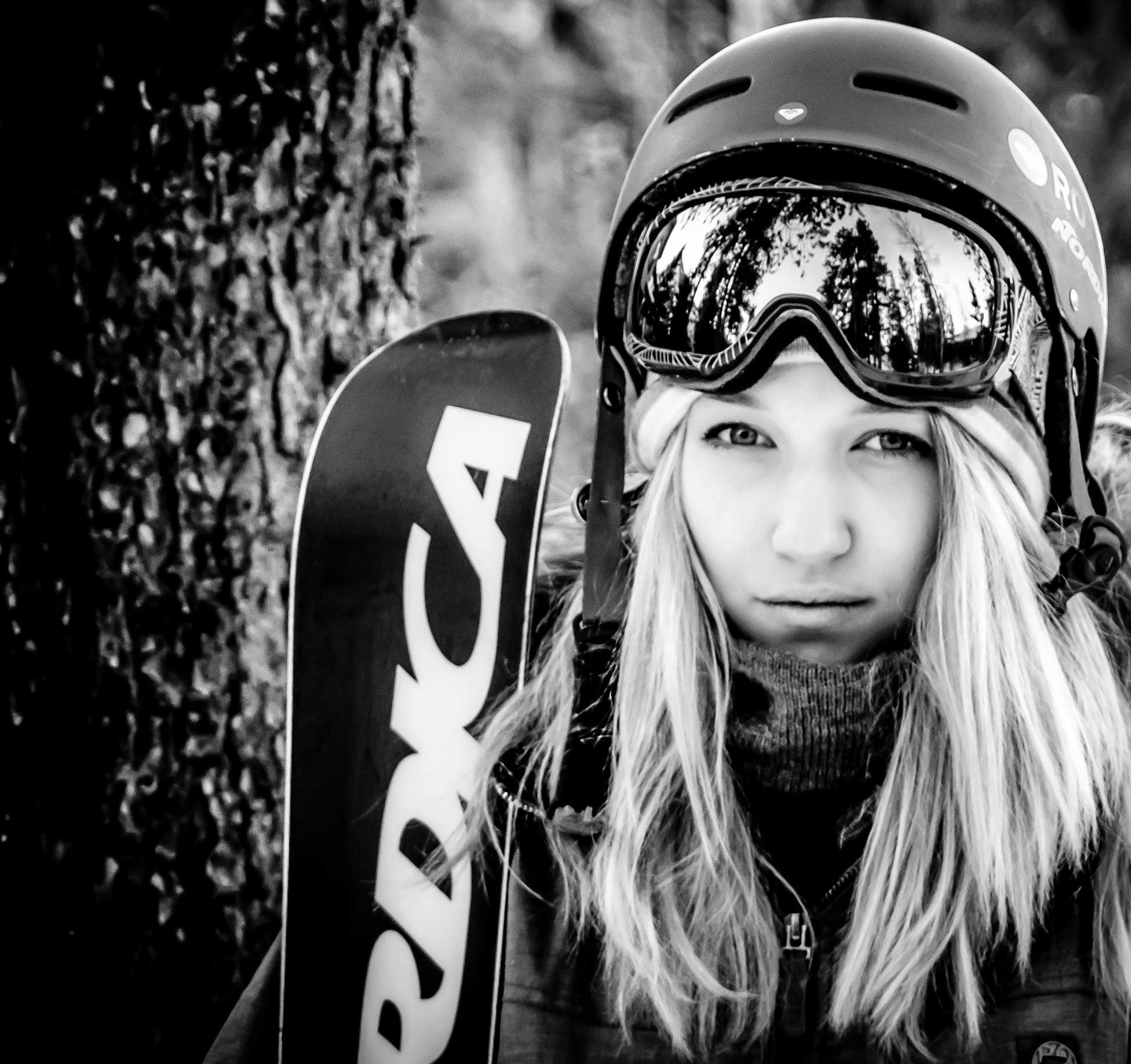 Having learnt to ski at an early age, Rowan first showed an interest in freestyle at the tender age of 11 and grew up attending freestyle camps in the Swiss Alps. Since joining Team GB full time, Rowan has come on leaps and bounds and we have high hopes for her Olympic debut in Sochi after she recently claimed Gold at a Halfpipe World Cup event in Calgary.

Ski and Snowboard X will no doubt, once again, be one of the most exciting events to watch at Sochi, it was certainly thrilling in Turin and Vancouver – remember Lindsey Jacobellis!? Ski and Snowboard X are the exciting head to head events where athletes race against each other down a course full of banked turns and kickers in a bid to cross the finish line first. The event runs in heats of 4 at a time, with the fastest two per heat progressing. 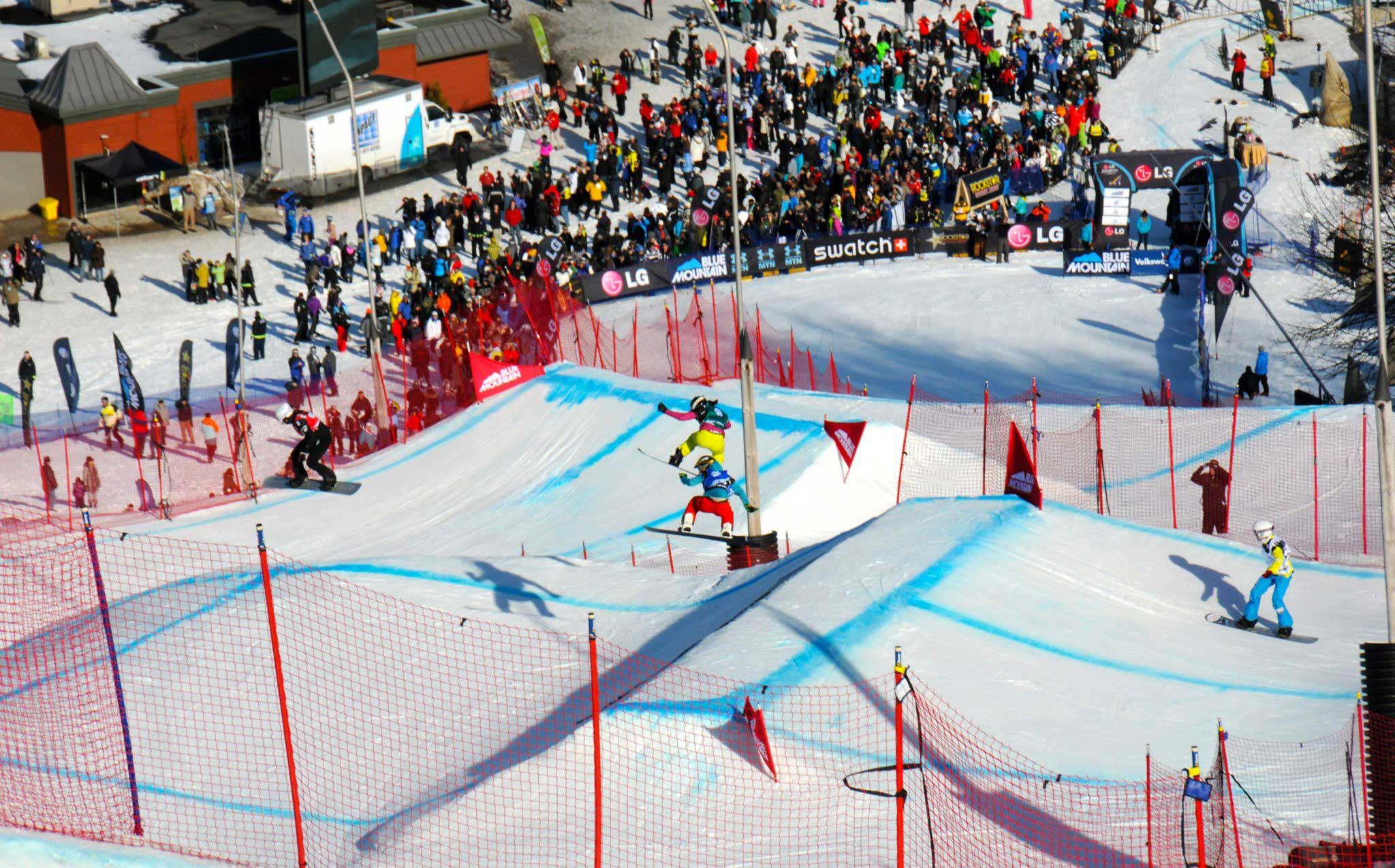 It’s pretty dog eat dog and one athlete falling can take out a whole field! It’s a sport at which we have been strong through the years with athletes such as Zoe Gillings forcing the UK to be recognised as a contender in the international arena. This will be Gillings’ 3rd Olympics competing in Snowboard X, having come 15th in Turin in 2006 and an impressive 8th in Vancouver in 2010.

Who to look out for: 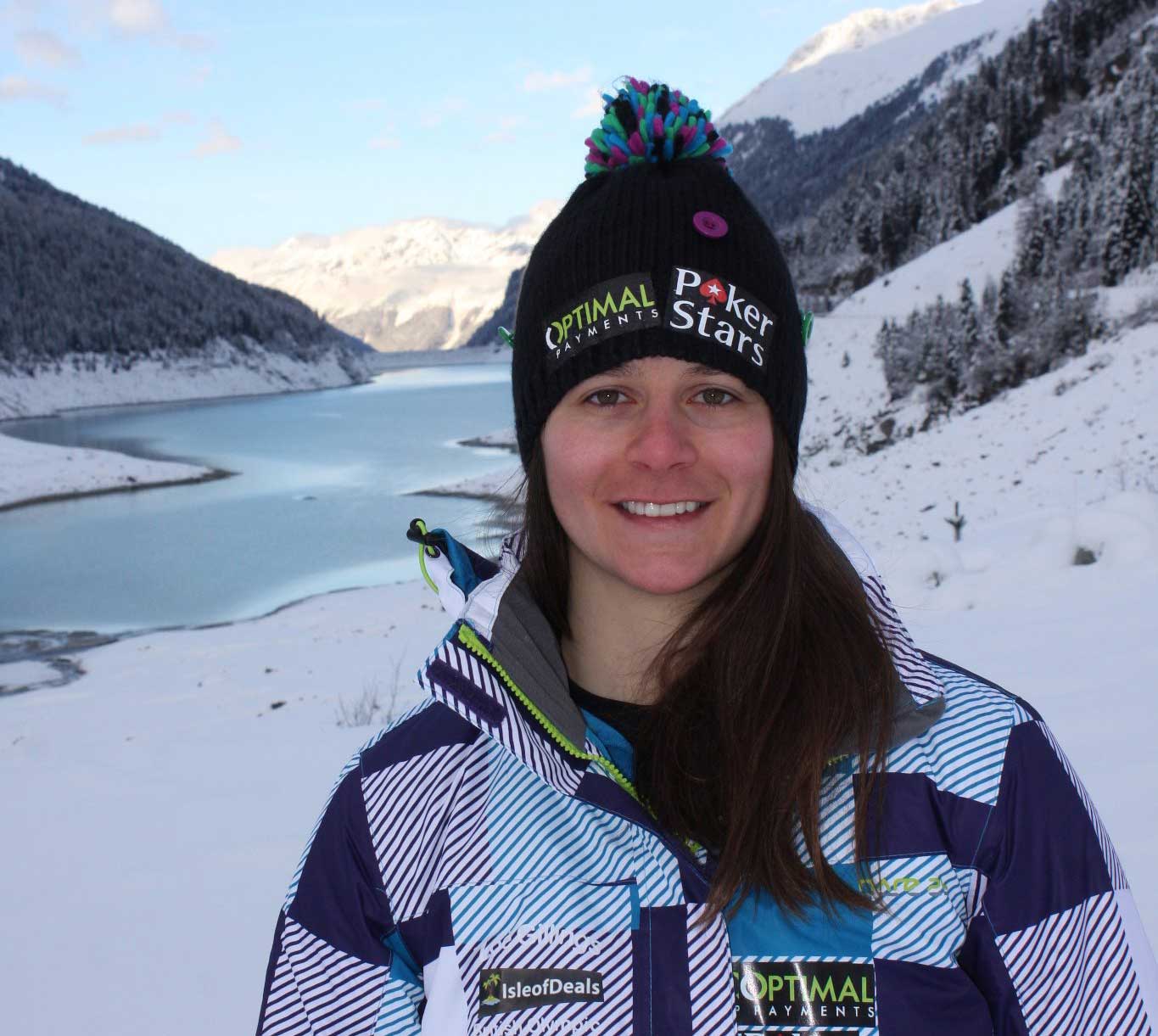 This brave 28 year old hopes that this could be her games after taking 8th place in Vancouver. Zoe has been competing full time since she was 16th and brings a wealth of experience to her campaign which we hope will help bring her to the podium in Sochi.

Whilst some of the most highly anticipated events at Sochi, such as slopestyle, will be making their first appearance at this year’s games, others such as the alpine disciplines of Slalom, Giant Slalom, Downhill and Super Combined have been around since the early 1900’s. There is a heritage, deep rooted in the mountains, where leather boots and straight skis once hurtled down the same world cups runs that are still raced on today. 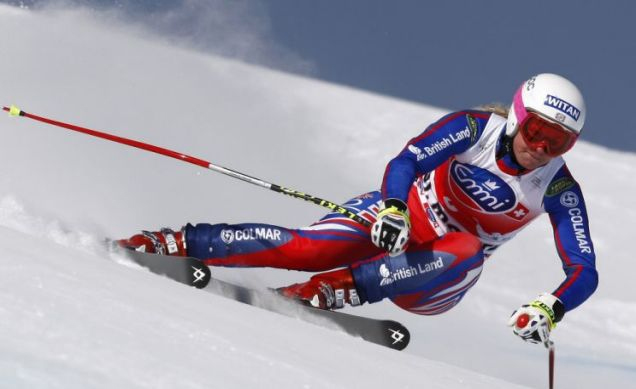 The downhill is perhaps the most primitive of the Sochi events; quite simply it’s a race to get to the bottom, staying within the few gated turns of the course. Sounds easy but add in speed of over 100mph and things get a little more spicy! The slalom is the second oldest discipline, with the first slalom being held in Mürren, Switzerland in 1922. Slalom is the slowest and shortest of the alpine races with racers aiming to make tight turns, close to the fall line to get through the 40 – 70 gates of the course. The giant slalom is a fast version of the slalom, with less gates and more descent. Finally the super combined is a combination of Slalom and downhill with the fastest combination of two runs over both courses being the winner. More recently, the snowboard giant slalom was added to the Olympic roster at Nagano, Japan in 1998 and then updated to be a parallel giant slalom (racing head to head) in 2002. 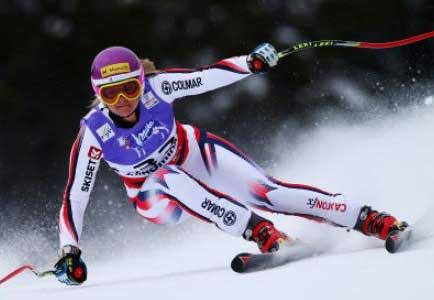 Chemmy is one of Team GB’s most high profile winter athletes and has been competing at the Olympics since Salt Lake in 2002. This will be her 4th consecutive Olympics and despite some ongoing trouble with injuries she is hoping it will be her most successful. Chemmy placed a respectable 11th in Vancouver in both the Downhill and the Super Combined. 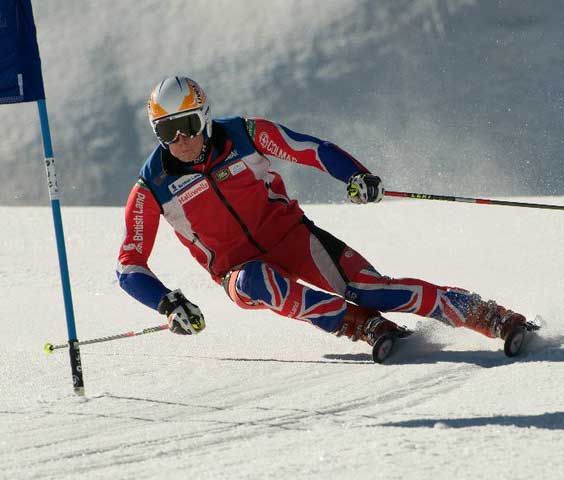 Dave is most comfortable on a Slalom and has progressed well since his debut Olympics where he places 27th in the Slalom in Vancouver, 2010. Since then, Dave has continued on to compete in Europa and World Cup and became the first British skier to win a Europa cup title when he stood on top of the podium as he won Gold in December, an excellent start to the season leading into the Olympics.

The BBC has dedicated over 200hrs of airtime to the Winter Olympics in Sochi, with Claire Balding taking her place at the helm of the coverage. Check it out on BBC 2 from 7am to 7pm from Friday February 7th. If, like us, you don’t have 12 hrs a day to dedicate to keeping up with what’s going down in Sochi then catch the round up show from 7pm-8pm each night when there will be coverage and highlights from the days top events. You can also hit your red button for up to 6 sports streaming live so you never have to miss a second of the action! Alternatively, keep up to date online on BBC Sport or Team GB Twitter.