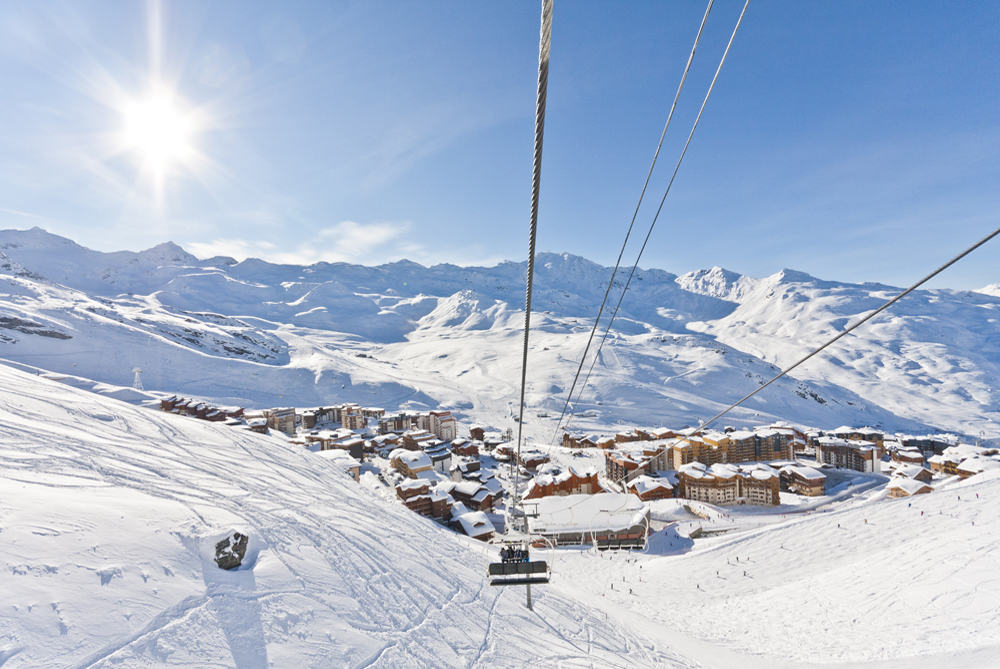 Pip has been skiing since she was 11 years old and competed in the formidable Courchevel Derby in 1999 coming second as well as completing the Scope Ski Challenge where she skied 15,000 vertical feet in just 6 days. With 6 years working in the French Alps and Colorado Rockies as well as 17 years of managerial experience in the British ski industry, you’ll be hard pushed to find someone who knows the French Alps better than Pip!

Where do the ski experts ski?

In February 2020 we took our first ski holiday as a family of 4 to Val Thorens. Our eldest is 6 and has been skiing before but it was our 3 years old’s first time on the slopes! When choosing a resort we had 3 criteria: good choice of English speaking ski schools, runs for all abilities so we could ski as a family and make the most of the more challenging runs when the boys were at ski school and finally, a range of off the slopes activities for when the kids were all skied out.

We stayed at the apartments in Le Hameau du Kashmir which are stunning ski-in ski-out 4-star apartments with hotel-style facilities including an indoor pool, spa, restaurant and sun-terrace with panoramic views. The ski-in/ ski-out access to Kashmir made access a breeze though it is worth noting for the ski out, the blue run down to the lifts can be a little tricky for absolute beginners. We loved the views from the indoor pool which looked into the valley and up into the mountains. The apartment was really well-equipped and had 2 bedrooms, 2 bathrooms and kitchen with both oven and microwave. This made it easy to cater for ourselves after a long day on the slopes with delivery of delicious ready-made frozen meals from Huski.

The Huski meals were especially convenient for the boys, they could choose their own individual meals and they could really easily be heated up in the oven or microwave making post ski school meals a breeze! The kids’ meals are excellent value at about €5.50 per meal and suited us perfectly because we didn’t want to eat out every evening. The lasagne and cottage pie were big hits with the boys! 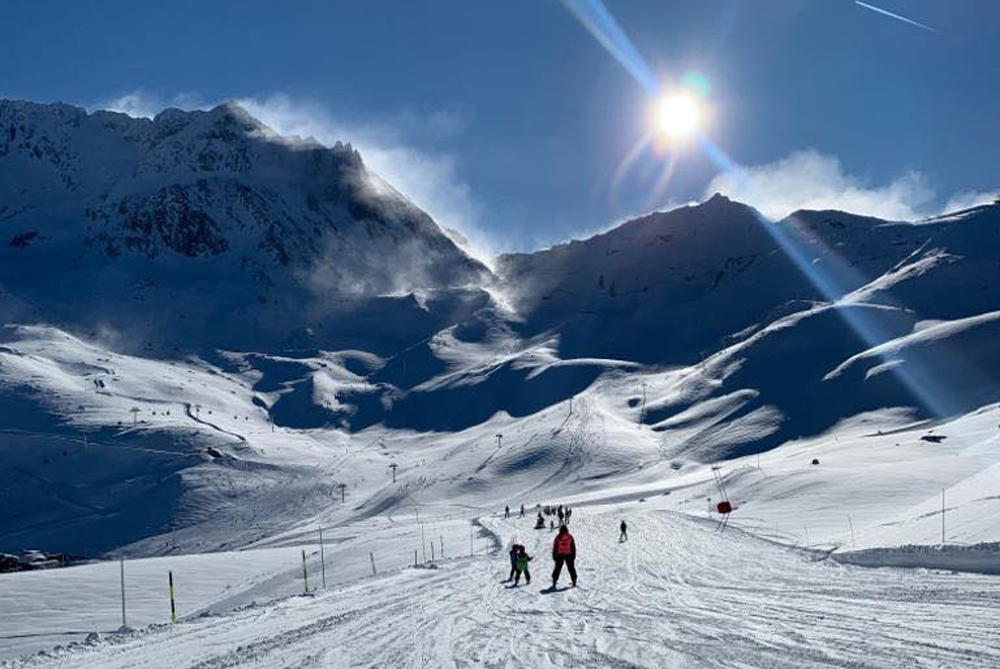 Whilst the boys were in ski school, we made the most of the vast amount of terrain the Val Thorens Valley has to offer. There really is something for all abilities and just an enormous amount of slopes to choose from. Despite it being the first week of the French school holidays it never felt crowded on the slopes and quite often we had the piste to ourselves and thoroughly enjoyed this small window of tranquillity during our stay! Whilst the boys were at ski school, my husband and I enjoyed the long cruisy runs from the Caron and Moraine Telecabines, the views were amazing! Val Thorens has a great range of blue and green runs for beginners to get around on so skiing as a family was a breeze. The best runs for the kids were both just off the 2 lacs chairlift where the Espace Junior kids’ snow park is located.

For ski school we used Prosneige for my youngest son who is 3 as there was a maximum of 6 in a class with two teachers and they have a fantastic little snow garden as well as a room inside with toys, a loo and TV where they stop for a break with a hot chocolate. The progression the children made in the week was astonishing, they were learning to jump on day 3 and on the chairlift by day 4 comfortably skiing green runs and he was even skiing backwards by the end of the week!

We used Oxygene for my eldest son who is 6 based on them being the only ski school in Val Thorens who have a maximum of 6 in a class for his age group. His Italian teacher, Alberto, was so patient and kind and immediately made my son feel at ease whilst making the lesson super fun. From day 1 they were playing in the snow park and by the end of his week he was skiing the boxes and starting to parallel turn on blue runs. 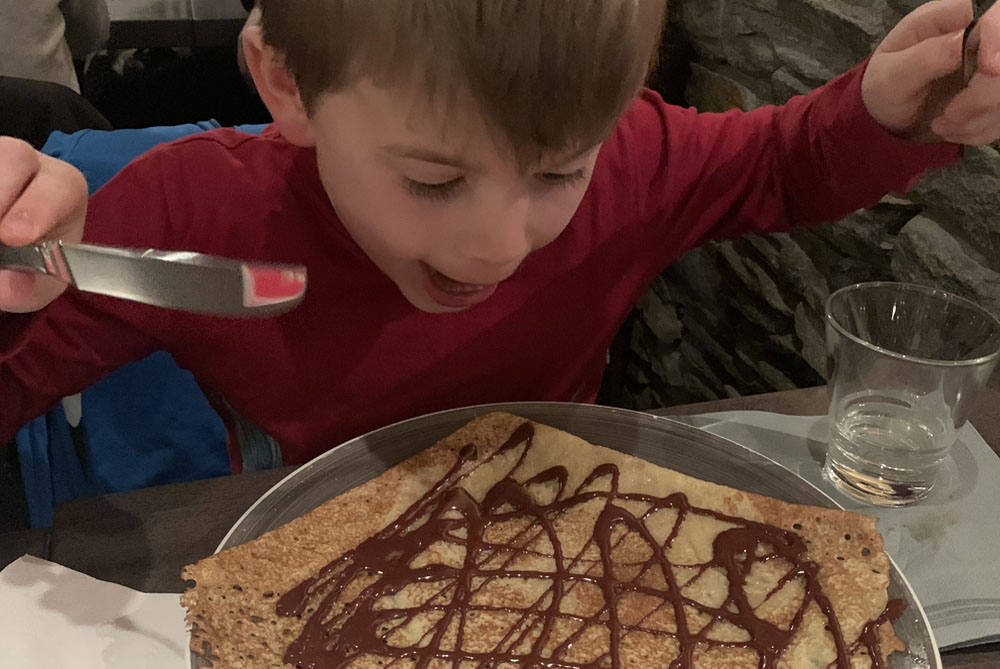 What to do off the slopes

The resort itself is easy to get around on foot and from Le Hameau du Kashmir you are a 5-10 minute walk into the centre. During the afternoons we generally did off the slope activities as the boys were pretty worn out from their lessons. In the Place de Caron, there is a fantastic play area with an old telecabine and two slides where the boys happily played for an afternoon. Another afternoon when there was heavy snow we went to the Fun Park (giant soft play and trampolines) in the Sports Centre in the Galerie Caron which was €10 per child. Our favourite après ski spot was La Face Ouest in the Place de Caron. The pizza and crepes went down a treat after a day on the slopes and on the bluebird days, it was the ideal place for a vin chaud in the sun.

There is a huge 9km sledging run called the Cosmojet which we saw older children and adults having a wild time on, as well as a hair-raising Bee-Line, double zip-wire, across the mountain. We opted for the smaller sledging run for younger kids next to the Castor & Pollux travellator and we hired sledges for €4 each for a half day from the local SKISET based at the top of the run.

The Club de Val Thorens run events through the week, my sons and husband had a fab time playing with a remote control piste basher one afternoon in the Place de Caron. Make sure you look at the entertainment program calendar on the tourist office website before you go to take advantage of the free entertainment! 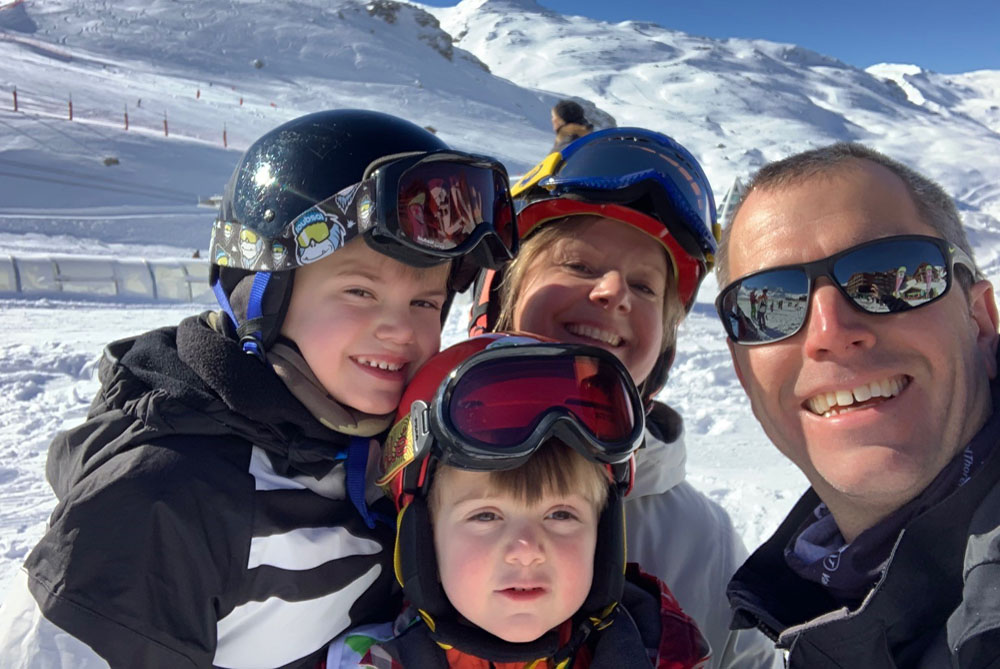 Overall we had an incredible week in Val Thorens and it’s such a special place that really does tick the boxes for not only families but for all ages and abilities, we’d highly recommend it. We are already starting to plan ahead for next season!