Davos, marketed with the neighbouring village of Klosters as Davos  Klosters ski resort, is one of the world’s best known ski resorts and indeed it was one of the first ‘proper’ ski resorts, with the first ever modern drag lift built just for skiers installed here in 1931. It’s also a big ski area with hundreds of kilometres of piste, albeit spread over five ski areas, shared with neighbouring Klosters (the one that’s famed for its association with Prince Charles).
But, unlike most of the other great ski resorts, Davos has a life beyond winter sports. It’s quite a large town with a huge number of hotels and accommodation and is popular year round.

The World Economic Forum brings world leaders and thousands of associated politicians, businessmen and pressure groups here each January. Moreover, the town’s pre ski-era existence as a spa town, aided by its status as one of the highest settlements in Europe, is still a major side to it, with lots of private clinics.

Although this multi-faceted persona perhaps prevents it from being a pure ski resort, on the other hand they help to sustain a fantastic array of bars, restaurants, shops and impressive off-piste facilities, not to mention a swathe of high class hotels, which are all good news for guests here.

The resort is divided into two, Davos Dorf and Platz, each of which has its pros and cons, and in any case it’s easy to get between the two on a shuttle bus service. You can also vist small authentic villages nearby that are part of the Davos Klosters region including Fraunkirch, Glaris or Monstein which are served by the free shuttle bus (with lift pass).

Despite its high class appeal, you can still book good value accommodation in Davos, take a look at our deals page to find great prices in our range of hotels. 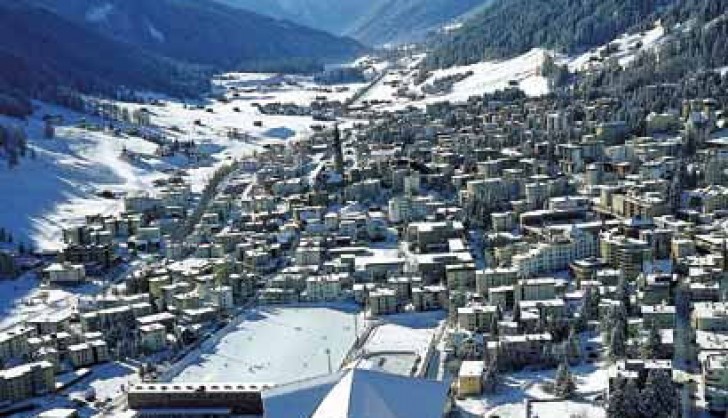