When you take your Laax ski holiday you’ll find this is that there’s more to the region than just Laax. Because Laax is the name of the ski area above Flims ski resort, Laax itself and the village of Falera. The largest resort of the three is actually Flims, which is a classic Swiss ski resort that was once ranked in the ski holiday brochures alongside Davos, Crans Montana and St Moritz. However a powerful marketing campaign first changed the name of the ski area to ‘The White Arena’ and more recently to just Laax - the name of the smaller resort with which Flims shares the ski slopes, any mention of Flims is banned!

Of course it’s not as simple as that, Laax has a longer name if you want its full title - Laax Murschetg – and that’s the village not the ski area. Flims has one name but two separate halves to the village with two different names. The local language is German but the Romansch dialect is quite widely used, so if you speak German but don’t understand some of the signs, that’s probably why. And to the delight of visiting school children, several of the key mountains are called ‘Crap’ and establishments in the village are named after them – the Crap Bar – and so on. Ho ho.

All that confusion aside (and it isn’t that confusing when you actually arrive), the ski area, extending to 220km (137km) is one of Switzerland and indeed the world’s largest and it has established quite a cool reputation with lots of attractions for freestyle skiers and snowboarders on and off the slopes and for international contests staged in the multiple terrain parks each winter – perhaps part of the reason for changing the name from rather staid Flims to sexy sounding Laax. Resort establishments like the Rider’s Palace and the new Rock Resort help add to this image.

Both of the villages boast a variety of hotel accommodation . You can find some great prices on our ski deals page. 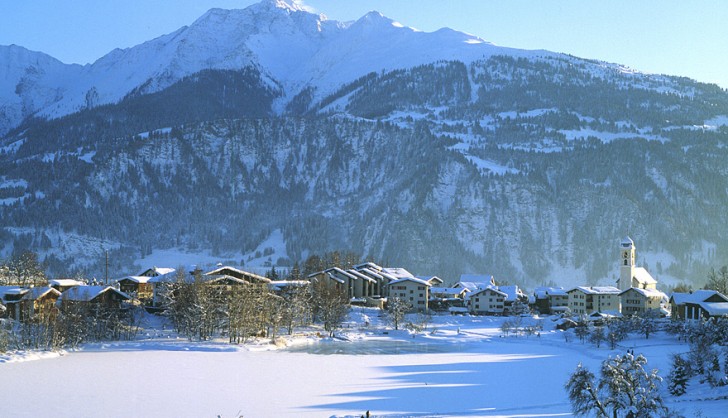 Bustling bars, live music and late night dancing - check out where to find the best après-ski in Switzerland.