There are more than 20 mountain restaurants to choose from in the Flims Laax ski area, with a selection ranging from large cafeteria style establishments to more intimate affairs, some with table service. Popular destinations include the Elephant Mountain Restaurant, 2,500 metres up, while La Vacca is something of a novelty. A carnivore’s delight, it’s lined with animal skins and has a menu of fairly exotic beasts including bison steak. There’s an open fire in the centre. On the more gourmet side of thing, Tegia Larnags (+41 (0)81 927 9910) has a reputation for some of the best on-mountain cuisine in the entire ski area with organic ingredients used where possible. The Gletscher Restaurant, right at the top of the ski area at 3018metre up on the Vorab Glacier, has spectacular views and on a good day a sun deck to enjoy them from.

There are more than 90 places to eat in the three villages, with more than half in Flims, where you’ll find a full range from fast food to gourmet. In Laax the choice is more limited but still manages to serve up quite a wide range from the Cristallina (+41 (0)81 921 2252) for Italian, or Little China (+41 (0)81 928 4827) for asian dishes, through to the usual wide range of fondue and raclette traditional places.

You’ll find a number of food shops in each of the villages, the greatest selection being in Flims

In Laax the Volg supermarket is pre-dominant with outlets in the square at the gondola base station and the resort centre. There’s also a convenience store with a food selection in the petrol station at the Laax Rancho circle – this is open 24 hours a day, seven days a week.

In Flims there are Coop and Donner stores as well as bakers, butchers, cheese and dairy store, grocery outlets and several other regional food retailers 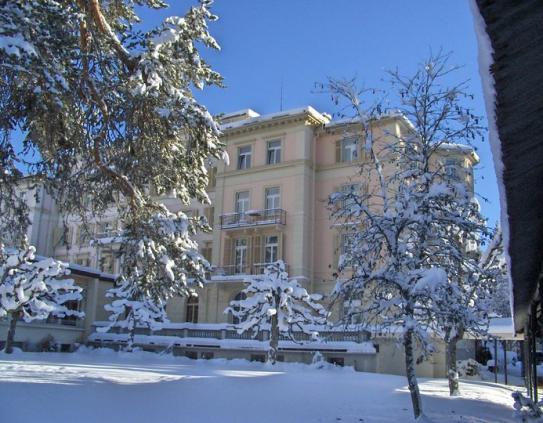 Accommodation From £92 per night
Arriving on Thursday 23rd April 2020, and staying for 7 nights