Anyone taking a St Moritz ski holiday will find they’re staying in not only is the world’s most famous ski resort but thankfully also one of the best. It was also the first winter holiday destination. In the early 1860s the owner of a farm house that welcomed summer visitors bet some visiting English tourists a free stay that they’d find winter in the Engadin sunnier and generally much more fun than cold, foggy London. He won his bet and the rest is history. Within a few short years the world’s great and good were descending on little St Moritz and vast luxury hotels appeared as well as world famous attractions like the Cresta Run. The little farm house is still there though, merged in to the huge grand Kulm hotel, one of five five star palaces. Others include the newly redecorated Carlton Hotel, the impeccable Badrutt's Palace and the Kempiniski Grand Hotel des Bains.

But a common mistake is to think that St Moritz’s fame as the winter playground of kings means it is an exclusive and simply too expensive destination for most of us. In fact it is just as affordable as any top resort in the Alps, the lift ticket for the huge Engadin ski area that surrounds it is actually less expensive than the price for most ski areas of a similar scale. Some of the accommodation available and the on-mountain cafeterias are surprisingly affordable too. You can also find plenty of ‘regular’ shops and restaurants in resort.

It’s definitely worth a visit too. There is something special about the place. Regardless of your budget you’ll be impressed by the beautiful scenery of the mountainscape around you and the timeless feel of the village itself, spreading around its famous frozen lake where the ice is thick enough in mid winter to withstand the weight of polo matches and horse races, along with thousands of watching fans.

St Moritz is in fact divided in to two centres, the original mountain resort and the famous shopping areas and hotels at St Moritz Dorf, closest to the Corviglia ski area; and then the original spa area down by the lake and closest to the Corvatsch ski area at St Moritz Bad. These two local ski areas are among the biggest of no less than eleven that make up the giant Engadin ski region, providing a choice of four large and seven small snow sport areas, with a total of 350 km (217 miles) of piste all on one lift ticket. As well as being a big area, the slopes are also higher than in most traditional ski regions, with the villages at around 1800m at the bottom of the slopes that head up 1500 vertical metres above them.

Oh and it’s sunny, 322 days a year in fact, with the resort lying at quite a southerly latitude by Swiss standards, right on the Italian border: it has a relaxed feel that surprises some visitors.

Yet another side of St Moritz worthy of mention is its hosting of international events. The resort has hosted two of the early Winter Olympics and more recently three Ski World Championships – the last in 2003, and it is now bidding every few years to stage them again. But besides downhill the resort hosts world class competitions in most other snow and ice disciplines, ranging from the annual Engadin cross-country ski marathon which attracts more than 10,000 competitors, making it the world’s second biggest cross country race, two bobsleigh races and even polo tournaments on the frozen lake. There are so many of these events that it’s quite likely one or another will be in town when you visit.

To make the most of the amazing ski areas, the shops, the spas and the endless events visit our deals page now to find the best prices and offers. 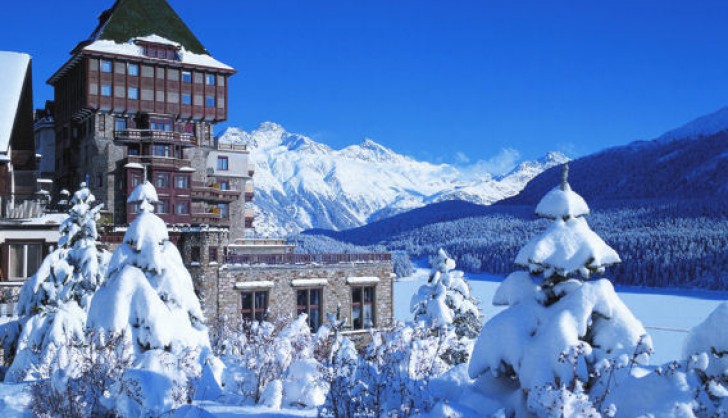 Yoga in the Mountains

Fancy combining a yoga retreat with a ski holiday? Look no further...

Want to find a ski hotel with a bit of history? Here's our guide to some of our oldest and most loved ski accommodation.