Wengen is a famous village that was created in the 1890s as a summer destination on the then new trainline, which eventually climbed up to the Jungfraujoch at 3475m. It remains Europe’s highest railway station and keeps the line busy with tourists from around the world year round.

Never intended to be a ski resort, it was early British visitors a century ago that eventually persuaded the train company to run their trains in winter as well as summer, so that people could ski back down – a great breakthrough for downhill skiing in the era before ski lifts were invented.

If you take a Wengen ski holiday today you’ll find that it is, wonderfully, much the same as it was more than a century ago. Its location and limited access by the railway line only (there’s no road to it) has left it wonderfully peaceful and not much bigger than it was in the nineteenth century, with many of the same Victorian-era hotels, mostly three and four star, still operational although of course much modernised within, many with nice swimming pool facilities and great restaurants.  There are some excellent deals available too in the timeless accommodation. Most important of all are the timeless views of thousands of vertical metres of spectacular mountain scenery.

When you snowboard or ski Wengen you’ll find the experience can be a little dated too, with access to the slope either by jumping on a train likely to be already part-populated by tourists coming up from Interlaken or Lauterbrunnen in the valley below, or by a much faster cable car from the other end of the resort. 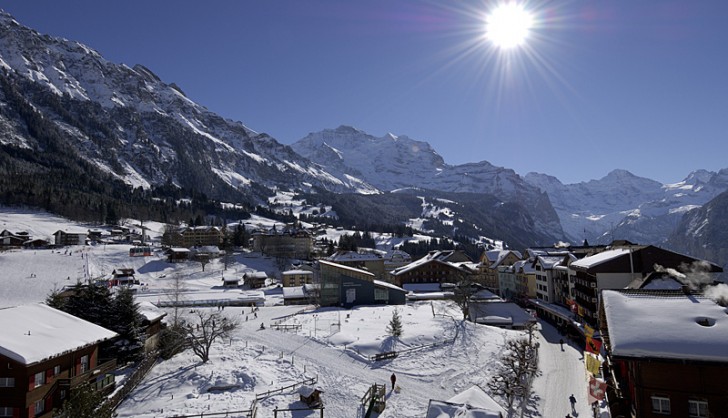 Going solo on the pistes always taken your fancy? Let us show you the best places to go it alone on a ski holiday.