With its extensive and varied ski area, loads to do off the slopes, and the longest season in France, it’s no wonder that Tignes is one of the most popular ski destinations in the Alps. The list of reasons to love Tignes is endless, but as attention spans aren’t, we’ve narrowed it down to our top 17…

Tignes is linked to Val d’Isère to form Espace Killy, which has 300km of pistes as well as loads of great off piste. With everything from extreme couloirs to gentle runs through the trees, there’s loads of fantastic terrain to suit all levels and types of skiing and snowboarding. 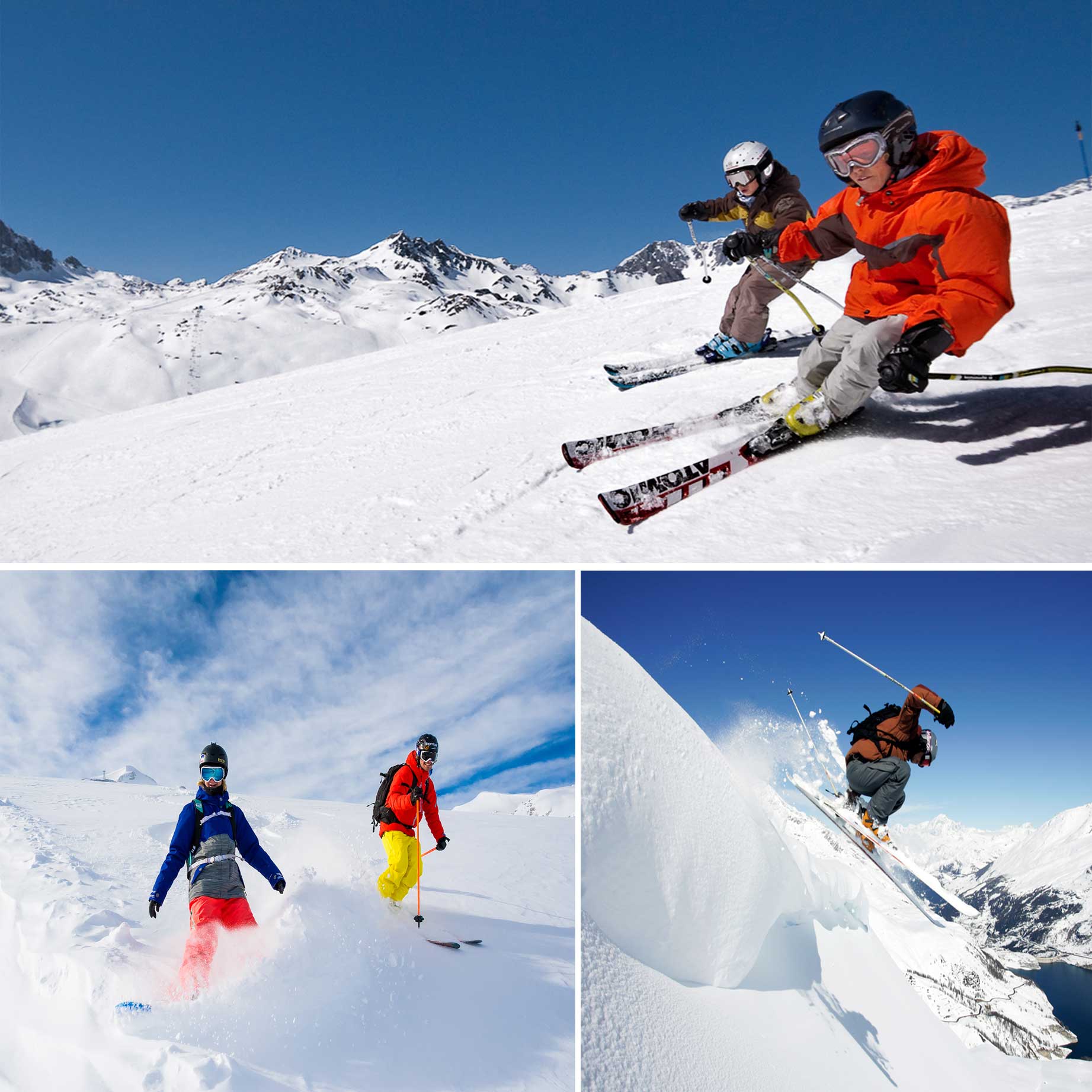 Tignes’ Grande Motte glacier ensures that the resort is always snow sure, and with the exception of 10 weeks in the summer when it’s closed for environmental reasons, it’s open all year round.

The glacier may be at an altitude of over 3000 metres but that doesn’t mean you have to spend ages in gondolas and chairlifts to get up there. The Perce Neige funicular whisks you up nearly 1000m from its base in Val Claret to the top in just 6 minutes, giving you more time to enjoy the long run down.

4. The trees in Les Brévières

The higher slopes are fantastic on a blue sky day but when the snow’s coming down hard and the light’s flat, there’s nowhere better to head than the trees in Tignes Les Brévières. 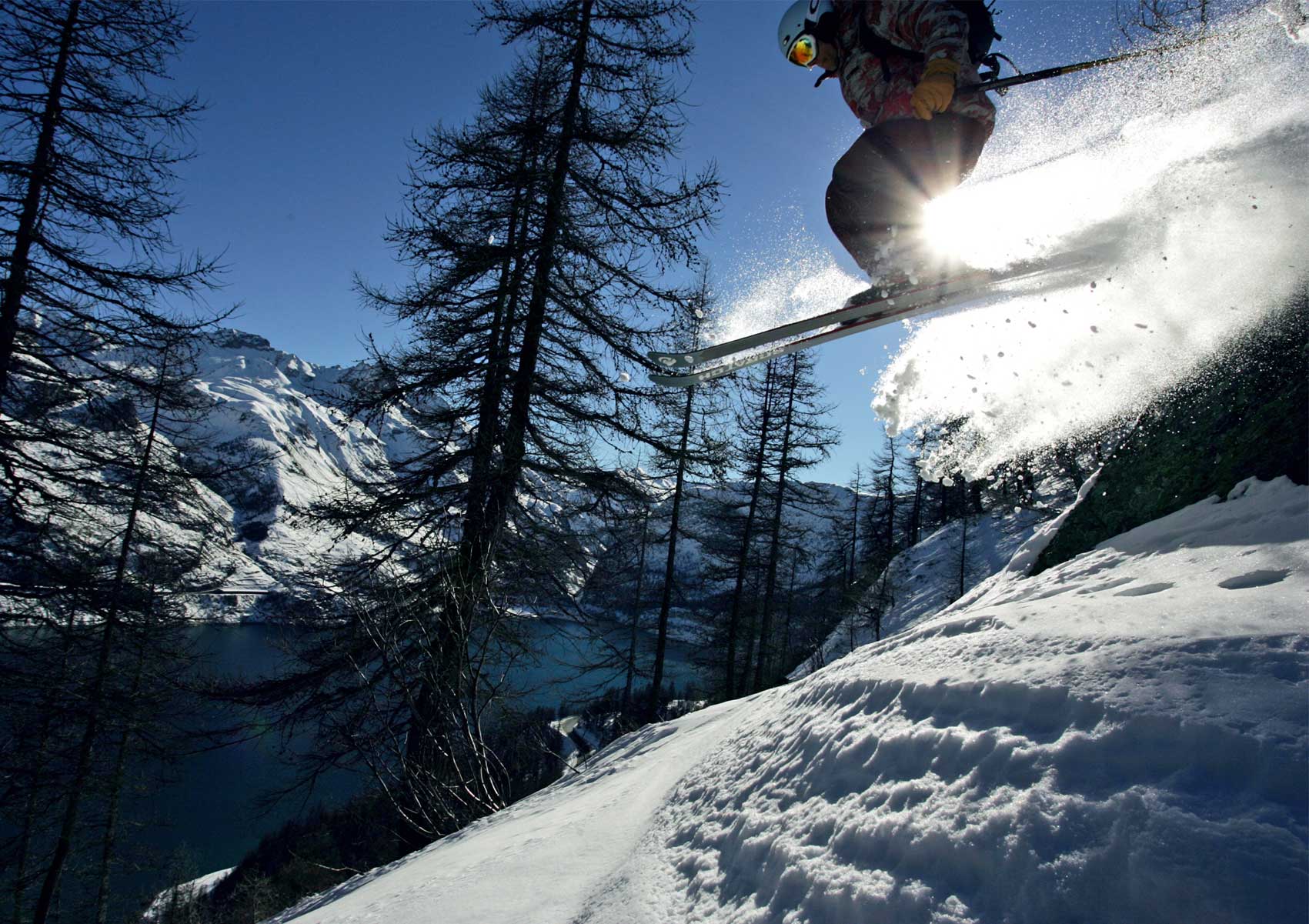 Tignes is one of the best resorts in the Alps for freestyle skiing and snowboarding, and has excellent facilities to suit all abilities. The main snowpark has everything from gentle boxes to monster kickers and everything in between. There’s also an air bag that’s free to use, and a world-class halfpipe. 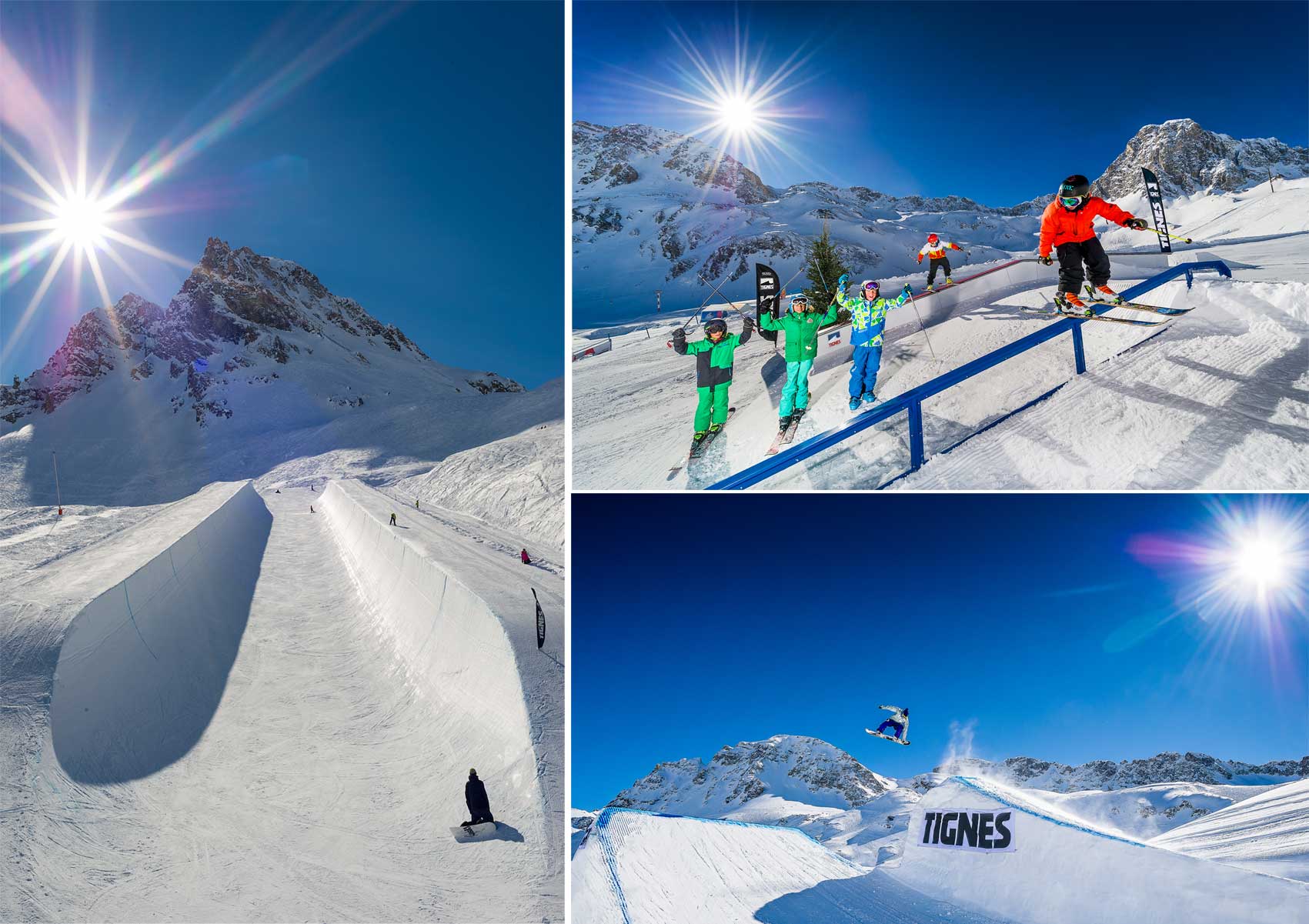 Or at least it did. Until the organisers pulled the plug on it last year, Tignes played host to the first European Winter X Games for four years running. Sadly, due to budget cuts, there’s now only one Winter X Games, held in Aspen, but instead Tignes now hosts the SFR Freestyle Tour. 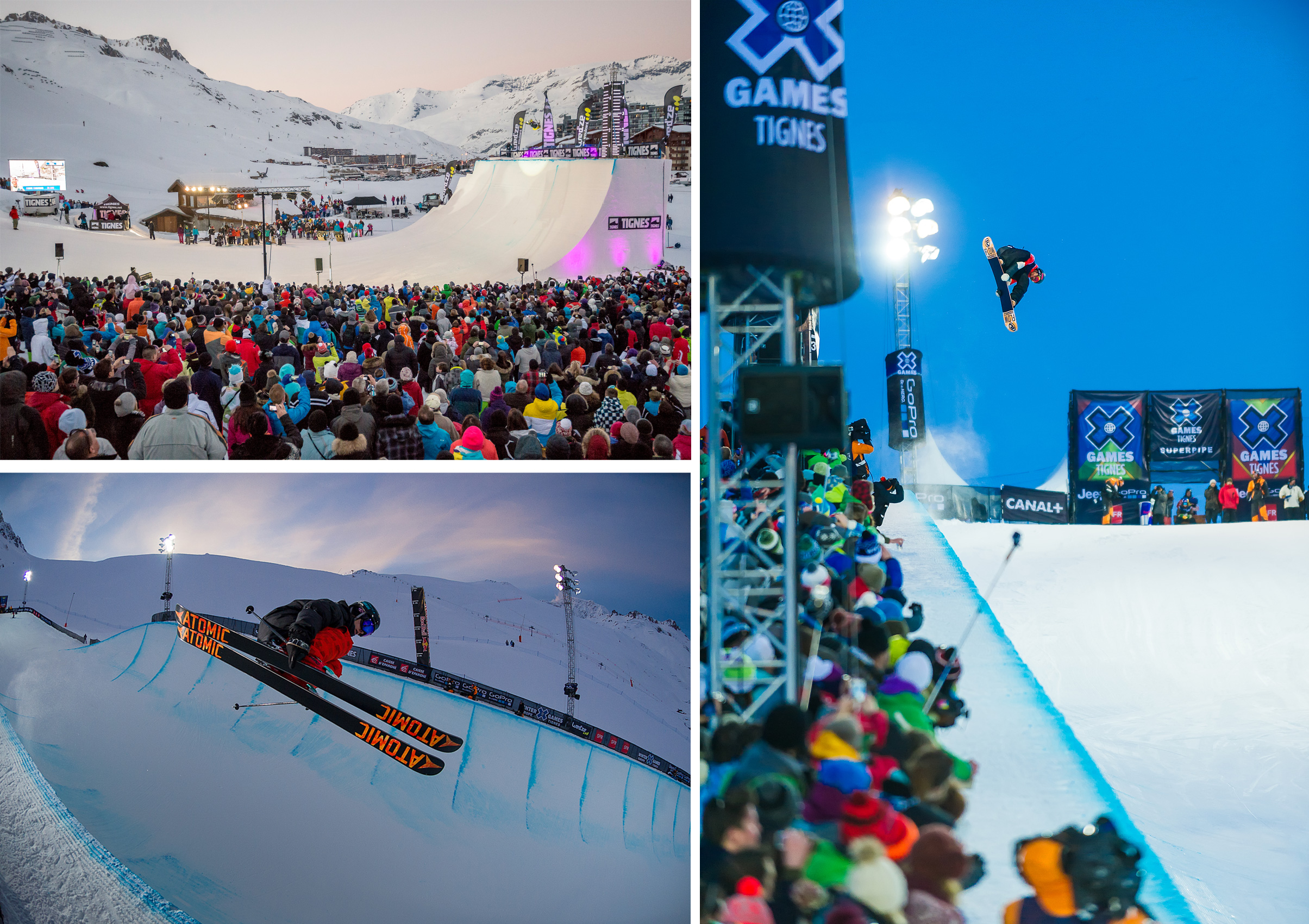 7. The scenery is stunning

Some people describe Tignes architectural style as challenging but there’s no doubt things are improving as new residences are added and older ones updated. Look beyond the mountain village and take in some of the finest views in the French Alps. 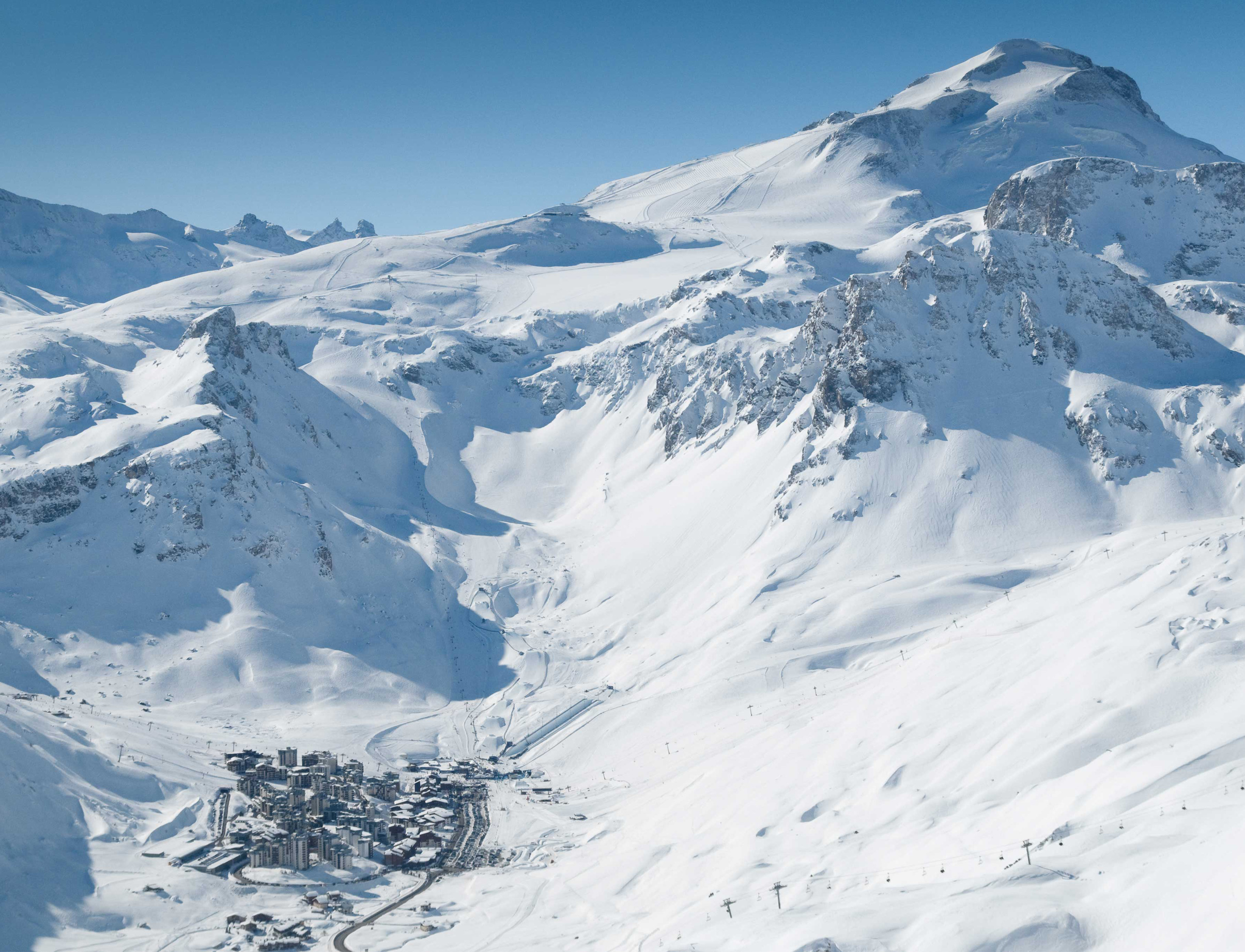 8. It has a massive natural ice rink 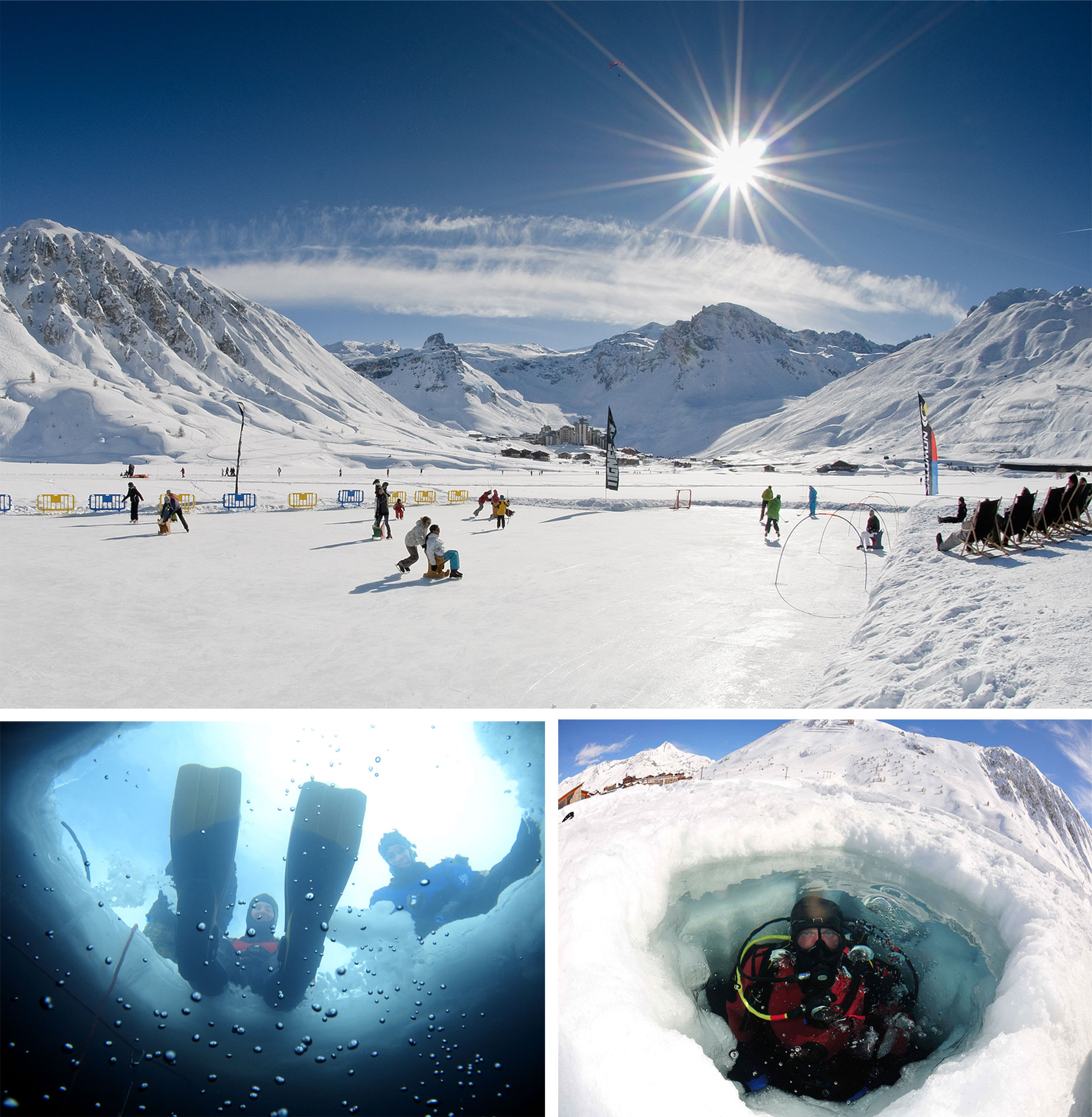 9. There are extreme couloirs right in the heart of the resort

Commonly referred to as ‘The Fingers’ due to their resemblance to a set of digits gripping the steep slopes above the lake, this series of couloirs not only look stunning, especially lit up at night, but also provide some of the resort’s gnarliest off piste terrain. Definitely best left to the experts.

10. It has cool rock formations

Another of Tignes’ striking natural landmarks is ‘The Eye of the Needle’, which, you guessed it, looks just like the eye of a needle. Easily accessible from Tignes le Lac, it’s worth hiking up to get the obligatory photo standing in the ‘eye’, and if conditions are good, you can ski down the other side. 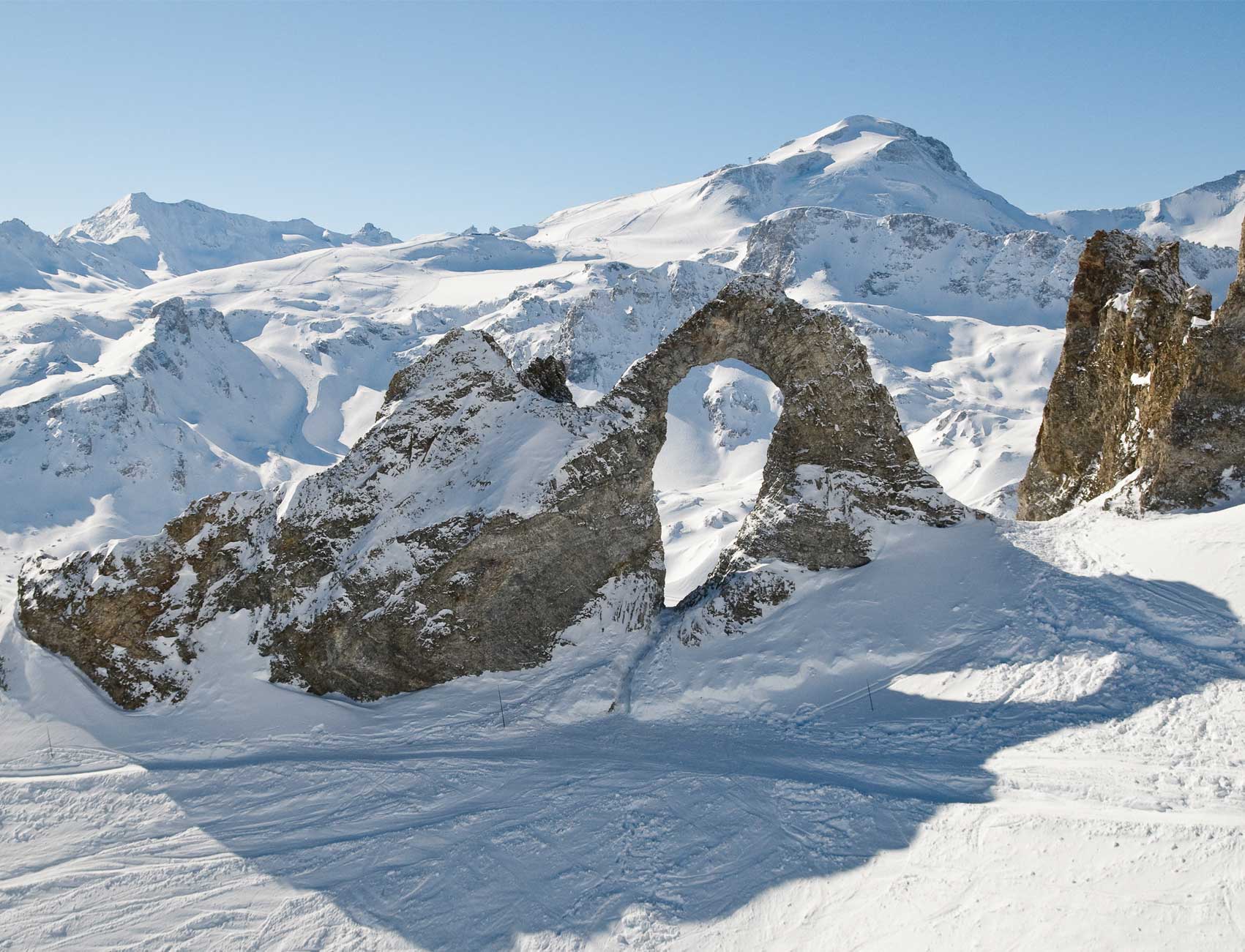 Whether its beers in the sun, live music or dancing until the early hours, Tignes knows how to party. One of our favourite spots for après is Loop bar in Tignes le Lac, which has the best sun deck in resort, great food, and awesome live bands and DJs throughout the season. 12. You can try ski jumping, bungee jumping and zip wiring… all at the same time!

Adrenaline junkies will love the new ‘Bun J Ride’ that’s just opened in Tignes. Billed as a cross between ski jumping, bungee jumping and zip wiring, we can’t wait to try it out! 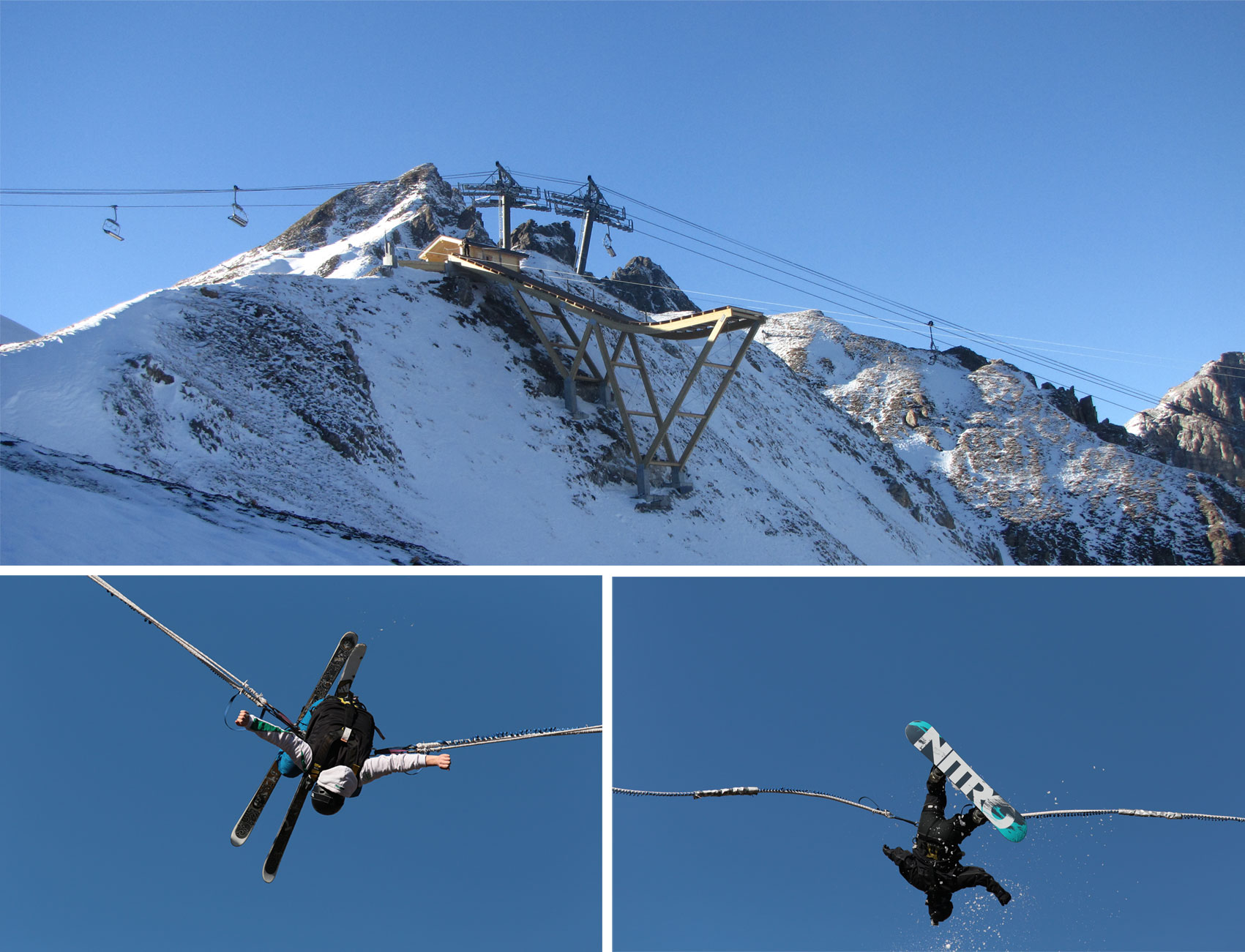 However, if after a long day on the slopes you just want to unwind, there’s plenty of scope for that too. Located in the heart of Tignes le Lac, Le Lagon watersports complex has a 25m swimming pool; fun pool with slides, bubbles and waterfalls; and spa area with saunas, steam rooms and hot tubs. Sheer bliss. 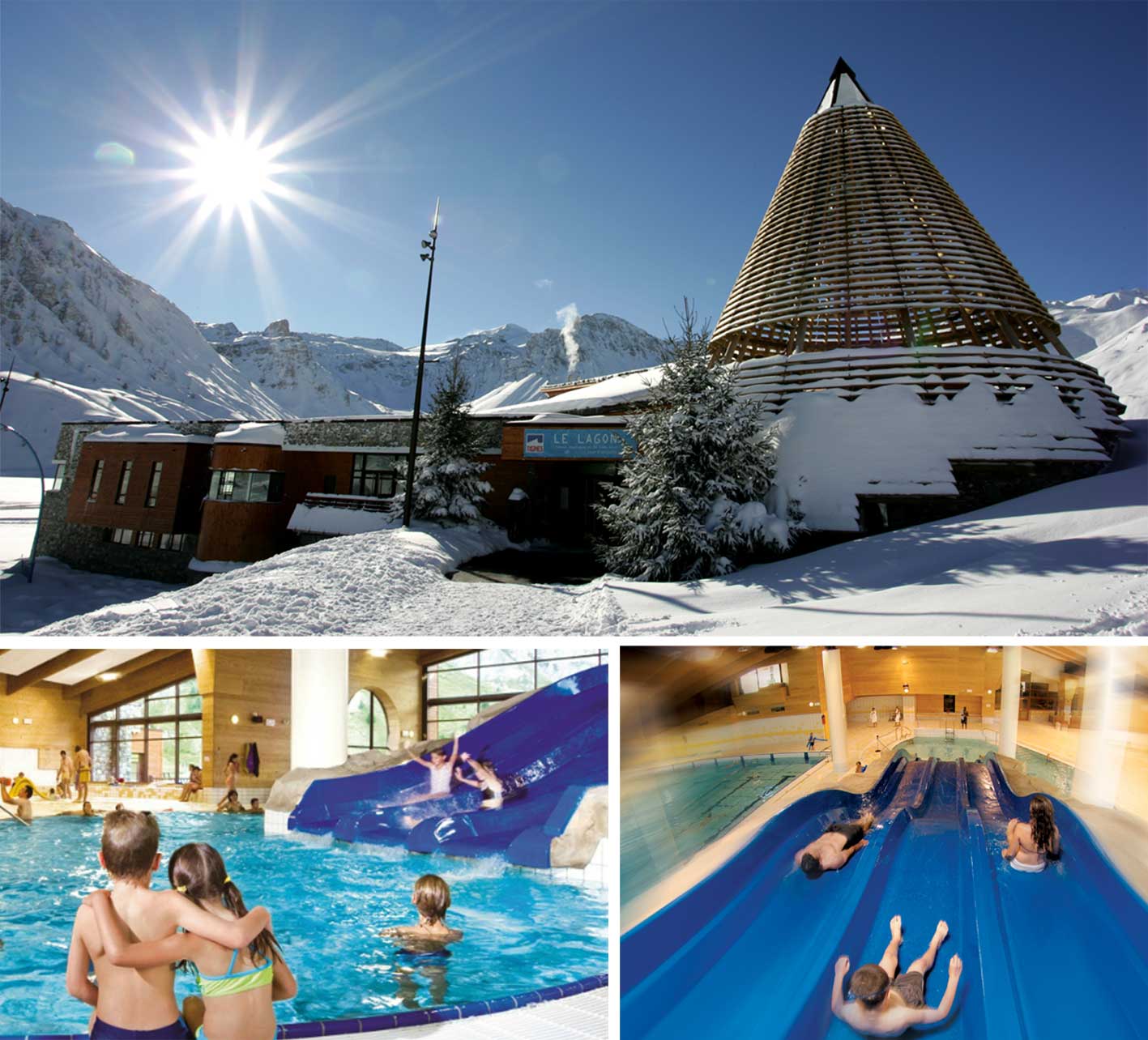 Whether you want a quick snack or a gourmet meal, Tignes offers way more than just your average savoyarde fare. Tignes Cuisine in Le Lac serves up tasty, and filling noodle dishes that are perfect for fast lunchtime refueling, and Couloir in Val Claret serves delicious food and cocktails in a quirky multi-tiered setting. 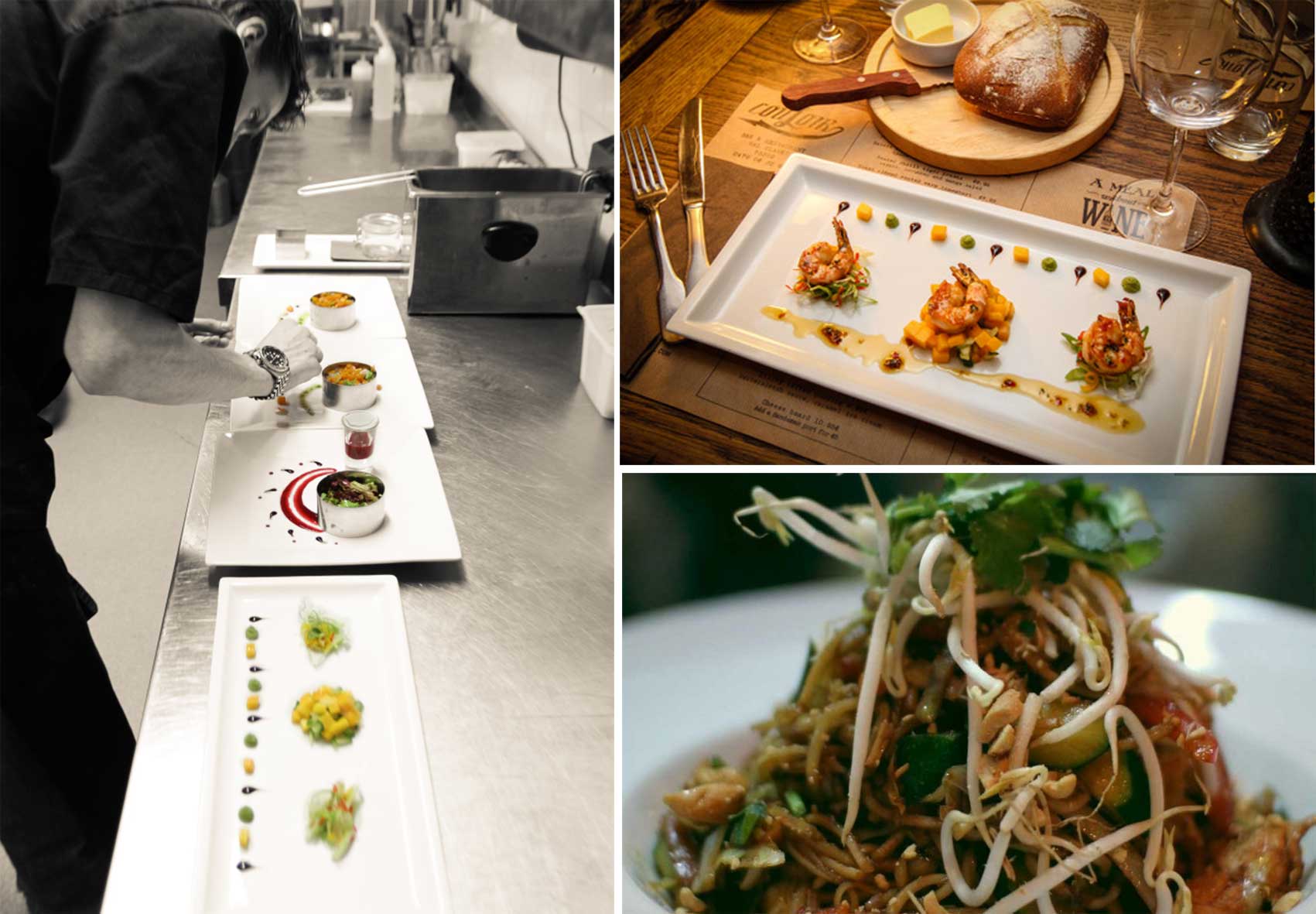 15. It has great accommodation

Tignes might not win any prizes for being the prettiest resort in the Alps but among the 60s style buildings that dominate the resort, there’s some fantastic accommodation that offers great value for money. And much of it is actually really easy on the eye! 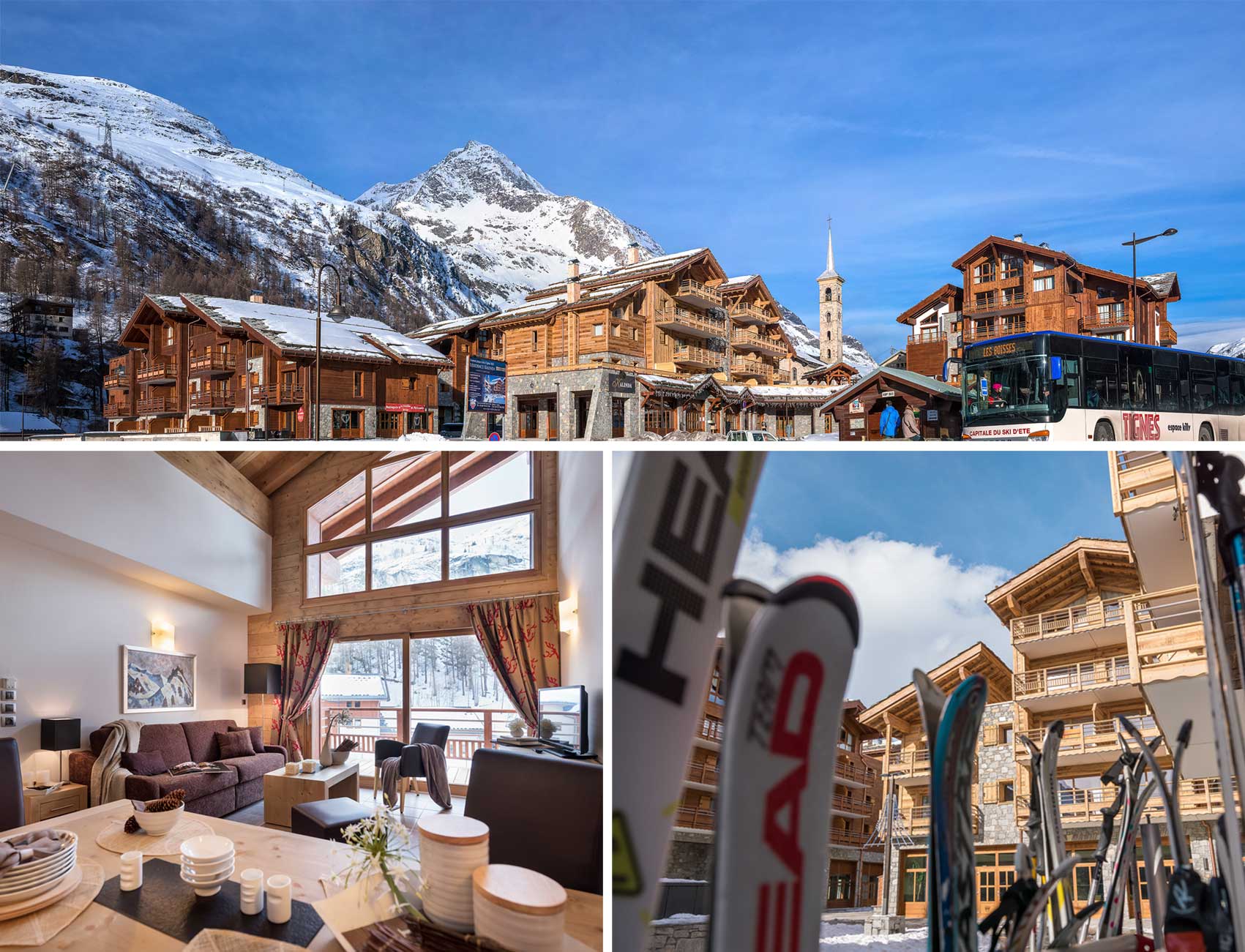 16. You have to drive over a massive dam to get there

You know you’re approaching Tignes when you see the imposing Chevril Dam in Tignes les Boisses, with its huge, but now faded image of Hercules holding in the Lac de Chevril on the other side. Those of a nervous disposition my not be thrilled to discover that the road up to resort goes right over the top, but everyone else will love it. It’s certainly an impressive welcome to the resort!

The old village of Tignes was flooded when the dam was built and its remains are revealed every ten years when the reservoir is emptied. This inspired the recent TV drama ‘The Returned’ and the dam is featured heavily in the series. We can, however, confirm that we’ve never encountered any zombies in Tignes, other than spilling out of Jack’s nightclub at 4 in the morning! 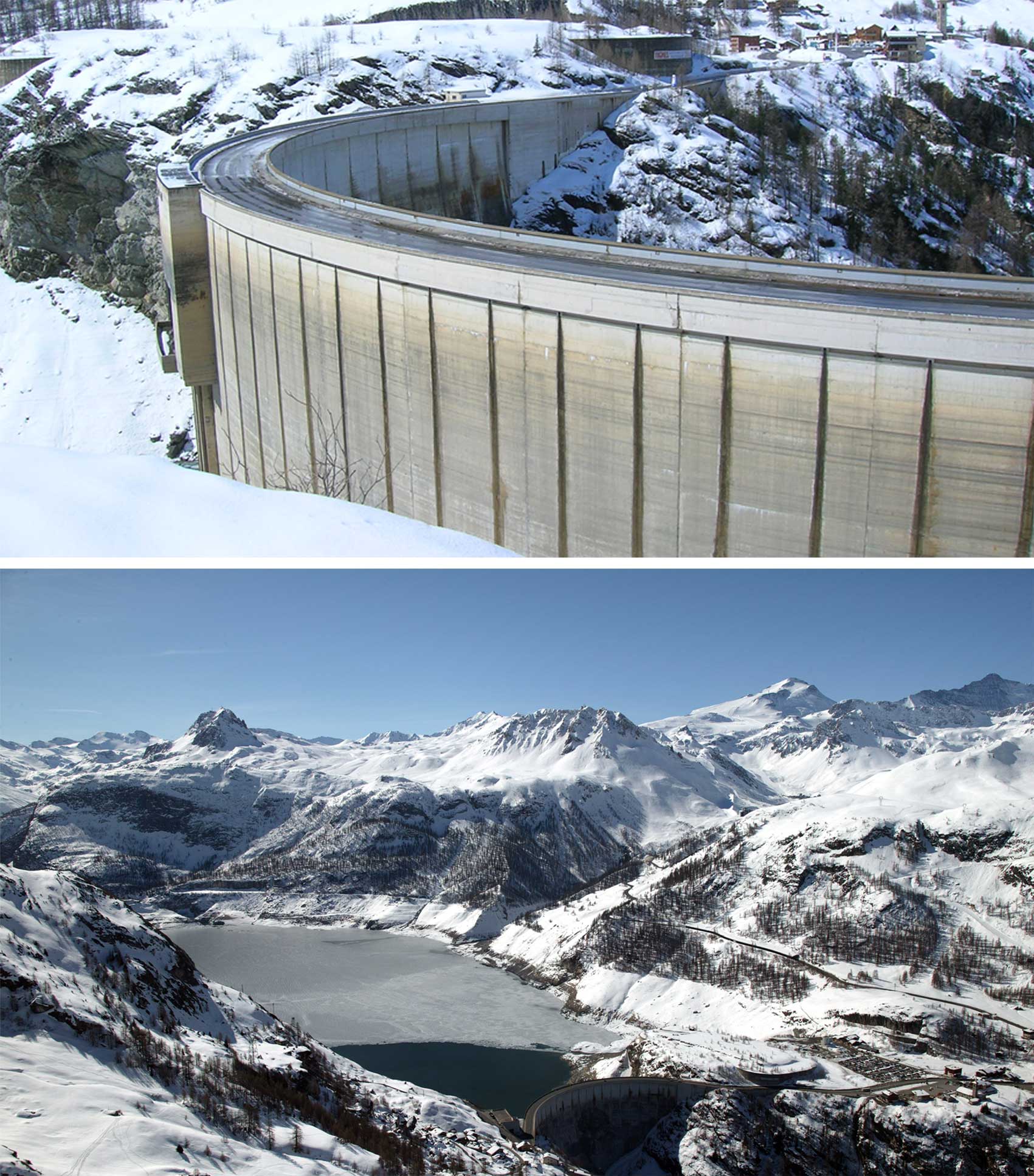 Thanks to its altitude and fantastic early season snowfall, Tignes is always one of the first resorts in the French Alps to open every ski season. You want a high-altitude snow-sure resort? You’ve found it.

Take a look at our Tignes Apartments and Tignes Hotels or for first hand advice call our experienced team on 0131 240 3300 or email us here.