Distance to airports: 54 km to Geneva

Overview of Les Get Ski Resort

Quite how Les Gets ski resort grew from a small farming village in to one of the world’s top ski resorts is something of a mystery. There are, after all, thousands of pleasant farming villages next to big mountains in the Alps but only one Les Gets.

Being early enthusiasts for skiing probably helped, the first detachable drag lift in France opened in Les Gets in the 1930s and the resort has never looked back. After the lift the first Ecole du Ski Français opened here in 1937. Then being part of one of the claimants to the world’s biggest ski area, the giant Portes du Soleil which stretches for 650km of piste across both sides of the Franco-Swiss border is another big plus factor. Oh and the views are good too, with a wonderful panoramic view of the Mont Blanc massif.

But undoubtedly the key factor in Les Gets' big success has been not to forget those Savoyard farming roots. It remains strong on both traditional activities and on those traditional values we like to remember - particularly family values. Few resorts do more or offer more for children and their parents.

Les Gets is also one of the easiest resorts to reach by car from the UK, the resort operates two major ski areas, with the Chavannes area on one side and on the other side Mont Chery. The ski area is linked to Morzine, six kilometres (four miles) away by road, and the other its own mountain, recently upgraded with new lifts.

Our Les Gets Ski Deals page has the best prices and offers currently available. 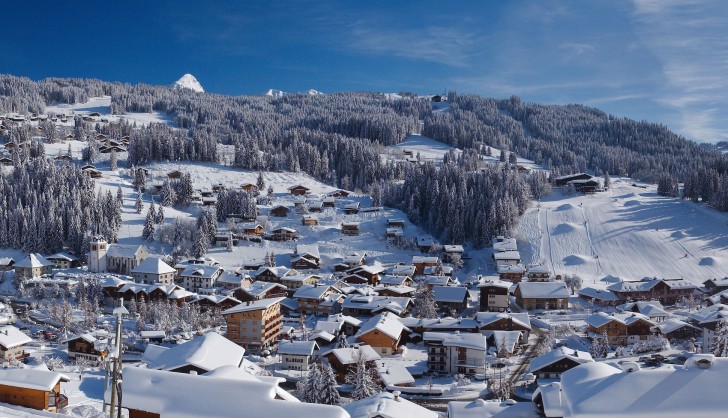 Our Les Gets Blogs

Where do the Ski Experts go to Ski? Les Gets Edition

A guide to Les Gets by ski expert Pip from the PowderBeds team.

Learning to ski or snowboard can be daunting, so make sure you pick a resort well-suited to beginners...

Customer Reviews of Les Gets