Situated above the original village of the same name, the picturesque resort of Oz en Oisans was purpose built in the 1980s as a satellite base of bustling Alpe d'Huez. The buildings are mostly traditional wooden chalets, meaning that as well as benefiting from pedestrianised streets and a compact centre, the resort also offers the charm of an authentic Savoyard village.

At 1350 metres, Oz has a good snowfall record and 62km of pisted runs - over half of which are graded easy, making this a fantastic resort for families, beginners and mixed ability groups. Although all levels of skier and boarder will find something suited to them around the resort, intermediates and experts may want to take the two short cable car rides up to Alpe d'Huez, where they'll find an incredible 220km of pistes to explore, with quite a few excellent black runs at Pic Blanc. There's also an impressive beginners' area up at Alpe d'Huez, with no less than 20 green slopes just above the village.

In terms of apres ski, Oz en Oisans is certainly quieter than neighbouring Alpe d'Huez. However, families with children and those not looking for wild nights out are sure to find lots to keep them entertained after heading down from the slopes. There are several cosy bars and restaurants dotted around the centre of the resort, all within walking distance of each other. Ice skating, snow shoe excursions, a cinema, swimming pool and snowman-making tournaments all feature on the exciting list of off-the-slope activities, so you're unlikely to get bored here.

Although little known to the British market, Oz is perhaps the definitive best-of-both-worlds resort: a tranquil, safe, family-oriented village with quick access to one of the country’s largest and most spectacular ski areas. 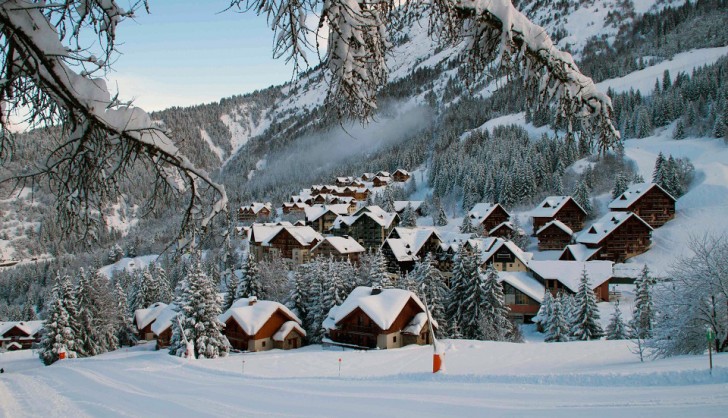