On your Serre Chevalier ski holiday you’ll be based in the largest ski area in the southern French Alps, and indeed one of the largest anywhere. Although termed a ‘resort,’ it is like many of the big French ski areas, in fact made up of multiple villages, 13 in fact, stretching for 15km (or nine miles) along the Guisane Valley floor to the old town of Briançon, France’s highest Alpine town. Those 13 centres differ from most of the other big French multi-base ski areas in that, although some are much expanded, they are all genuine villages not purpose-built. There are four main centres among them which have most of the accommodation and the facilities – Briançon itself, Chantemerle, Villeneuve and Monêtier.

Serre Chevalier offers a mixture of old and new development with some charming old village centres, and also a lot of modern development as these have expanded. Facilities off the slopes have been improving in recent years too with more highly starred hotels, a great spa complex and a casino opening. On the slopes there’s a great mix of terrain and you get a nice feeling of travel as you ski from village to village.

In the valley the fragmented nature of the resort means that if you want to visit another part of it outside the ski day (when you can get about over snow of course) a car is handy to travel from place to place. A valley bus service is free to lift pass holders, but does finish in the early evening.
The good news is that the increasing success of Serre Chevalier and the resulting growing visitor numbers, has as yet not diminished the friendliness of the locals, for which the area is famous and compares favourably to some other big resorts further north. The overall attitude is laid back and relaxed.

We offer a choice of Serre Chevalier apartments and all offer great value and the extra flexibility which comes with the self-catering. Our Serre Chevalier accommodation goes from the basic but functional two star Chantemerle apartments up to the four star prestige rated Hameau du Rocher Blanc.

Our best prices and deals can be found on our Serre Chevalier ski deals page.

One small final point to be wary of is the slight complication that can be caused by the fact that several of the key villages are sometimes known by their alternate names. This was complicated still further about a decade ago when the two names were given up completely and instead the villages were known by their altitudes (‘Serre Chevalier 1400’ etc), but that one has been largely abandoned now although you can still find old reference on the web. 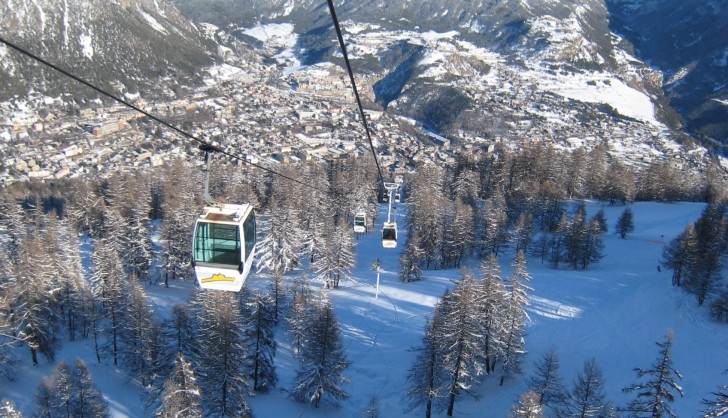