La Plagne has been a big name in skiing for more than three decades. The French giant has grown to encompass ten separate base villages, most of them high altitude purpose-built centres, but also several traditional villages in the valley below that are now fully linked in to the huge lift and piste ski-run networks. More than 2.6 million people visit La Plagne each winter, making it one of the five most popular ski areas on the planet.

The ski area was already one of the world's biggest when it made a long-planned connection to neighbouring Les Arcs across the valley to create one of the world’s three biggest ski regions, by area, which they’ve named the Paradiski. The double decker Vanoise express cable car which makes the connection is worthy of a journey in its own right, as it makes the crossing several hundred metres above the valley floor on wires suspended over a single span.

Take a La Plagne ski holiday and you’ll find the resort’s sheer size means there is something for almost everyone – only people looking for a small, intimate ski area might be disappointed, and even then there’s the option to stay in one of the valley resorts like Montalbert.

Of course a big resort like this needs lots of places to stay and PowderBeds have a massive choice of La Plagne accommodation to suit every budget. If you're looking for a self-catering option then take a look at our La Plagne apartments.

The resort’s scale also means there’s lots of things to do off the slopes, although the facilities are spread out between the different bases, so be careful to check where a spa or nursery is located in relation to your hotel or apartment if that’s especially important to you. For ski hire La Plagne has a huge choice. One attraction not to be missed is a ride down the bobsleigh run, left over from La Plagnes hosting of the event in the 1992 Albertville Winter Olympics.

If you're looking for the best possible price for your ski holiday to La Plagne then check out our La Plagne Ski Deals page. 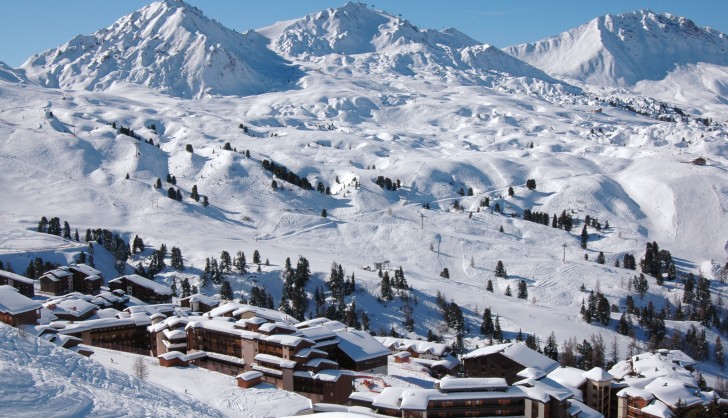