When you ski La Tania, you’re on the slopes of a small, relatively young resort that was originally built to house journalists here for the 1992 Albertville Winter Olympic games. It still keeps the need to communicate in its guiding ethos and has a WiFi network covering the whole resort centre.

The centre is a third generation purpose-built resort which means that the large La Tania apartment complexes that make up most of it are of a quite attractive chalet style design with local stone and wood prominent, rather than the concrete rectangles common in earlier developments, and indeed noticeable at one resort in particular in the Three Valleys.

La Tania is linked by lifts and located below the ridge that separates the valleys of Courchevel and Meribel and is also situated between the two by road. La Tania has limited facilities itself with just a handful of essential shops, bars and restaurants, but for a much bigger choice of amenities it’s easy to reach its bigger neighbours over snow or by car or bus. 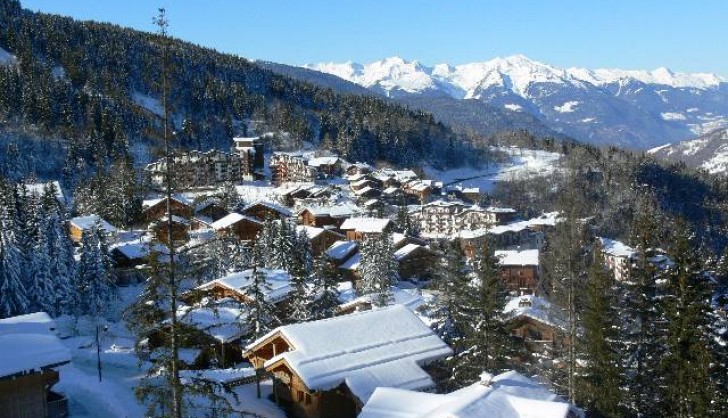