La Tania was established to provide extra accommodation for journalists of the 1992 Albertville Winter Olympics. With its convenient location on the road between and below the ridge separating Courchevel and Meribel, you can easily access the larger surrounding resorts for shopping and nights out. La Tania has a variety of transport options to choose from like many of the neighbouring resorts of the Tarentaise as well as easy rail access from Moutiers. Geneva and Chambery airports are the most convenient for travel to La Tania.

There is the option of a private transfer with Ski Lifts or a car rental.

The train from Geneva to La Tania is not the most convenient option but is certainly possible, involving two rail changes and a private transfer or taxi ride from Moutiers to La Tania.

You can take a private transfer with Ski Lifts as above or rent a car.

Transfers from Grenoble are not quite as convenient as some of the other airports further north. During the week, hiring a car to drive up, or arranging a private transfer in advance  is probably the best option
However if your flight is at the weekend, Bens Bus run between the airport and Moutiers from which you can get another bus, taxi or private transfer up to resort

If you require a hire car for your ski holiday, there are a number of fantastic car rental companies based in Europe.

SNCF/TGV services rund between Paris and Moutiers where there are buses, direct transfers to resort or a very expensive taxi available.

Travelling by train is a viable, and carbon friendly, alternative to flying. There are daily services running from London to Paris, and onward travel requires a change of station in Paris from Gare Du Nord to Paris Austerlitz to the domestic TGV service that take you to Moutiers later that afternoon. To book and to see the times visit SNCF Connect.

You can easily drive to La Tania from the UK, however be prepared for between 7 and 10 hours behind the wheel, depending on the weather, traffic and how fast you drive.

Before setting off, it may be worthwhile checking the weather as this may well impact the route you take. Also remember to bring a set of working snow chains no matter what the snow forecast says. The Police are occasionally known to stop cars without snow chains or snow tires when the snow sets in and besides, driving on snow without chains can really wreck your wheels.

Car parking in La Tania is known to be slightly more difficult than in other resorts. There is local underground parking but it is availability permitting so be prepared to park slightly out of town. 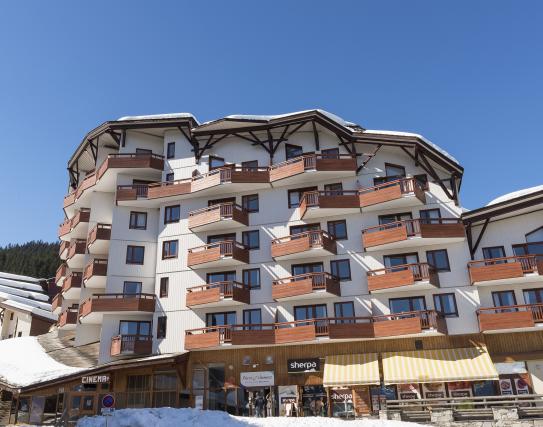 Accommodation From £93 per night
Arriving on Saturday 1st April 2023, and staying for 7 nights