Les Arcs ski resort grew up in the 1960s and is made up of four purpose-built higher-altitude resorts known by their height in metres (1600,1800, 1950 and 2000), and the areas are also linked with the valley town beneath them – Bourg St Maurice.

The three original resorts are Les Arcs 1600, which has a reputation as a quiet, family resort. Les Arcs 1800, which is where most of the action is and is also the largest and most architecturally stylish of the base areas. Arc 2000 is the highest altitude base area which is quieter, family focused and also the best place to stay if you want to be at altitude and at the top of many of the resorts pistes first thing in the morning: it is also close to the resort’s Flying Kilometre run for speed skiing.

Over the past the years, each base has grown, and while 1800 remains the main base, the others have expanded and offer more than enough to keep holidaymakers happy.

There's been some ‘big news’ in Les Arcs in recent years. First there was the creation of a fourth base area, Arc 1950, originally developed by the European arm of Whistler and Tremblant owners, Intrawest.

Anyone familiar with these ultra-successful North American resorts will recognise the colourful architectural style and attention to quality of design. The ski-in/ski-out village is a recreation of a traditional mountain town and offers families a superb mix of convenience and facilities which have been designed to exactly fit their needs.

Arc 1950, which is located just below Arc 2000 is now run by the French holiday property group, Pierre and Vacances (P&V) and the four star Arc 1950 Le Village apartments are part of their premium range and hugely popular with British guests - and rightly so.

The second big news was the long awaited linking of the huge Les Arcs ski area to the equally vast La Plagne ski area across the valley, by means of a spectacular double-decker cable car, the Vanoise express. The joined areas are collectively known as Paradiski and, with more than 400km of piste spread over 10,000 hectares of mountainsides, are by some measures among the three biggest ski areas in the world.

And third on the news list is the recent addition of Edenarc located just above Les Arcs 1800. Edenarc follows the same successful formula as Arc 1950 Le Village offering a range of stylish high quality apartments in a family friendly environment with superb leisure amenities.

PowderBeds offer a range of Les Arcs accommodation including Edenarc and Le Village 1950 as well as a wider choice of Les Arcs apartments from two to four star. 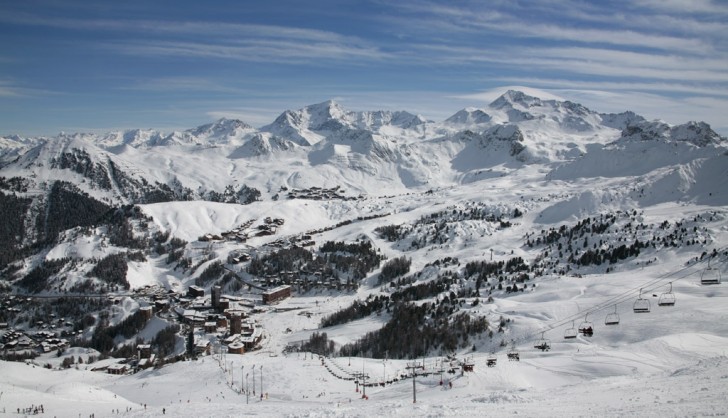 Where do the Ski Experts go to Ski? Les Arcs Edition

Ever wondered where the ski experts at PowderBeds ski? Well wonder no more, here's Emilie's guide to Les Arcs.