On your Les Coches ski holiday you’ll find it is one of the ten villages that make up the giant La Plagne ski resort, which itself is part of the even bigger Paradiski region, thanks to the lift connection to neighbouring Les Arcs. However Les Coches, which is generally twinned with neighbouring Montchavin, has a life of its own beyond being part of a larger area so, really, you get the best of both worlds.

Les Coches is in fact purpose built, but has mostly grown up since the 1970s, and has been constructed in an attractive traditional wooden chalet style rather than in the concrete-block style of nearby high altitude resorts. Lots of pretty lighting make Les Coches seem even more magical at night. Montchavin is a traditional farming village so you get the benefit of both old and new.

All of the Les Coches accommodation offered by Powderbeds is in the traditional timber style and includes a range of Les Coches apartments ideal for families or guests who like the extra space and flexibility of self-catering ski accommodation.

The villages have benefitted a great deal in recent years from their proximity to the spectacular double-decker Vanoise Express cable car which forms the link between the Paradiski areas, meaning that they have moved from being at one extremity of La Plagne’s large ski area to being centrally located in Paradiski, causing a rush of interest from tour operators and chalet buyers when the lift first opened, which has not diminished since.Peisey on saw the same rapid growth in popularity.

Overall Les Coches is a very pleasant, and very well placed village for a holiday in one of the world’s biggest ski areas. It will ideally suit those who are happy to stay in a pleasant village, with limited but perfectly adequate facilities and for those who do not need a hedonistic nightlife or a vast choice of things to do off the slopes. Most essential facilities – ski lifts, ski school, shops and so on are just outside your door without the need for a long walk or shuttle bus ride, but more is available (by ski or shuttle bus!

Our Les Coches ski deals page has the very best up to date pricing and offers. 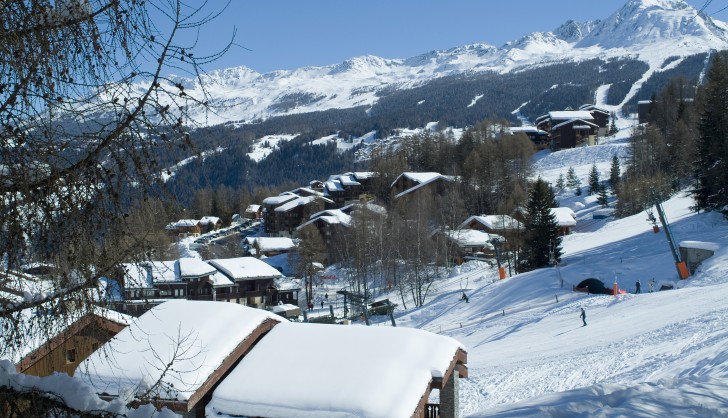