The potential for skiing at Les Saisies was first identified in the mid-1930s by an Austrian ski teacher, Erwin Eckl, who set up a hotel here, but it took nearly 30 years before Les Saisies was developed in to a ‘proper’ ski resort during the great French ski resort building era on the 1960s. However with lots of fore-thought, development here was largely in the form of giant, wood clad chalet style apartment buildings rather than the rectangular concrete blocks that were predominant at the time. These were all built with spectacular views of Mont Blanc.

Les Saisies is particularly famous for its cross country skiing. 16 of the 53 events at the Albertville Winter Olympics in 1992 were staged here – that’s all of the cross country and biathlon competitions. There are 100km of cross country tracks for all ability levels.

Downhill skiing is extensive too though and the champion French downhill racer Franck Piccard grew up and now owns a hotel here. There are more than 185km of runs shared with the neighbouring Crest Volland ski resort, creating L'Espace Diamant ski area. However the terrain is predominantly easy to intermediate and there is an area pass that doubles that by including several more ski areas nearby. However the vertical is limited, on the local slopes at least, at only 300m, topping out at 1950m – one of the lowest points for a leading resort in the Alps.

One final point of note is that Les Saisies has made a particular effort with information technology in recent years and is largely covered by a network of free WiFi hotspots.

For the best offers and prices at our featured Les Saisies accommodation, please visit our Les Saisies ski deals page 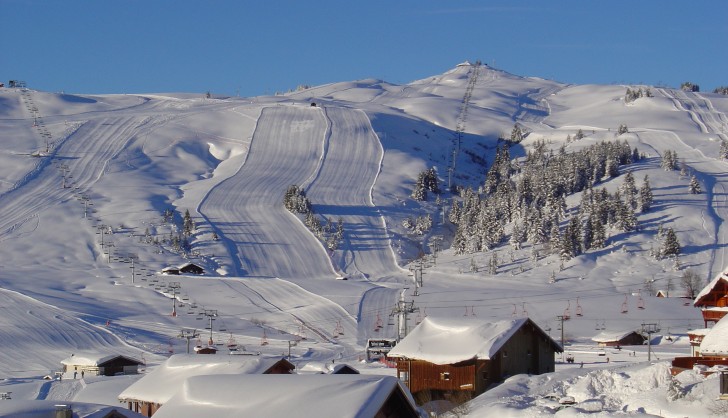