People have been enjoying a Megeve ski holiday for almost a century, having been founded as a French ski resort by the Baroness de Rothschild in 1916. Megeve did exist before the Baroness took an interest in it however, as a farming and forestry centre for centuries before. And Megeve's ancient medieval centre is still intact, adding to the resort’s charm today.

The Baroness’s plans were a huge success and Megeve was France’s top resort for the better part of 50 years. For many it still is to this day but the new wave of ski resorts in the 1960s created some competition, and not so many royals arrive here each season as they did in the 1950s, but then again there perhaps aren’t now so many royals to go around.

In any case the resort remains chock full of excellent shops, Megeve apartments, hotels and spas. The heart of the resort remains very attractive, with spectacular views from the resort itself and also from the slopes above. Dining out is a particular strength of Megeve with a multitude of gastronomic choices, and several Michelin stars glittering.

On the ski slopes (which you’ll see rising on all side of the village) you will be spoiled for choice with three local ski areas, partially linked, close to other ski areas which together form the 445km Evasion Mont-Blanc pass. There are long term plans to connect these altogether with ski lifts and runs but at the moment you need to take a bus at some points.

The Megeve accommodation we feature offering a choice of self-catering apartments and for the best pricing and deals visit our Megeve ski deals page. 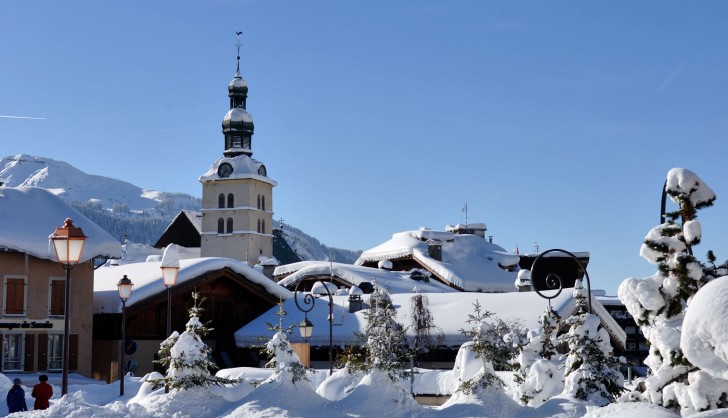