Confident intermediates can comfortably tackle the Valley Blanche descent next to the village, the world’s longest ski run, off-piste for up to 25km (if the snow is good down to valley level). This is a largely gentle run on the top of a glacier and should only ever be attempted with a guide due to the risk of death in falling in to a crevasse.

The greatest challenges for many on the run come at the start, with a fairly alarming ridge walk in your ski kit carrying your skis down an icy slope from the top of the Aiguille du Midi three stage cable car up from Chamonix and 3,842m up – one of the world’s highest lift-served points and nearly 3,000m above the valley.

Those not phased by this ridge walk may find the greater challenge clambering up several hundred metal steps, again in ski boots carrying your skis, at the end of the run to catch the train for the final stage back to Chamonix.

There are limited shopping opportunities in the village, with Chamonix dominating the shopping in the valley.

Head down to Chamonix for some recreational shopping in the dozens of clothing, jewellery and gift stores. 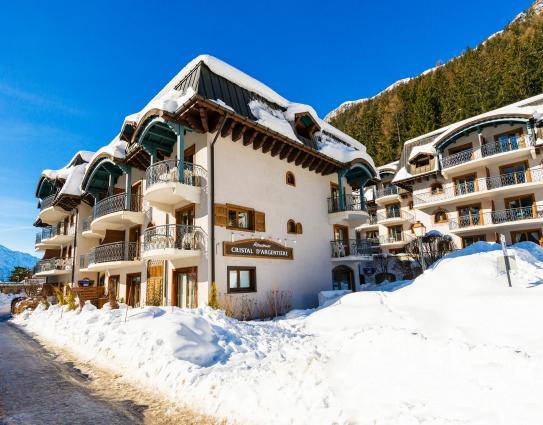 Accommodation From £73 per night
Arriving on Saturday 20th March 2021, and staying for 7 nights