Part of the enormous Paradiski area with its 425 km of slopes, Bourg-Saint-Maurice is the perfect destination for snowsports enthusiasts wanting to experience life in a true mountain town.

Although there's no skiing in Bourg itself, it's linked to popular Les Arcs by the Arc en Ciel funicular from behind the train station, meaning those keen to get on the slopes can be whisked up to Arc 1600 in less than 10 minutes. During winter the funicular departs every 20 minutes, making the journey from your accommodation up to Paradiski's vast terrain as quick and easy as possible.

Since 2003, Les Arcs has been linked to La Plagne by the scenic Vanoise Express cable car, creating a truly breathtaking ski area with 142 lifts connecting 239 pistes, so you'll be well and truly spoilt for choice - whether you're an expert or just learning.

Staying in Bourg also opens up the possibility of exploring further afield, and some Paradiski passes allow skiers and boarders to spend a day in the Espace Killy or 3 Valleys areas.

The rich cultural heritage of this authentic town also ensures non-skiers never find themselves short of things to do. Beginning as a Roman settlement and later becoming the small 15th century town of Saint Maurice, the numerous medieval buildings, churches, old bridges, cloisters and temple ruins in and around the town are evidence of the history of the valley and its inhabitants.

Today the town also offers a range of modern attractions and amenities, including shops, bars, restaurants, spas, childcare facilities and a cinema.

Despite its low altitude, Bourg-Saint-Maurice actually makes a very ski-friendly destination, offering the freedom to discover any of the surrounding resorts and their diverse and extensive slopes, all from this unique and conveniently located base. 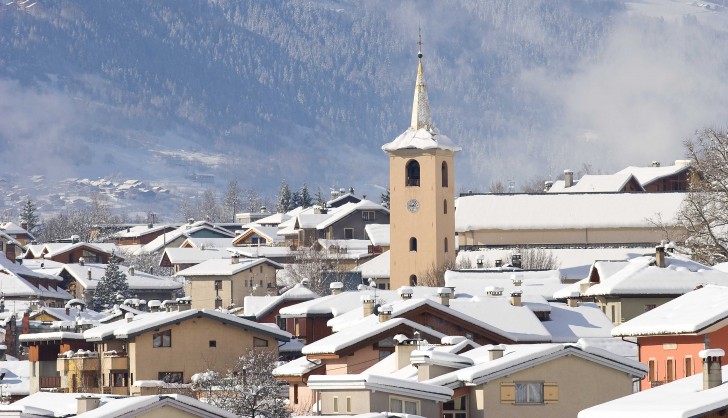