When you take a Brides les Bains ski holiday you’ll discover this isn’t your conventional ski centre as there are no ski slopes next to it. Instead the old spa town has been connected for 20 years to the world’s biggest ski area – the Three Valleys – at Meribel, by one of the world’s longest gondola rides.

The lift was built in the early 1990s so that Brides Les Bains could provide accommodation for athletes participating in the Albertville 1992 Winter Olympics. Brides Les Bains was chosen because it forms a central point from which skiers can head to other major resorts in the area that were also Olympic host venues. This remains an advantage nowadays for visiting skiers who have their own transport.

It is also quieter and with fewer bars and shops that the altitude resorts, probably a good thing for Olympic racers but something to consider if you’d like a lively nightlife. The gondola from Meribel stops running at 5pm, so if you want to make use of the famous après and dining scene up there after your day on the slopes, you’ll need an alternative way to get back down.

The spa status for which Brides-the-Baths first gained fame more than 150 years ago is still in play though, with the onus slightly more on health and well-being than on pampering. The superb modern spa facility uses four thermal springs in its treatments and specialises in weight loss.

Otherwise it’s a quieter, more affordable base for the Three Valleys, for which the pay-off is the 20 minute ride up then back down the mountain on the gondola to reach the ski slopes every day.

And where to stay? There's lots of great value Brides Les Bains accommodation including the Residence Cybele. 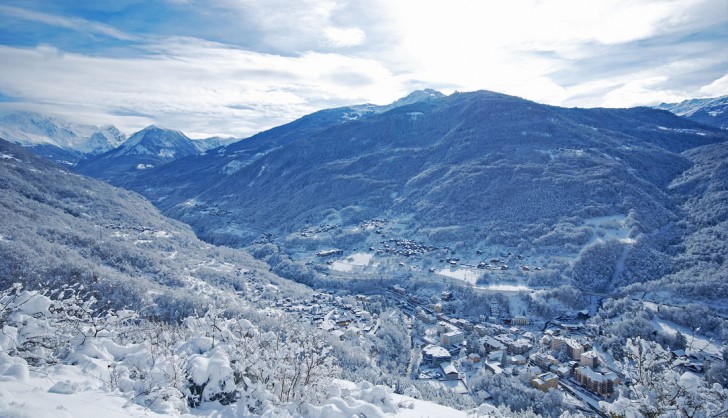