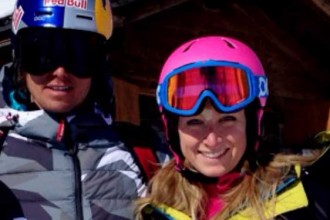 Eilidh McLeod is our insider in the Chamonix valley. Eilidh grew up racing and has skied all over the world with the Scottish Team and British Development team, but when we asked her to tell us about a resort she loves, she immediately told us about the Chamonix valley.

Having spent her early racing career training at the British Ski Academy in Les Houches, she has skied the Chamonix area more than most, and probably faster too!

How many seasons have you skied in the Chamonix valley?
When I was younger I would spend my winters at the British Ski Academy in Les Houches. It was a great way to pursue my racing and keep up with school work. We would train in the mornings on some of the best training pistes in Europe alongside local French kids then do school work in the afternoons back at the academy.
Once I was full time I spent 2 full seasons in Austria in a British Olympic base but when we lost the funding for there I went back to Les Houches and rented a flat for the season, mixing up free skiing, coaching and racing.

What is your favourite thing about the Les Houches?
I’m afraid I am going to have to write a list:

Where’s your favourite place to eat on mountain?
Since I love to sit outside, especially in the sunshine, my favourite place in resort is called le Cha. It’s self service and reasonably priced (as far as French ski resorts go) and because it is down the back side of the mountain it is out of the shade of Mont Blanc so is always a lovely little sun trap. The views as you ski down from here into the valley are also pretty awesome.

Where would you ski on a powder day?
In between the trees! There’s so many of them because the resort is so low down! If you are there outside of peak season, you will find that most of the pistes are really wide so if you are on first lift you can take advantage of making new tracks for most of the morning (it can be that quiet during school time!) whilst staying within the safety of the marked runs, making it good for novices that maybe wouldn’t want to stray too far from the piste.

What is your favourite run in the ski area?
Obviously as an ex racer, the Kandahar. It’s the run that is used for the Men’s world cup Chamonix downhill. First thing in the morning, when there’s no one else on the hill I like to put a pair of long skis on and do a couple of laps flat out from top to bottom. The leg burn is quite something. It is also only steep in 2 sections, the rest is lovely long gliding piste through the trees so suitable for all standards! Just watch out for one section that the men actually jump through (a very narrow part between the rocks that is sometimes closed because the pistey machines can’t go through it!)

Any advice for families coming to the resort?
Get a full area ski pass and hire a car. I know its not everyone’s ideal way to holiday, so you can use the free public bus for getting around within the Chamonix valley but with a family it is probably easier to use the car.

Where do you like to go for a few drinks after a hard day skiing?
The slalom bar is a lovely little hotel at the foot of the Kandahar run that serves good drinks, hot chocolates, and it’s the place to go when the 6 nations is on! Alternatively up the hill at the bottom of Col De Vossa where you can get on the tram that takes you back to St Gervais there is an authentic restaurant next to the tram tracks that looks like an old converted barn. Great place to stop and wait for your lift back down.

Where would you take beginners if you had some to stay?
There are plenty beginners slopes in Les Houches. They have a small chairlift at the top of Prarion gondola so it means no faffing around with pommas until they are actually ready to take one on.

What’s your favourite piece of trivia about the Chamonix valley?
When was the Bellevue gondalla built?? (There's not many ski resorts in the world where they still look like this) – We googled, it was 1937!

What are the three best things about winter?

Do you have a fondest ski memory?
Tough question, I have so many. One that sticks out however, was the day I put my skis back on properly having been told I wouldn’t ski again 2 years previously after a nasty accident. I thought I was going to have forgotten how to do it!

Favourite thing to do during a snow storm?
Sit around a blazing fire with hot chocolates and get excited but the powder day to follow.

Where can we find the (world’s) best mountain restaurant?
In Murren, next to Wengen in Switzerland there is a revolving restaurant at the top of the mountatin. It is actually used in James Bond on Her Majestys Secret Service. That’s a pretty cool place to eat. However, I also love La Vache in Verbier, delicious food and its owned by James Blunt and Laurence Dellallio.

Have you ever met a celebrity in resort?
Many!! As I now work in Verbier in the winter it is weird if you don’t spot any. Last time it was Prince Harry! If you are in Les Houches at the end of January you will spot all the world cup skiers as they fly down the Kandahar. I also once met Glen Plake in Argentiere which is pretty cool (if you know who he is)!

Where makes the best croissants?
EVERYWHERE IN THE ALPS! I am yet to find a bad one. (but I prefer pain au chocolats!)

Tell us something about the resort that few people know?
I guess few people realize the Chamonix downhill is in fact held in Les Houches.

Any parting words of wisdom?
There are a few nice places to stay in Les Houches. If you are on a budget there are plenty self catering apartments dotted around the town. If you are looking for a hotel the slalom bar hotel is lovely. However, if you are looking for the kitsch French experience St Gervais is like stepping back 50 years in time so staying there would be lovely. Alternatively, if you have the budget, rent a chalet closer to Chamonix. Best of both worlds with access to skiing, and a busy town that is definitely worth checking out! The Chanel shop (and Chanel skis) says it all really!

Lastly, go to Poco Loco in Chamonix for some food... Best Burgers in the world and great value!

Eilidh, taking on the night slalom in Chamonix. 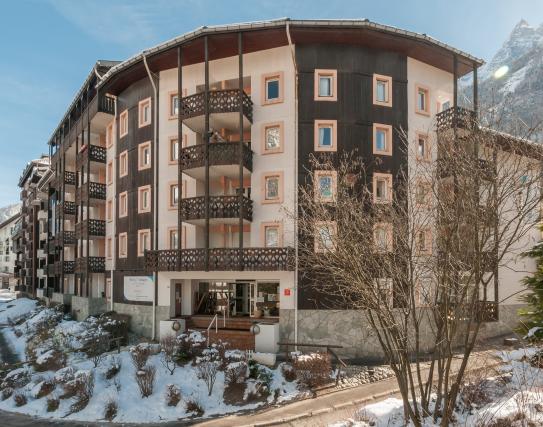 Accommodation From £56 per night
Arriving on Saturday 15th April 2023, and staying for 7 nights 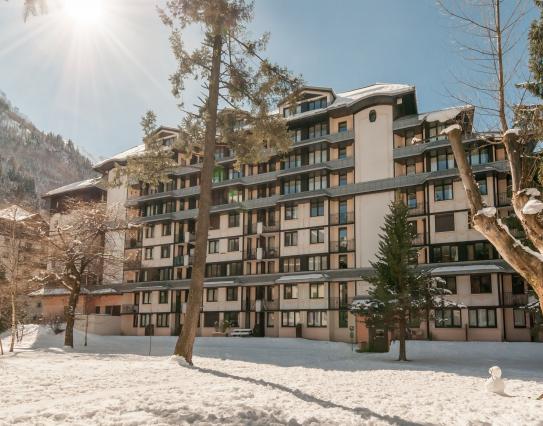 Accommodation From £70 per night
Arriving on Friday 14th April 2023, and staying for 7 nights 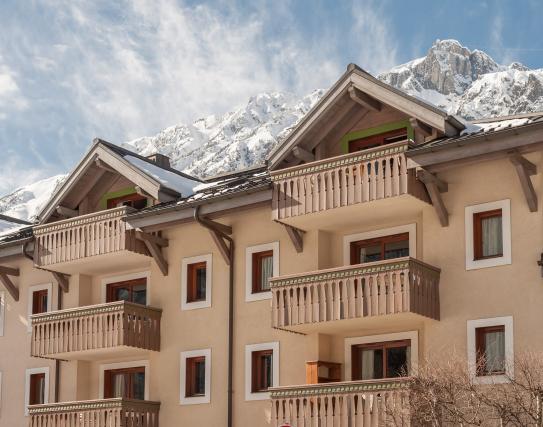 Accommodation From £84 per night
Arriving on Saturday 22nd April 2023, and staying for 7 nights