Distance to airports: 50km to Geneva

Le Grand Bornand may not be the most famous of French ski areas, but for those who love all things French, there are few better ski destinations. The village is as famous for the local Reblochon cheese as for its ski slopes, with 50 working family farms still very much operational in the valley (and well worth visiting during your visit). This is despite sending nine locals off in the French team to the 2010 Olympics, more than any other French Community (and bringing back gold in biathlon courtesy of Sylvie Becaert).

The local ski area is extensive however and offers slopes for all ability levels, although families will particularly enjoy the unintimidating and friendly atmosphere. To extend the choice further a regional Aravis pass, including a shuttle bus, takes in the higher and more extensive slopes at neighbour La Clusaz, only 6km away.

Although marketed as one place Le Grand Bornand is in fact made up of two separate centres a few kilometres and about 10 minutes drive apart. Les Grand Bornand Village has (marginally) the majority of the facilities but higher Le Grand Bornand Chinaillon, where skiing began in the area, has a good selection of shops and restaurants too. The two are easy to ski between and a ski bus service, free to lift pass holders, runs during the daytime and on Friday evenings.

When you visit Le Grand Bornand you feel that there’s more to your ski holiday than downhill skiing or boarding and, given its ambience and traditions, it’s no surprise that Nordic snow sports are ‘big’ there too.

Le Grand Bornand offers fantastic value and is perfect for a family ski holiday without the glitz and high prices of more famous resorts. For the most up to date prices check out our Le Grand Bornand ski deals page. 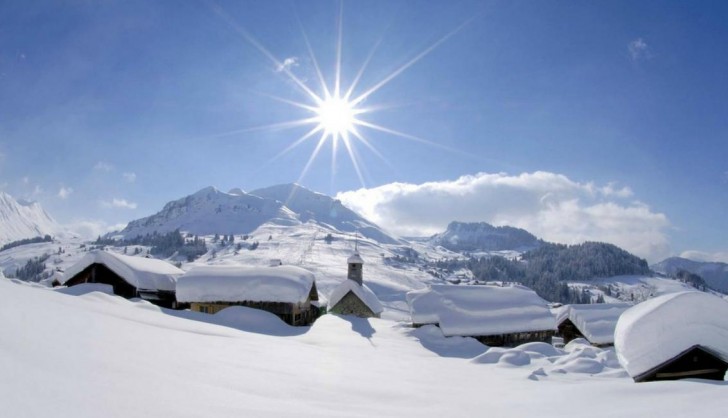