When you ski Les Carroz you’ll find it is a long established village and one of France’s original ski destinations, with people arriving here to slide down the local slopes as long ago as the 1930s. But its history stretches back much further than that as a farming community, and this means that Les Carroz has a year-round identity, allowing the moderate selection of shops, restaurants and other activities to be properly established, rather than following the common pattern of seasonal operation.

Les Carroz, built in the traditional Savoyard style, sits on a sunny plateau and is both one of the easiest resorts in the Alps to reach by car, rail or air and is itself well connected to one of the largest ski regions in the world, The Grand Massif, by a modern gondola. It’s 10 minutes from the nearest A40 motorway exit, the same time away from Cluses high-speed train station, and approximately 45 minutes from Geneva airport on a good day.

Les Carroz is quite spread out once you leave the core area around the central square and, depending on where you stay, you may need to drive or take the ski bus up to the gondola base station, 300m above the village centre. However most of the newer development is slope-side so this isn’t an issue.

The Les Carroz accommodation we offer is all self-catering allowing guests more space and flexibility than a hotel. Our Les Carroz apartments include the recommended four-star Les Chalets de Jouvence by CGH. For the latest prices and offers visit our Les Carroz ski deals page. 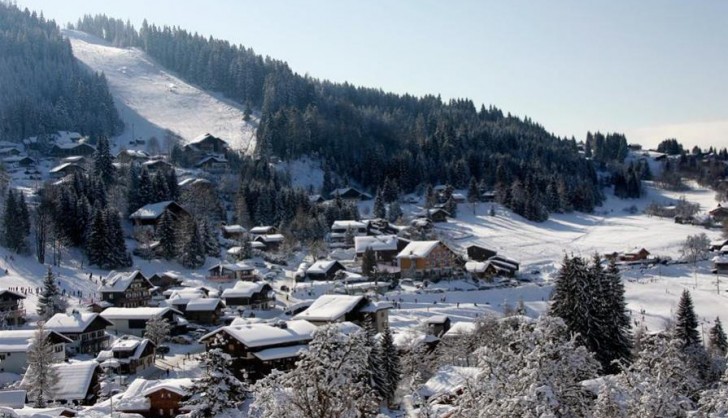 Two of our best (and smallest!) customers give you the low down on being a kid on holiday in Les Carroz.