When you take a Les Houches ski holiday you are staying in a traditional farming village at the entrance to the Chamonix Valley. It is a very different place from the large town that is its better known neighbour, six kilometres away.

Les Houches village is centred around its ancient church and has spectacular views of the Mont Blanc massif.
Les Houches has a strong offering for families with lots of organised activities and events, and wholesome activities like donkey rides, a child-friendly ropes course through the trees, a St Bernards kennels and a goat farm to visit.
The ski area is different too, lower than the other ski areas in the region and with gentler slopes, it is none-the-less the biggest single area of the half dozen in the Chamonix Valley, and the best for families and beginners.

Mixed ability groups can also find a good base here, as better skiers who purchase the full Mont Blanc Unlimited pass can access the higher, steeper areas further up the valley, and make use of the bus service between them, that’s free of charge to holders of this type of pass. A lower priced pass for Les Houches only will satisfy less demanding intermediates.

Two interesting side notes on Les Houches. First the village is twinned with Krasnaya Polyana, venue for downhill ski events at the 2014 Winter Olympics – so you may find Russian references across the resort. Second, although the resort has predominantly beginner and intermediate level terrain, it is home to one of the world’s classic ski runs, the Verte piste, which hosts ‘Chamonix’s Annual World Cup' downhill races. 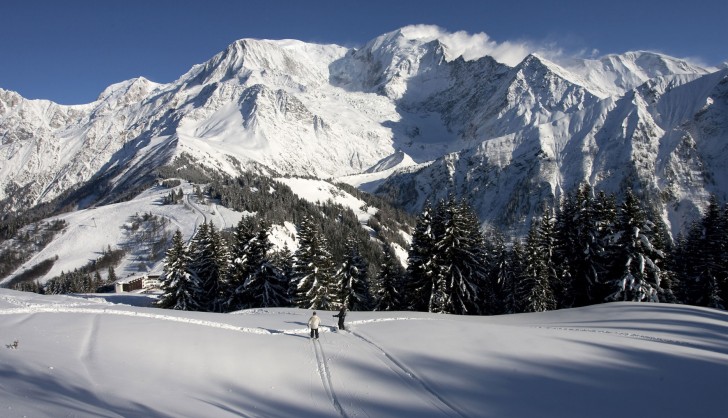