Les Houches has some very nice restaurants dotting its slopes, a real resort strength. Most are small to mid-sized traditional wooden chalets serving up local cooking and all with great views out over the Mont Blanc mountains.

The Hors Piste restaurant (+33 (0)4 50 53 53 53; le-hors-pistes.com) close to the Verte downhill run is typical. It’s owned by Georges Hottegindre, former official trainer of the French National ski team, a fifth generation member of a family who, since 1928, have been cable car and ski lift constructors, mountain guides, hotel and restaurant owners on the local mountain. The restaurant has brasserie and cafeteria menus as well as serving Savoyard specialities.

Les Vieilles Luges (+33 (0)6 84 42 37 00; lesvieillesluges.com) is another great choice, serving up local favourites in a 250 year old farmhouse, run by a family who can trace their history in the Valley back for more than five centuries.  In fact the current owner is an ex French ski team member and was once the country's junior champion, the Verte (Kandahar) World Cup piste is named after the family.  His Australian wife cooks delicious local recipes, passed down from the family via her mother-in-law.

The Pèle restaurant in the hotel Beau Site has high calibre food created from local ingredients, where possible, by proprietor chef Christian Perrin. Les Granges d’en-Haut is one of the classier establishments, offering fine dining with Italian overtones.

There are five food shops in Les Houches.

Le Refuge Payot (Place Fruitière; +33(0) 4 50 34 87 09; refugepayot.com) is quite a special outlet for quality local Savoyard cuisine. Its produce includes charcuterie and epicerie and it gets a Michelin Guide mention for quality and service. Deliveries are possible. 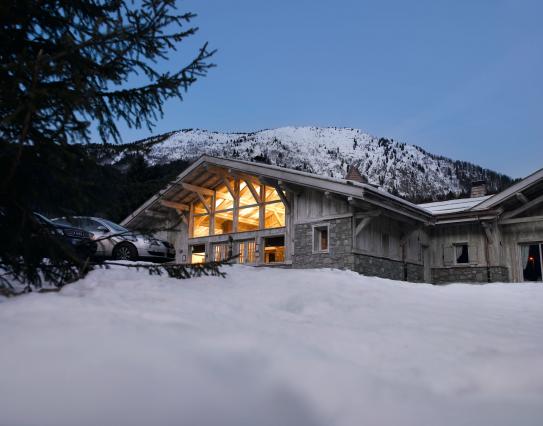 Accommodation From £112 per night
Arriving on Saturday 20th March 2021, and staying for 7 nights