On your Montgenèvre ski holiday you’ll be following in the footsteps of numerous illustrious previous visitors to the high altitude village right on the border with Italy. Its history goes back to before the birth of Jesus Christ when Julius Caesar popped by in 58BC. Its skiing history is long too, one of the oldest resorts in France, or anywhere in fact, with the first skiers arriving in 1907.

To mark the centenary of winter sports however the village has seen some dramatic improvements over the past few years which have transformed it almost completely in to one of the best equipped ski resorts in the Alps. That busy border road used by Julius Caesar and more recently Napoleon only a couple of centuries ago, now by-passes the village. The front of the resort, where it meets the ski slopes, has been overhauled in terms of buildings and on the slopes themselves, with a multi-million Euro investment in new lifts and other new facilities that have transformed almost every aspect of the ski holiday experience.

Montgenèvre is also the sole French resort of six that are connected together in the giant Milky Way or ViaLattea circuit of 400km (250 miles) of piste that connects the village to the 2006 Winter Olympic resorts of Sestriere, Sansicario and Sauze D’Oulx in Italy as well as Cesana and Claviere, the latter just a few kilometres from Montgenèvre, the oldest in that country too. 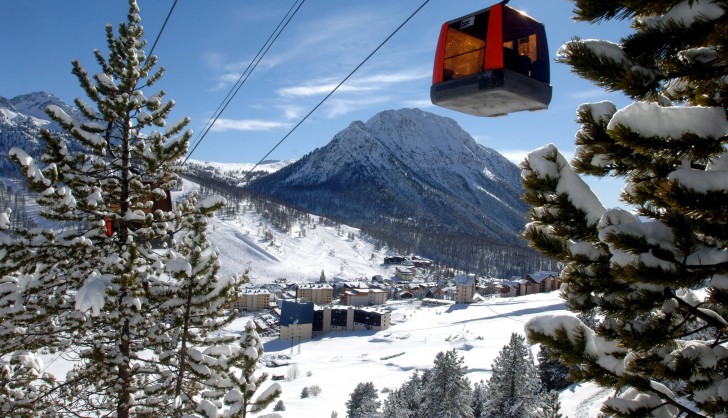