A Morzine ski holiday takes place in the village that’s one of the larger centres in France and has a giant ski area above it to match. Morzine village is one of Europe’s original ski resorts, with winter visitors first welcomed in the 1920s and the first lifts erected in the early 1930s (which is as early as ski lifts were invented). However its pleasant ambience of chalet style building and the ease of reaching it from the French motorway network have helped to make it as popular in summer as in winter, a key element of its long-term success.

Morzine is rather spread out and an efficient ski bus network circulates around it, but ski-in/out accommodation is rare and it’s a definite advantage to stay in one of the hotels or apartments near to one of the gondolas which serve the ski slopes on either side of town. On the one side the Pleney lifts rise to a large ski area shared with neighbouring Les Gets, on the other they climb up towards Avoriaz, with which Morzine is jointly marketed, and a complete contrast being of ultra modern design and 800 vertical metres further up the mountain.

These two ski areas form part of the giant Portes du Soleil, one of the claimant to the title of ‘world’s biggest lift served ski area’ with 650km of runs, 50km more than the 3 Valleys. However unlike the latter there are a few breaks in the circuit in the Portes du Soleil. Not that it matters in the practical sense as there are far more ski runs than most will be able to tackle in a week in any case, with more than a dozen ski areas connected on both sides of the French-Swiss border.

Morzine itself has well above average shopping, dining and après ski than most of the large, modern French altitude resorts, as well as bags more character and ambience and so remains very popular with British guests.

For up to date pricing and the best offers on our Morzine accommodation please visit our Morzine ski deals page. 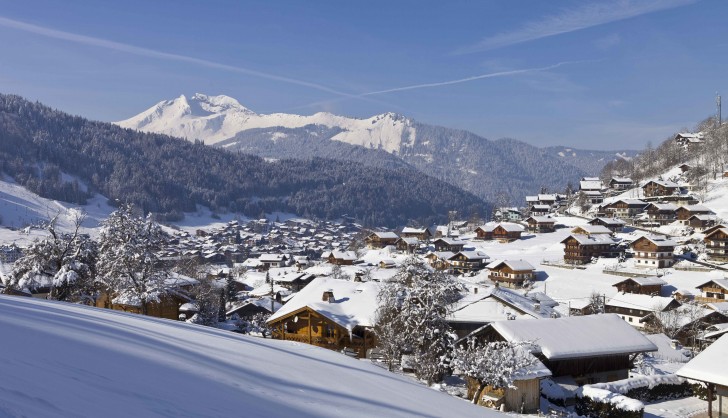