Unlike our Austrian friends, France might not boast more après-ski related injuries than ski injuries but France has its fair share of lively resorts where dancing on the table in your ski boots with a pitcher of beer in hand is par for the course! Read on to find out where the top five après-ski resorts in France are:

A favourite amongst Brits, Val D'Isere is home to the infamous La Folie Douce just up from La Daille where you can party in ski boots into the early evening. La Folie Douce is all about DJs on a balcony, banging euro style dance music, shots and magnums of rosé - it's not for the faint-hearted!

The Morris Pub, a British style bar serves awesome burgers, and there's also Le Petit Danois, a Danish bar, which serves free shots during happy hour! At the end of the night, visit the legendary Dick’s Tea Bar which has been catering to Val d'Isère's party loving crowds for over 30 years. This ever popular haunt, located near the foot of La Face piste, opens for après-ski at around 4pm every day with live bands and DJs. The fun continues right up until 10.30pm when the 'After Dinner Club' kicks off with more live music until 1am. Then the nightclub starts and continues right through to 5am at which time it's not unusual to see people emerging still in their ski gear.

There are also loads more low-key options if you just want a few quiet après beers before heading back to your ski accommodation, or one of Val d'Isère's many restaurants for dinner.

Best for: On piste après at La Folie Douce 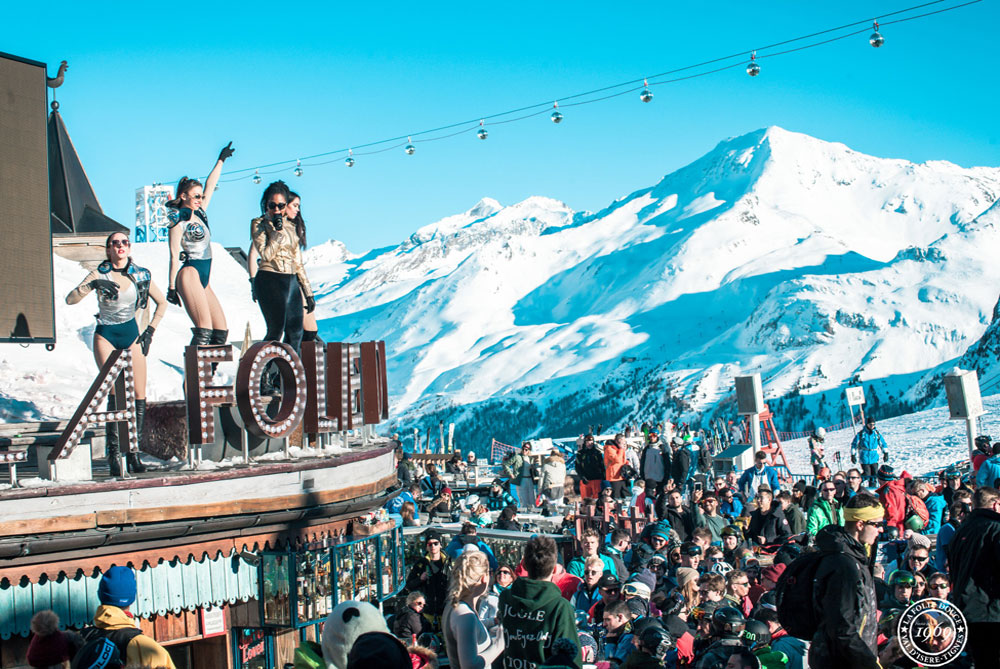 As you'd expect from one of the largest, coolest and most popular towns in the Alps, Chamonix has a vibrant party scene. And unlike many of the puropse-built resorts in the Alps, which largely cater to a seasonal influx of tourists, Chamonix's size and perennial population mean it offers much more in the way of après-ski and nightlife.

The town centre is jam packed with bars and restaurants, with plenty to suit all ages, tastes and moods. One of the most popular spots for après-ski is Chambre Neuf, which has live bands from 5.30-7.30pm, 6 days a week, throughout the winter. Expect crowds and plenty of dancing on tables.

At the foot of the Flegère cable car, the terrace at Le Castel is a great spot for panoramic views of the Mont Blanc Massif. At the Les Houches end of town, don't miss new kid on the block Brewpub Le Solerey with its sunny terrace, djs and laid-back staff. All beers are brewed on site and the menu includes amazing 'smoker' meats including the Smoked Brisket Burger.

For live music and good beer you can’t go wrong with the Jekyll. The MBC - a microbrewery owned and run by Canadians with a passion for craft beer - is ideal for some great beer and food - they serve amazing burgers, and don't miss the legendary half-price chicken wings every Monday night. Well-heeled guests should try out Le Privilège.The cool ski and board kids hang out in Chamonix Sud at Monkey bar and South Bar, which are both full of beautiful Scandinavians. Both have live music and are open from 4pm until late.

2018 saw the dawn of the first ever La Folie Douce Hotel which opened in Chamonix offering all the best of the classic Folie après-ski entertainment with the added bonnus of being a hotel with a great choice of restaurants, bars and fantastic leisure faciltiies.

Best for: Mixing with Swedish, French and British party animals. 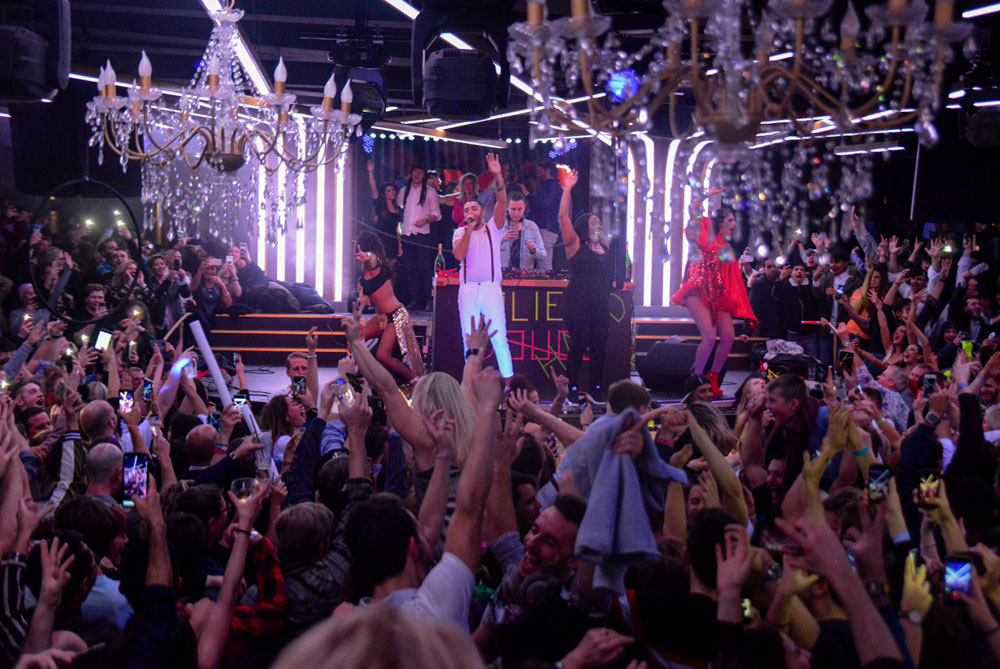 Meribel is a cracking party town with some great legendary bars and nightclubs. No trip there is complete without checking out The Ronnie, officially Le Rond Point, an après bar on the slopes that does jugs of beer, shots, wine and live music – The Feeling used to be the house band! If you've taken full advantage of the beers and wines available, be very careful skiing or boarding back down to town!

Over in Val Thorens there's been a Folie Douce for a couple of seasons and in 2013 Meribel opened its very own outpost. So if loud music, dancing in ski boots and Jäger bombs are your thing then head on over.

In town, L'Abreuvoir is a stylish new French bar – a welcome change from Alpine pubs and grungy British watering holes. La Taverne Bar is an established favourite along with Scott’s Bar and Jack’s Bar for post ski, pre club drinks. Then it’s time to head to a club hosting excellent DJs and themed nights.

Best for: Beer in the afternoon sun at the Ronnie.

Val Thorens was chosen as the location of the second incarnation of La Folie Douce and with good reason. The highest resort in the Three Valleys, and indeed Europe, has a well established reputation as a party town, and the arrival of La Folie Douce and the adjoining La Fruitière restaurant has just helped to cement that further. The site they've chosen is a total sun trap and we'd recommend a long lunch at La Fruitière before walking a few steps across the deck to La Folie Douce for some of the best, and sometimes strangest, après-ski in the Alps.

If you're skiing nearby, you'll almost certainly hear La Folie Douce before you see it, and you may have to look twice when you see hordes of skiers and snowboarders dancing on tables to ridiculously loud euro pop!

Almost surreally, the party ends abruptly when the lifts stop, and the fervent crowd weave their way back down the slopes to continue the fun in one of Val Thorens' many other après-ski hot spots.

Other popular haunts include the very British Frog and Roastbeef, or if it's a few beers in the sun you're after, head to Bar 360 which has a massive terrace, live music and an après happy hour.

If you want to party the night away at Europe's highest nightclub then head over to Le Malaysia, where you'll find an inconspicuous little hut in the centre of the main square that serves as the entrance to the huge 1000m² underground club below. Malaysia is infamous in the après scene and has played host to legendary DJs and artists such as Calvin Harris, Chase & Status, Rudimental, Afrojack and Eric Morillo to name a few.

If you want to party at Europe's highest bar, club and sun deck then Val Thorens is the place to come. Just remember that sun, altitude and alcohol can be a pretty heady mix!

Best for: Partying in two resorts in one day. 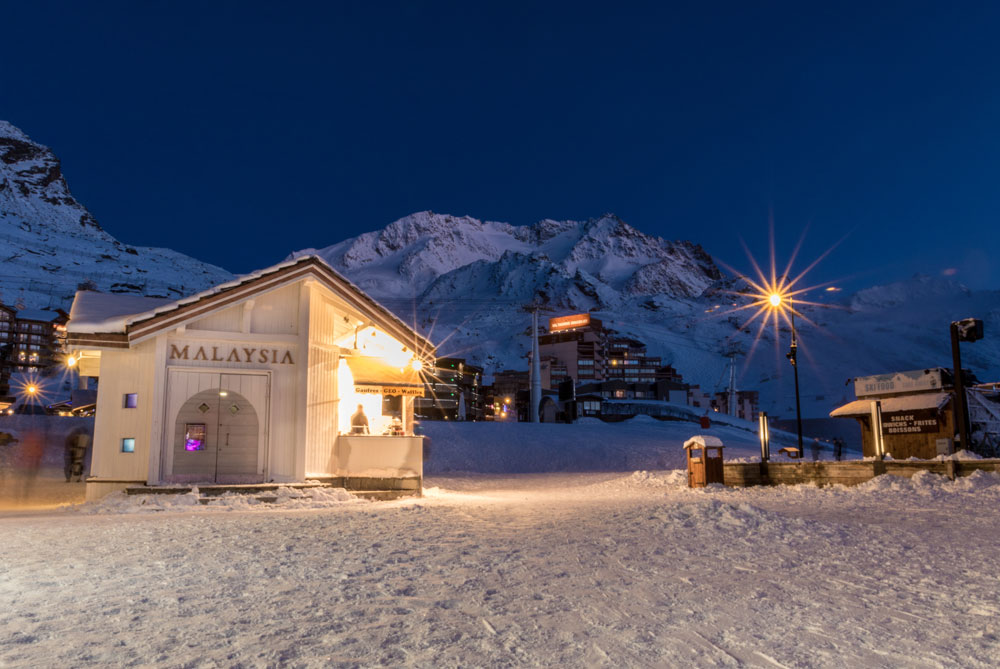 In the Southern Alps, Les Deux Alpes comes up trumps for being the best night out. Le Saloon has a wide range of burgers, including sushi burgers, or The Secret serves up good pizza and live music. La Rhumerie does as it says on the tin and has a host of flavoured rums on offer while the Windsor Pub is a classy boutique pub. At the end of the night check out the L'Avalanche club.

In recent years Avoriaz and Morzine have upped their après game: there's now something for everyone with the latest La Folie Douce fast becoming the go-to après spot in Avoriaz and of course, Morzine holds its own with a reputation for cool live DJ sets.

If you’re on the slopes of Avoriaz around après o’clock start things off in the centre of town at La Cabane’s outdoor bar with live music and a great atmosphere or with a cocktail on Globe Trotter’s sun terrace. Head along to La Folie Douce to keep the party going until 6pm, expect plenty of dancing on the tables in ski boots then slide back down to The Place or Shooters for evening drinks.

In Morzine, after a day on the slopes head to Bar Robinsons (affectionately known as Robbos) or Happy Hours Bar at the bottom of the Prodains lift for live music then keep the night going at the only nightclub in Morzine, L’Opera where you can party the night away. 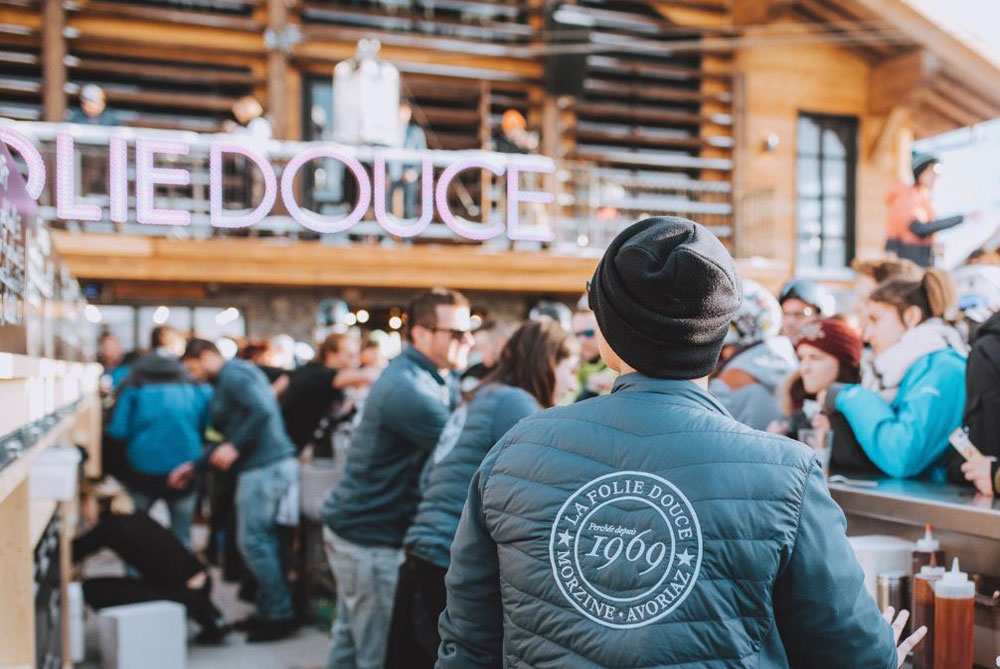 With the arrival of Tomorrowland festival in 2018, Alpe D'Huez put itself firmly on the map when it comes to après. The festival has managed to create a successful winter version of the legendary festival which is usually held in Belgium during the summer each year. If you've never heard of it before, imagine lots of pyrotechnics, fireworks, extravagent staging and plenty of performers all centred around live DJ sets from world-renowned artists. Throw in a 30,000 strong crowd of wild party people from all around the globe and some snow and you've got Tomorrowland winter.

Best for: an out of this world festival experience 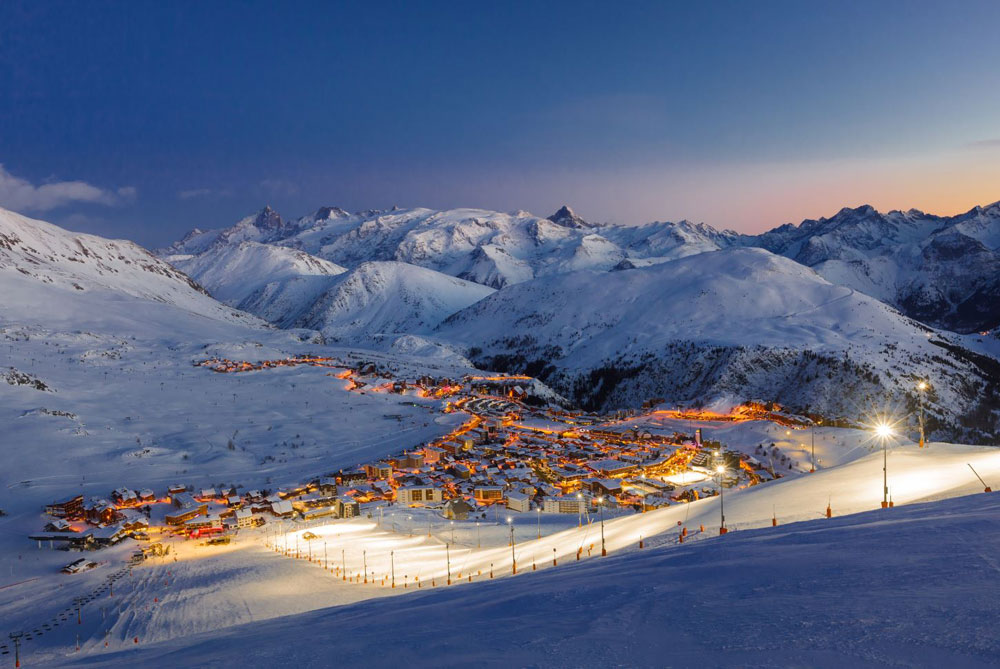 If you want to experience après-ski in France for yourself this season, check out our huge range of French ski resorts and our guide to skiing in France.