Val d'Isère is a name synonymous with skiing and although not strictly a ‘purpose built’ ski resort of the type of mountain-top concrete variety we imagine for France, it was largely created from next to nothing in a high valley of the Tarentaise region in the 1930s.

Val d'Isère has continued to attract guests for the best part of a century through constantly renewing and improving what it can offer each generation of skiers, always staying at the forefront of winter sports worldwide. At the same time it has maintained one of its key attractions – a picturesque main resort village built primarily from local wood and stone and with a compact heart, now largely pedestrianised and home to lots of enticing shops, restaurants and a wide variety of Val d'Isère accommodation.

In the 1960s Val d'Isère began its connection to Tignes ski resort with the great Espace Killy ski area named after France’s greatest skiing hero, Jean Claude Killy. This area - now renamed Val d'Isère-Tignes - now covers more than 300km (nearly 190 miles) of piste served by 76 lifts. Although it may not be the largest ski area in the world it is one of the 10 biggest and perhaps more importantly, a good many intermediate and advanced skiers think it is arguably the most exciting and entertaining ski areas on earth.

When you ski Val d'Isère you’ll be following many of the world’s greatest skiers as the resort has a long association with competitive skiing and is one of a handful of resorts worldwide to have staged World Cup, Olympic and Alpine Ski World Championships events.

Now the resort has grown into one of the best in the world, PowderBeds.com has selected some of the best self-catered apartments available including the luxury Residence Chalet Izia.

From Hotels to Apartments; you'll find something for everyone, to take a look at our best selection, check out our Val d'Isère ski deals. 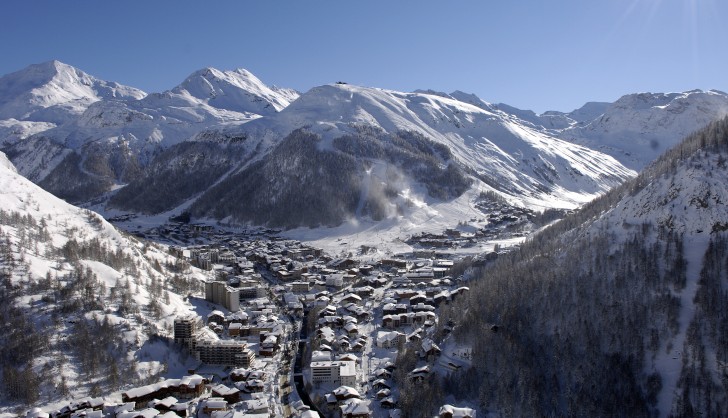