One of the more major southerly ski areas in the French Alps, when you ski Les Deux Alpes you’re also in one of the country’s original ski areas. Les Deux Alpes was established shortly before the Second World War, but only really ‘took off’ as a ski destination when many other French resorts were established in the 1960s.

Since then, the resort’s growth could be fairly described as meteoric, expanding at its base for 2km along the plateau on which its stands. The Les Deux Alpes ski map is extending ever higher and further from the village, with lifts eventually reaching the glacier in the 1980s. Among its many achievements, the resort invented what it believes is the world’s first lift pass.

As well as a world-class ski area and a lively resort base, a Les Deux Alpes holiday gives you a bigger than usual choice of off-slope activities and extensive shopping and nightlife.

PowderBeds offer a wide choice of Les Deux Alpes accommodation. Our Les Deux Alpes ski deals page is a quick and easy way to access the best prices and offers currently available in the resort. 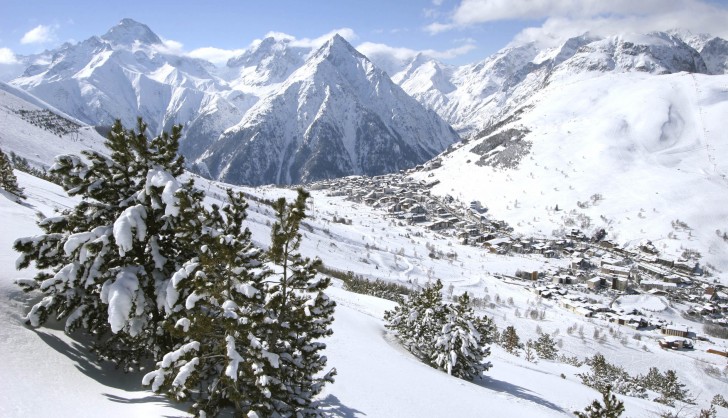 Our Top 10 Picks for Summer Skiing

Need a snow fix before next Winter? Check out our top 10 summer ski destinations...