Set on a sunny plateau right on the edge of the Ecrins National Park, the journey to Les Deux Alpes has been deemed dramatic enough by the French cycling community to host one of the most gruelling stages of the Tour de France. 21 bends later and a long way up from the valley floor you’ll arrive in Les Deux Alpes in hopefully a less exhausted state than the cyclists themselves.

The main access airport is Grenoble, which is just over an hour and a half away, but there are other airports to choose from too.

Public transport is another option though not as convenient as the bus as you’ll need to make your way to Grenoble coach station from the airport (grenoble-airport.com/-Scheduled-coach-transfers-.htm).

Not the most convenient option if you plan on taking public transport. You’ll need to make your way into Chambery to take the train to Grenoble (approx 45 mins), from where you can take the bus up to resort.

Much easier is the option of private transfers with Ski Lifts or hire a car.

There is a regular bus service from the airport to Les Deux Alpes, although they require a change in Grenoble. Tickets are available from the Transiere counter in the arrivals hall of the airport and the journey takes just under 3 hours.

Hire cars or private transfers with Alp Line (www.alp-line.com) are also an option.

Ski-Lifts are a transfer provider that offer a variety of reliable airport transfers from Geneva to Les Deux Alpes.

There’s not much in the way of public transport, so transfer options from Turin are likely to be car rental, private transfer Ski Lifts as above or a hefty taxi ride.

If you require a hire car for your ski holiday, there are a number of fantastic car rental companies based in Europe.

The best option for reaching Les Deux Alpes by train is to take the Eurostar to Paris, and then change to the direct TGV to Grenoble, but you will need to take a taxi from Gare du Nord to Gare de Lyon when you arrive in Paris. From Grenoble you can take the bus up to Les Deux Alpes, which takes just over an hour. Rail Europe (www.rail-europe.com) have more information and the ability to book tickets.

The Snow Train that serves the resorts of the Tarentaise so well is also an option, but not a particularly good one. Trains leave London every Friday night, arriving into Bourg St Maurice on Saturday morning, and another service leaves Saturday morning, arriving later that afternoon. From Bourg you can either splash out and take a 2 and a half hour taxi ride, or for a more affordable option you can take a fairly longwinded route by public transport. You will need to take the train to Grenoble, changing in Chambery en route, and then the bus from Grenoble to Les Deux Alpes. The Snow Train can be booked online at eurostar.com
.

Travelling to Les Deux Alpes takes between 7 and 10 hours from Calais depending on traffic, the number of times you chose to stop and of course, the weather.
Things to look out for are that junction 8 of the A480 from of Grenoble is poorly signposted, referring to Les Deux Alpes and its neighbouring resorts as “Stations de l’Oisans-Vizille”. You should try to keep on your toes and avoid getting sucked into Grenoble city centre, as it is particularly difficult finding a way out! For specific directions it is worth using viamichelin.com.

Once you get to resort there are plenty of options for parking. You can leave your car in the main street Avenue de la Muzelle, or in one of the free car parks in town, however in peak season you will need to get there early in the morning or late at night. Another option is the secure and covered parking that costs nothing about €35 per week in the Place de Venosc at the far end of town. 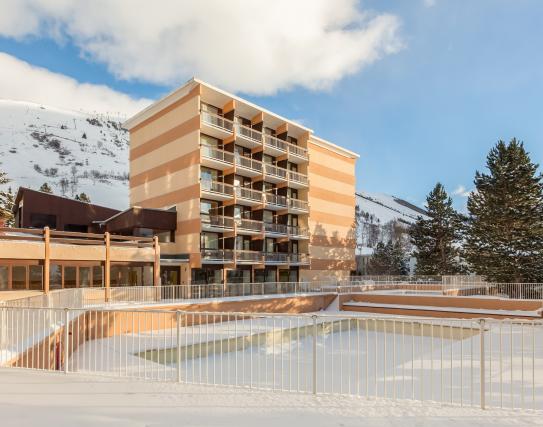 Accommodation From £35 per night
Arriving on Saturday 17th April 2021, and staying for 7 nights 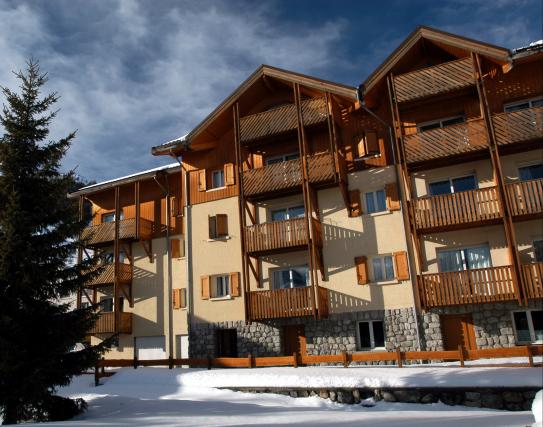 Accommodation From £65 per night
Arriving on Saturday 20th March 2021, and staying for 7 nights