Another great option if you’re self-catering in Les Deux Alpes is Huski, the mountain food and drink delivery service. Spend more time enjoying the slopes, après and great company on your ski trip and let Huski do the hard work for you. Huski offer local specialities like tartiflette made by hand using local ingredients in their kitchen in the Alps as well as a range of curries, cakes and desserts! Worried about allergies or other preferences? Huski have a range of tasty options for vegans and vegetarians as well as those who are dairy free or gluten free. We’ve teamed up with Huski to offer Powderbeds’ clients 25% off beer and wine, simply follow the link below or use the code “SPECIAL25” at the checkout. 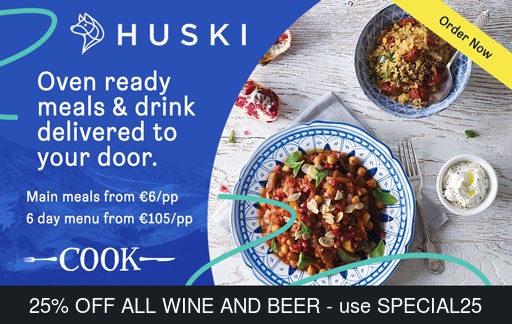 There are nine slopeside restaurants as well as two bars on the piste in Les Deux Alpes – Pano Bar (which has DJs on the terrace in the afternoon) and Umbrella. These range from large typical cafeteria style to more intimate establishments with table service. Le Diable au Coeur (+33 (0)4 76 79 99 50; lediableaucoeur.com) at the top of the "Diable" cable car comes in to the latter category, serving traditional mountain food. You can get warm by the chimney if it’s cold or sit in the sunshine on the terrace if it’s warm and enjoy the view of "La Muzelle". Restaurant Altitude la Toura (+33 (0)4 76 79 06 75) sits at 2600m near the Jandri Express mid-station and fall in to the former category, catering for up to 600 people at once, divided equally between the terrace and the restaurant.

There are 60 restaurants to choose from including some more unusual choices for the Alps, such as Mexican and Thai. There’s a wide range as you’d expect from simple creperies and pizzerias up to gourmet. For fast food, Crèpes à gogo (118 Avenue de la Muzelle; +33 (0)04 76 79 29 61; lescrepesagogo.com more than lives up to its name and is one of a dozen creperies.

Le Passe Montagne (98 Avenue de la Muzelle; +33 (0)4 76 80 10 27) is normally a good choice for traditional French mountain dishes and regional cuisine – there are dozens of others.

P’tit Polyte is arguable the best in town. Located inside Chalet Mounier, it received its first Michelin Star in 2009, thanks to the culinary skills of in-house chef Fabien Poirot.

With more than 30 food shops competing to be the providers of your groceries in resort, you won’t go hungry in Les Deux Alpes! These include a dozen supermarkets – among them two Spars, two Petit Casinos and a Sherpa (3 hameau de la Meije; +33 (0)4 76 80 16 45) which will accept advance orders and have your groceries ready to collect on arrival.