Valfréjus is one of the smaller and newer ski centres in the Alps, built as recently as 1983 on thickly wooded slopes at the entrance to the Maurienne Valley, about ten minutes' drive from the town of Modane which sits at a key strategic point on the Italian border. It’s therefore very easy to reach by road just off the A43 motorway in to Italy through the Frejus tunnel, and is also close to the mainline railway that follows a similar route, as well as being a short transfer from the airport.

Having long since learned the lessons of architectural disasters in previous decades (many well-known French resorts are large concrete blocks on windswept plateaus, reminiscent of Antarctic bases when a blizzard blows in), the designers of Valfréjus opted for development on a human scale, with dark wood clad, chalet style buildings blending into the surrounding forest. The result is a pleasant range of accommodation built in a more traditional style.

Both ski resort and the ski area above are of moderate size, making this a good choice for those seeking a quieter, affordable destination and less good for those wanting a big ski area and a thumping après ski scene. It also remains very French, with few British skiers here, a plus point for some and not so for others. The resort has been one of the few to keep spending on improvements in recent years during the ‘worldwide economic slowdown’, building a brand new gondola and six-seater chairlift for the 2009-10 season. To embrace the French resort life, then staying in a self-catered apartment is your best option.

As well as being close to the motorway, Modane is also close to many other ski areas including the big destinations of the 3 Valleys in France and the Turin Olympic ski resorts of Italy. To book your holiday, visit our Valfrejus ski deals page. 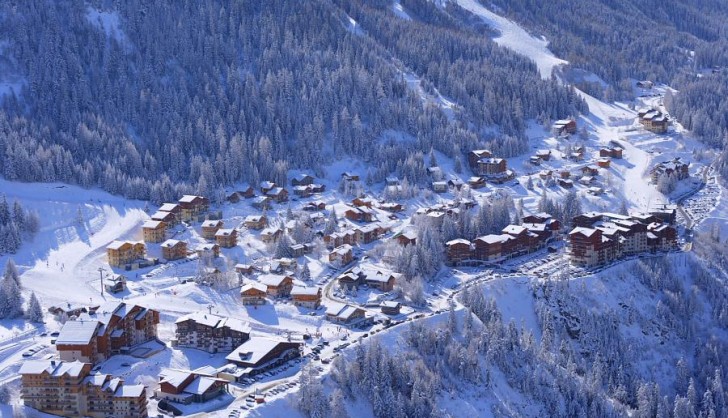