On your Vaujany ski holiday you’ll find the resort presents quite an unusual prospect for those who are veterans of numerous ski resorts! It’s a small village, linked to a huge French ski area. That in itself is not unique, but the fact that there are no pistes back to it, and a huge 160 person cable car is a rather more unusual prospect.

The village’s ability to punch above its weight in terms of lift and other infrastructure (guests will also find well above average facilities in resort, including an excellent leisure centre, extended for the 2010-11 season) is largely down to investment flowing in from a major hydroelectric power plant nearby. This has no visual impact, but is proving a good neighbour to Vaujany. Before the money started rolling in, in the late 1980s, there was no direct lift connection here, although skiing in the wider area began in the 1950s.

The village remains quite small, with a year round population of a little over 300 and not too much accommodation, it has only 2,000 guest beds (which compares to over 32,000 at Alpe d’Huez above). It works hard to maintain its character and heritage with an onus on traditions, but it is growing quite rapidly, thankfully with mostly tasteful, high quality developments of spacious modern apartments.

However few people would probably come to Vaujany if it were not for the huge Grand Rousses ski area above, one of the world’s largest ski areas extending nearly 2,100 vertical metres above the village and providing a vast choice of runs for all ability levels.

It is a good option for anyone looking to enjoy the Grand Rousses ski area at a lower cost. Visit PowderBeds' Vaujany ski deals page to find the best pricing and availability. 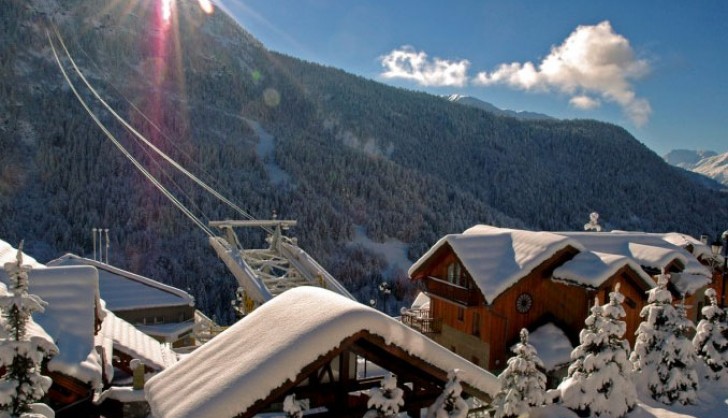