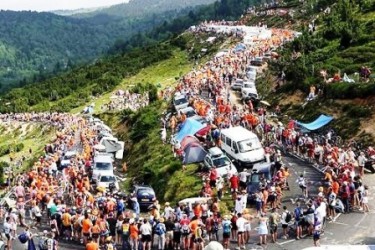 At Powderbeds we have been closely following the Tour de France and we were really chuffed to see home grown Mark Cavendish win the 15th Stage yesterday.

Today, they are going from Montpellier to Gap in Stage 16 and tomorrow sees the beginning of the Alpine leg of the Tour. The next three days are going to be really hard and what with our obsession with mountains, it is the stage that we are most interested in. It will be exciting to watch the competitors as they fight with gravity to climb the peaks that we spend so much time skiing and boarding down in the winter months.

Here is our guide to the challenges offered over the next three days.

Stage 17: This stage of the race sees riders travel from Gap to Pinerolo in Italy on the only foreign stage of the Tour this year. Marking the beginning of the Alpine stage of the race, Stage 17 features four climbs altogether. It begins with a gentle climb to Briancon near Serre Chevalier, and then a cross climb into the beautiful ski resort of Montgenevre from where you can not only ski to Italy but you can also stay in the beautiful CGH property Chalet des Dolines (at the time of writing there is an extra 10% off!) . The cyclists will be dropping across the border into the Italian ski resort Sestrieres. Finally they have a gentle climb into the city of Pinerolo which was part of the 2006 Winter Olympics and will host a stage for the first ever time. To add a little bit of education to this sports news this entry to Italy is of particular historical interest because it marks the 150 year anniversary of the Italian Unification. 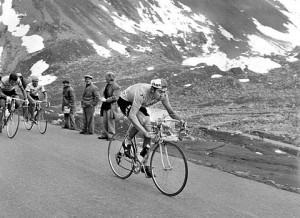 Stage 18: The 18th Stage of the race takes the competitors and their fans back across the border into France. The cyclists will be challenged by three massive ascents, including the famous col de Galibier which was first tackled 100 years ago in the 1911 Tour de France and sits close to the ski haven Valloire. Before reaching this final most testing peak, the riders have to tackle the Agnel and the Izoard: both of which are particularly fearsome. The most dramatic part of the day will be the final stage where the leader will make history by crossing the highest ever stage finish line on the dramatic peaks of the Serre Chevalier ski resort at an altitude of 2645m. We reckon that the spectators will have a great time if they stay at the 4* Residence Le Hameau du Rocher Blanc, and what a shame the cyclists won’t have time to stay at 3* L’Alpage by Pierre et Vacances. 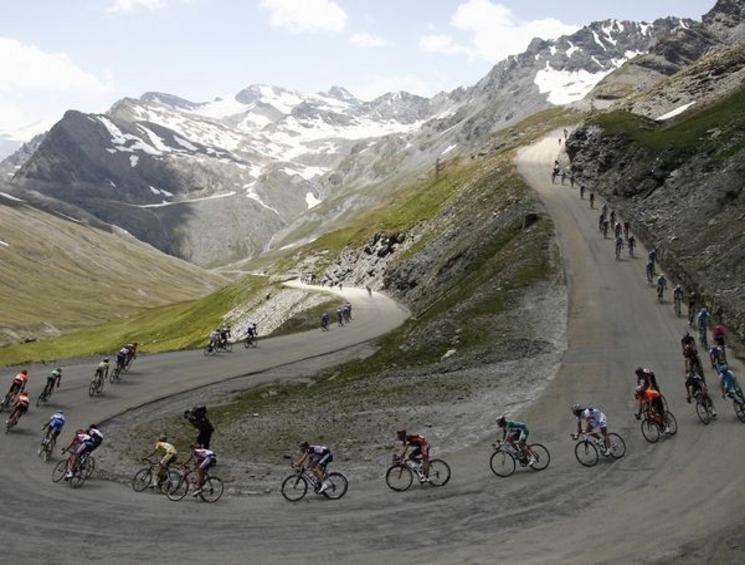 Stage 19: The final day in the French Alps sees the race travel from Modane Valfrejus (interestingly the original home of that classic piece of French ski equipment: the Monoboard) over toAlpe d’Huez. Being particularly short, Stage 19 will see attackers from an early stage. Expect excitement as the tension builds over two climbs: the Col du Telegraphe and once again the Galibier. The final stage of the day will be tough as the cyclists twist up the mountain on the 21 hairpin bends that lead to Alpe d’Huez ski resort. Slow riders will be quickly eliminated if they don’t keep up on this difficult stage but at least they will have the pick of our accommodation in Alpe d’Huez. 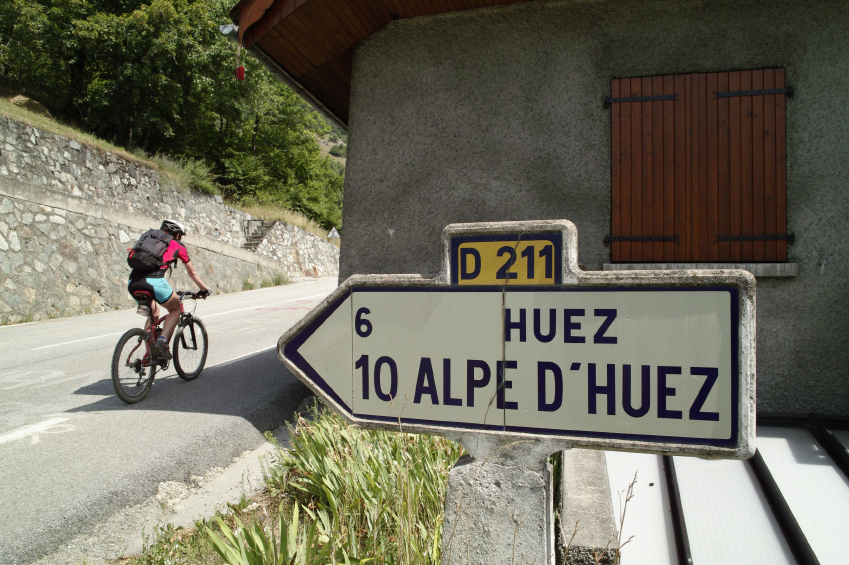 Although we don’t envy the cyclists having to exert such a huge amount of energy, we are very jealous that they will get to see those snowy white peaks and beautiful accommodation that we spend so much time dreaming about and hope that they find as much pleasure from the sight of them as any skier does.

We wish all of the competitors the best of luck in these tough final stages of the Tour de France 2011.