On your Val Cenis ski holiday you’ll find this is an internationally little known ski area in the Maurienne region of French Savoie, right on the Italian border. Although promoted as Val Cenis for nearly 40 years, and officially incorporating Val Cenis in its place name, the resort is made up of two distinct, if similar, villages – Lanslebourg and Lanslevillard - which are a few kilometres apart along the valley road. A reasonably frequent shuttle bus service links the two during the daytime, but ends in early evening. Both villages, which are of similar size, remain largely unspoiled by modern development and very French, with few dozen small shops, bars and restaurants in each.

Up above, the ski slopes are better integrated and were connected to the nearby village of Termignon a few seasons ago. The ski area now stretches across 120 kilometres (75 miles) of very varied and attractive terrain that encompasses runs cut through the woods above the villages and open snowy bowls on the upper slopes, with views in to Italy from the very top.

Val Cenis’s skiing is, however, just a part of the wider offering of the Maurienne Valley which has a very diverse offering, much of it included in a valley pass. There is, for example, a cult freeriders resort at Bonneval-sur-Arc, one of France’s leading cross-country skiing and biathlon centres at neighbouring Bessans and extensive opportunities for ski touring and even heli-skiing in to Italy. You can also reach the Three Valleys by gondola from the valley, or if the urge takes you (and you have the budget) enjoy a short helicopter hop up to Val d’Isere just over the back. 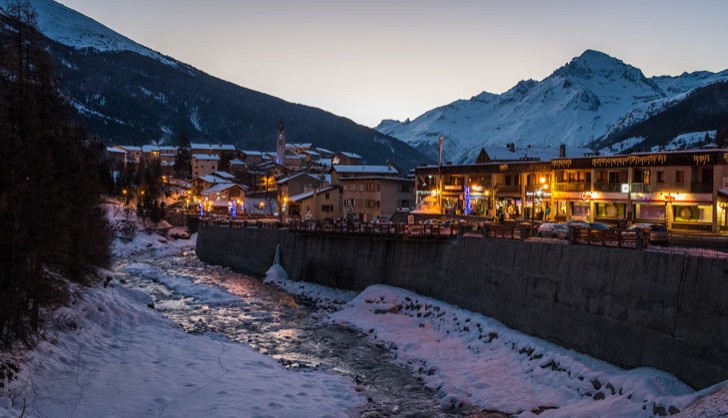 The Longest Runs in Europe to Ski This Season

Whether you're a lightning fast advanced skier or a tentative beginner, we've got some fantastic long runs for you to master this season!